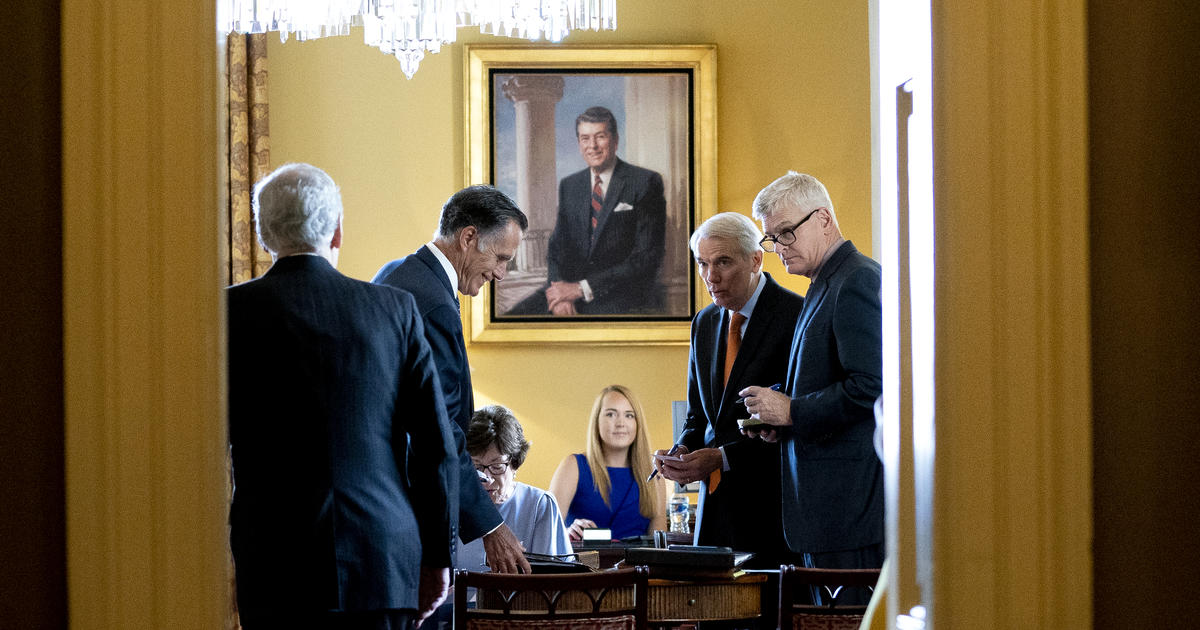 Washington — Five Republican senators negotiating the bipartisan infrastructure framework said Wednesday they have reached an agreement on the “major issues” of the bill, potentially capping weeks of discussions between Democrats and the White House that at times appeared on the brink of collapse.

Senator Rob Portman of Ohio, who has been leading negotiations for Republicans, announced the breakthrough after meeting with Senate Minority Leader Mitch McConnell and four other Republican senators. A vote to advance the measure would require 60 votes, meaning 10 Republicans would have to join all Democrats in voting to begin debate.

“We look forward to moving ahead and having the opportunity to have a healthy debate here in the chamber,” Portman told reporters. The Ohio Republican added that the text of the legislation still needed to be finalized.

With word of the brokered deal, Senate Majority Leader Chuck Schumer could move to hold a procedural vote advancing the measure in the coming hours, bringing the upper chamber one step closer to approving one of President Biden’s key domestic priorities. Senate Democrats plan to meet Wednesday afternoon to discuss the package, an aide told CBS News.

Schumer said earlier Wednesday he could call the procedural vote as early as Wednesday evening, as negotiators rushed to finalize details of the bill.

“With respect to infrastructure, senators continue to make good progress on both tracks of legislation,” Schumer said on the Senate floor Wednesday morning. “Members should be prepared to vote again on cloture on the motion to proceed to the bipartisan infrastructure bill as early as tonight.”

The proposal, which is expected to include nearly $600 billion in new spending, would prioritize funding for physical infrastructure, such as roads, bridges and broadband internet.

Negotiations appeared to be in danger of collapsing earlier this week after Democratic negotiators sent a “global offer” to Republicans seeking to resolve some outstanding issues. That offer was rebuffed by Republican negotiators.

Republican Senator Lisa Murkowski of Alaska, a member of the bipartisan negotiating group, said she plans to vote to advance to debate over the bipartisan infrastructure package.

“I think that there is a strong solid number of folks on both sides of the aisle that want to get onto an infrastructure package,” Murkowski told reporters Wednesday.

The Alaska Republican told reporters after announcing the agreement that it shows bipartisanship is still possible in the nation’s capital.

“This is also important to demonstrate that Republicans and Democrats can come together for the really hard stuff to negotiate in good faith and to broker an agreement that is not going to work just for Republicans or Democrats,” she said. “It is going to work for the country. So, it has been a long effort and there will still be a long effort going forward.”

The core group of senators negotiating the package, which includes five Democrats and five Republicans, agreed to a framework with President Biden over a month ago. In the weeks since Mr. Biden and the bipartisan group announced that agreement, White House officials and the bipartisan group have been meeting to hash out details on how to pay for the proposal. In the last few days, the group worked to resolve issues regarding the nation’s public transit system and broadband infrastructure.

Last week, Schumer called an earlier procedural vote to begin debate over the bill, but Senate Republicans blocked the measure, saying they would not begin debate without the final legislative text. Schumer set the vote to encourage negotiators to reach a deal over how to fund the measure.

The Democratic leader has insisted that the Senate must pass the bipartisan infrastructure bill and a $3.5 trillion budget resolution, which would start the reconciliation process on a separate package, before the Senate recesses in August. The budget resolution is a blueprint for Democrats to pass a major portion of Mr. Biden’s agenda without Republican support, and it is expected to include funding to combat climate change, expand Medicare and potentially reform the nation’s immigration system.