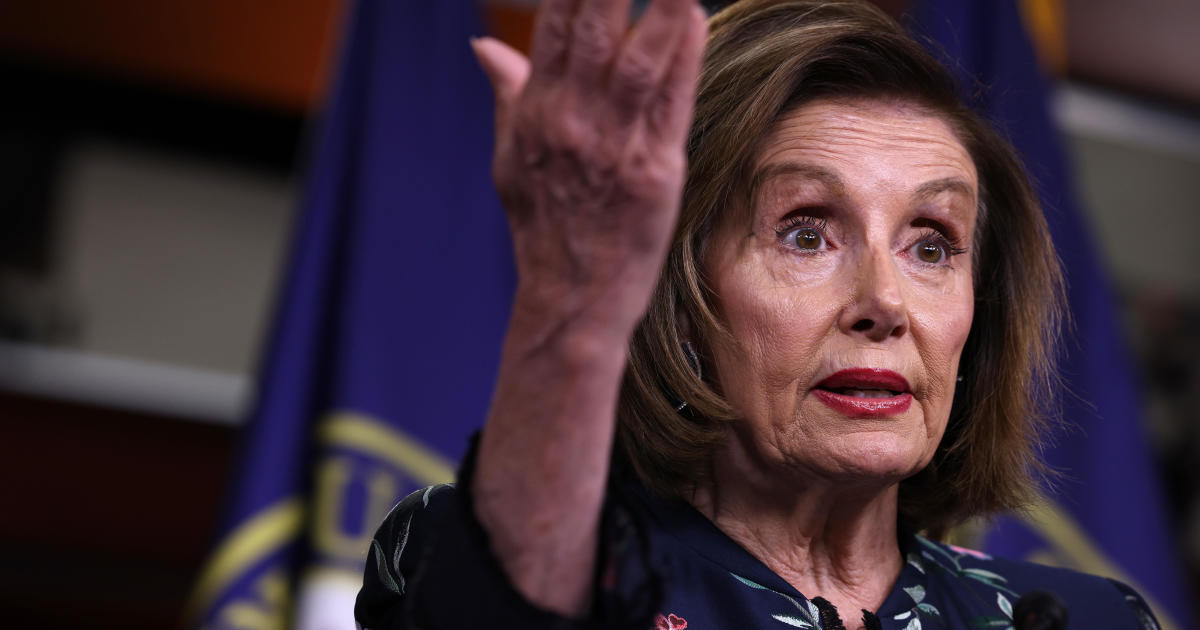 House Speaker Nancy Pelosi said Wednesday that President Joe Biden does not have the power to forgive student loan debt, putting her at odds with some members of her own Democratic caucus as the pressure builds on the president to cancel $50,000 in student loan debt per borrower.

“People think that the president of the United States has the power for debt forgiveness. He does not,” Pelosi said in response to a question at her weekly news briefing. “He can postpone, he can delay, but he does not have that power.”

The speaker said student loan forgiveness would have to be done through an act of Congress. She noted the policy debate over how much debt could be canceled and for how many people but argued the president couldn’t make the decision unilaterally.

Her comments came just one day after Senate Majority Leader Chuck Schumer, of New York, Senator Elizabeth Warren and Representative Ayanna Pressley, both of Massachusetts, held their own event calling for the president to extend the pause on federal student loan payments set to expire at the end of September as well as cancel up to $50,000 in student loan debt.

Schumer claimed Mr. Biden could use his “existing legal authority” to cancel that debt. He said it would be even more helpful to borrowers, fuel the economy and deal with racial inequality exacerbated by the cost of education.

“With all this good, all President Biden has to do is flick his pen, sign it. Make America a happier, better, more prosperous place,” Schumer said Tuesday. He indicated they were making progress with the Biden administration on the matter.

“The president can cancel $50,000 in student loan debt. He can wipe out all debt for about 36 million Americans, that’s 85% of borrowers and make life a whole lot easier for the remaining 15%,” Warren said.

Student loan debt has surpassed $1.7 trillion in the United States, making it the second largest amount of debt owed by Americans behind mortgage debt. Thirty percent of all adults, or just over 4 in 10 people who went to college, said they incurred at least some debt for their education, according to the Federal Reserve.

Pelosi, in response to a question Wednesday, suggested those with children who chose not to go to college may “not be happy” paying taxes to forgive others’ student debt obligations.

Pelosi instead praised Mr. Biden’s Build Back Better agenda, saying it offers opportunity for all Americans “whether they go to college or not.” The president’s plan unveiled earlier this year includes a proposal for free community college as well as other workforce development training.

“We want all of our kids to reach their fulfillment. To the extent that they want to go to college, we do not want them to be prohibited from doing that for financial reasons,” Pelosi said.