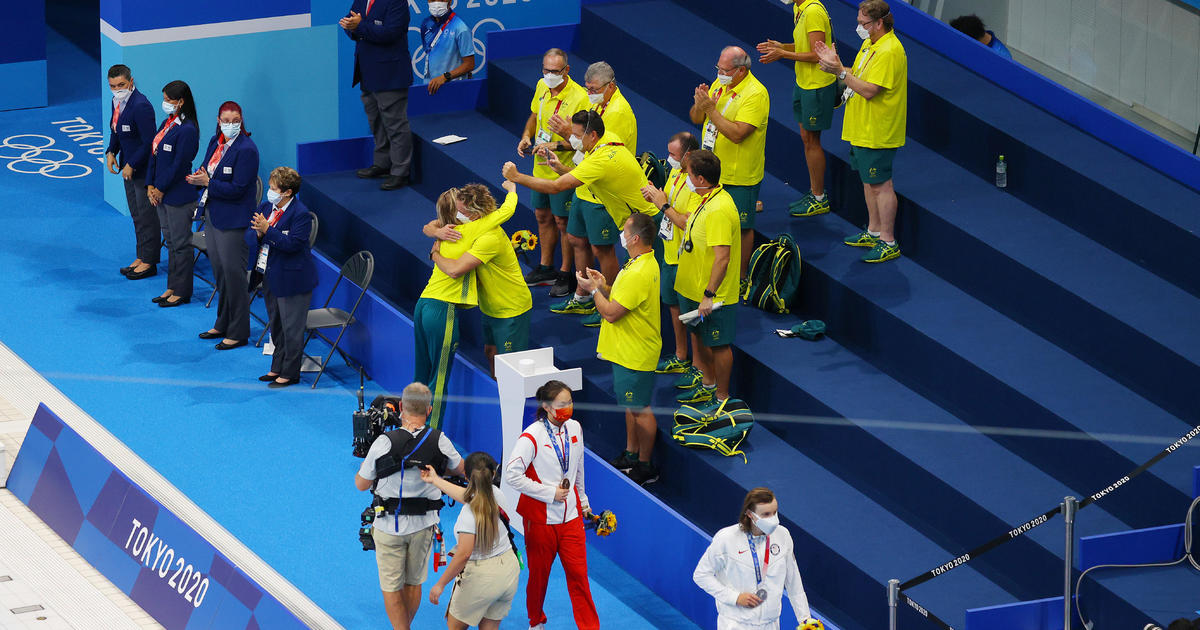 With no fans in the stands due to the pandemic, the Olympics look a little different this year – but the lack of spectators does not mean a lack of enthusiasm.

Athletes have their own highlight reels from their Olympic performances, but here are the best moments so far from off the court, mat and track and out of the pool.

Lydia Jacoby was the first American woman to win a gold medal in the swimming events in Tokyo. The high school student dominated the women’s 100-meter breaststroke, completing it in 1 minute, 4.95 seconds — and when she did, her hometown went wild.

Footage from a watch party in Seward, Alaska shows friends and family jumping for joy after Jacoby, the first Alaskan to make the U.S. swim team, earned gold.

Titmus’ coach Dean Boxall went wild after she won. Cameras caught Boxall — hard to miss in a neon yellow shirt — punching the air, shouting and pacing back and forth in sheer excitement. His celebration quickly went viral on social media.

3. Athletes show off Olympic village – including their cardboard beds

The cardboard beds are made sustainably, out of “highly durable cardboard materials,” according to the Tokyo Organizing Committee’s pre-game report. “These will be turned into recycled paper after the Games.”

Still, many athletes seized the opportunity to use the beds in fun social media posts, with the Team USA rugby women posting a tongue-in-cheek TikTok video about the seemingly stiff beds that has gone viral.

British diver Tom Daley made his Olympics debut at the 2008 Beijing games — when he was just 14 years old. Fast forward to 2021, Daley is now a father and husband, and after years of trying, he finally brought home the gold.

Daley’s husband Dustin Lance Black, and mom, Debbie, were watching together at home — and their ecstatic reaction to the win melted hearts on social media.

Ukrainian gymnast Oksana Chusovitina has competed in eight Olympic games and recently announced that at 46 years old, Tokyo would be her last.

Chusovitina competed in the vault event on Sunday and after competing, the stadium gave her a standing ovation, honoring the history-making gymnast for decades of work in the sport.