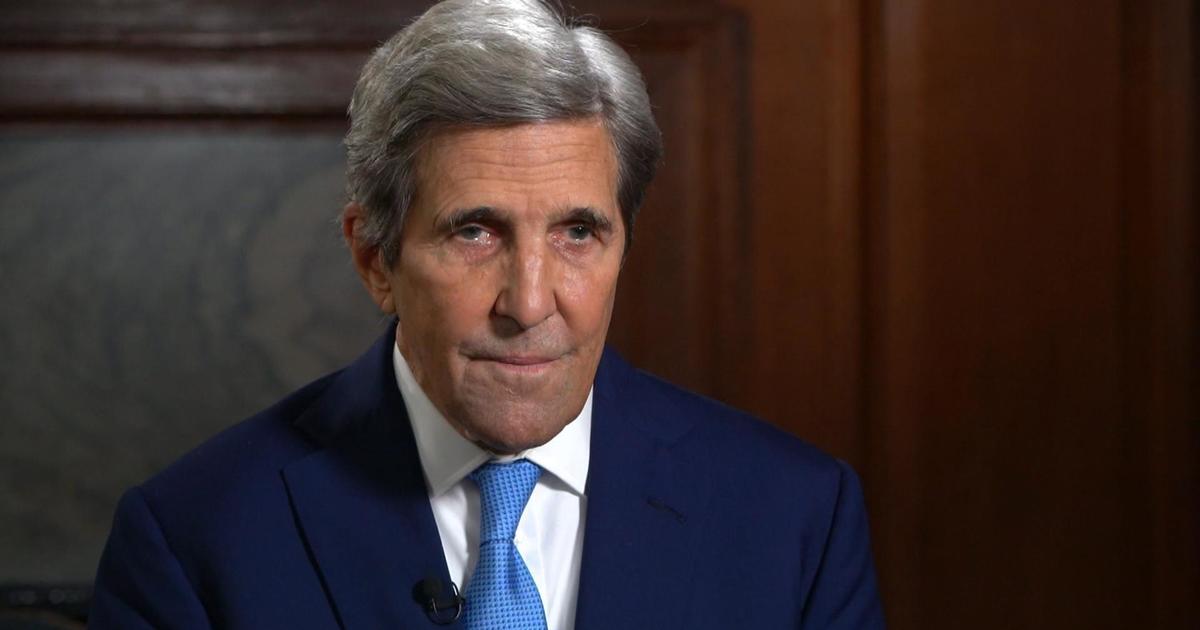 Our series “Eye on Earth” looks at how weather disasters in the U.S. and around the world are an alarming wake-up call. Scientists say climate change is driving a series of extreme weather catastrophes this summer.

In an interview seen only on CBS News, Roxana Saberi asked John Kerry, President Biden’s special envoy for climate, if the weather disasters seen this summer are spurring world leaders to take action. More than 200 of the world’s leading climate scientists are meeting now to finalize a landmark U.N. report.

“Do you feel that there’s a new sense of urgency internationally to do something faster?” Saberi asked Kerry.

“I think there’s a growing sense of urgency,” he said, “but I don’t think it’s quite at the peak level that needs to be on a coordinated basis around the planet because there’s an enormous amount we have to do.”

Meanwhile, wildfires are raging across the west, Canada, even Siberia; deadly floods are sweeping through Europe and China; and heatwaves are hitting the U.S.

“This is a direct impact of the climate crisis,” Kerry said. “And the scientists are telling us there are things we can do. We can get ahead of this.”

Kerry has been traveling the world, calling on countries to do more to cut planet-warming greenhouse gas emissions coming from power plants, transportation and industries.

“We’ve got to reduce emissions significantly enough between 2020 and 2030 that we are able to keep alive the limit on the Earth’s temperature rise,” Kerry said.

Under the 2015 Paris Climate Treaty, nearly 190 countries committed to limit global warming to nearly 3 degrees Fahrenheit this century. But the U.N. says the world is already around 2 degrees hotter than pre-industrial levels, contributing to melting ice, rising sea levels and droughts around the world.

In the U.S., the world’s second-largest emitter, key parts of the president’s climate plans – like a clean energy standard and phasing out fossil fuel subsidies – that he says are needed to get the U.S. to net-zero emissions by 2050, have faced opposition by many Republican lawmakers, who say the measures would kill jobs. Kerry disagrees.

“Jobs of a different kind will be available,” Kerry said. “As we build out a legitimate grid in America to manage our movement of electricity and energy, that is going to require plumbers and electricians and pipefitters and construction workers and heavy equipment workers and run the gamut. This is economic opportunity.”

“How can the U.S. continue to be a world leader on climate change,” Saberi said, “if President Biden won’t be able to get the main parts of his agenda passed?”

“Oh, I think the president will get the climate bill passed eventually,” Kerry said. “And… I’m not going to look at one piece of legislation.”

“Would he act outside of Congress?” Saberi asked.

“I think the president will do everything he possibly can,” Kerry said.

And Kerry says the extreme weather around the world will be increasingly hard to ignore.

“We have a window of opportunity to win this battle,” Kerry said. “And so young people are now asking the adults to behave like adults and actually get it done.”

“You have children and grandchildren,” Saberi said. “We saw the video of your granddaughter sitting on your lap as you signed the Paris climate agreement in 2016. Should they be worried or hopeful?”

“I don’t want them to worry,” Kerry said. “I’m confident that we will get to a low-carbon, net-zero carbon economy. I’m not confident that we’re going to get there in time to avoid the worst damages. We have to make this happen.”

On Sunday and Monday, Kerry and officials from 50 other countries met to find ways to make it happen. They discussed how to cut global emissions, ahead of the U.N.’s Cop26 summit this November in Scotland. But there are sticking points – like phasing out coal and determining who will pay for the policies needed to limit global warming.

The European Union is considering an ambitious climate plan, including a tax on imports from nations with high carbon emissions.
Kerry told Saberi his team is studying the possibility of doing the same in the US.

“President Biden has asked our team to evaluate that as fully as we can to understand all its implications,” Kerry said. “He has not come out in favor of it at this point in time. But it’s one of the tools that is being considered to deal with the problem of other countries not moving.”