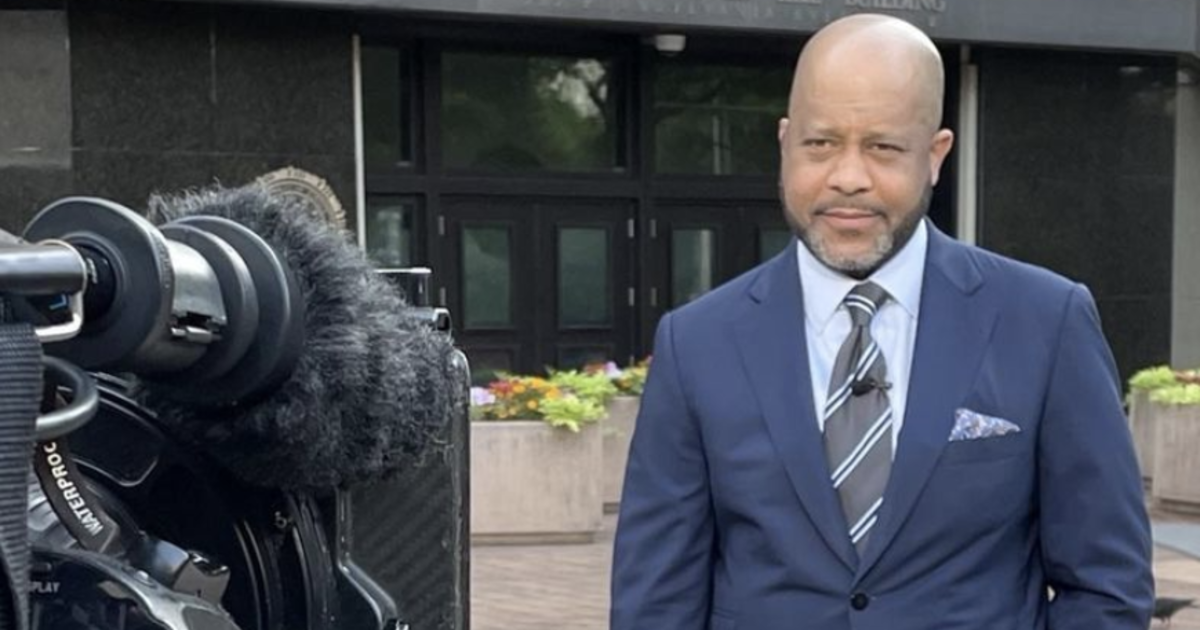 CBS News chief justice and homeland security correspondent Jeff Pegues spoke publicly for the first time about his battle with his voice in a candid interview with CBS News’ Jericka Duncan.

“It’s like a second baseman in baseball who can’t throw to first,” Pegues said during an interview on Instagram live. “I lost my voice, and frankly, I thought my career was over.”

Pegues, 51, revealed that he suffers from spasmodic dysphonia, a voice disorder that causes involuntary spasms in the muscles of the larynx. Also referred to as “shakey voice,” the disorder causes a person’s voice to break and have a tight, strained sound.

“What happens is, when you talk your vocal cords push together creating the sound,” Pegues said. “In my case, and in the case of others who have spasmodic dysphonia, the vocal cords don’t come together.”

Working with specialists at Johns Hopkins Hospital in Baltimore, Pegues says he was told there was no cure for the disorder, and that it’s related to something in the brain.

“I believe it started for me because I was feeling tremendous anxiety. About five years ago, I noticed my voice was getting weaker,” he said. “It got to the point where it would take me 20 minutes or so to read a track.”

Pegues began working with health experts to find a remedy, and recently tried Botox as a form of treatment.

“I never thought in my lifetime I would take Botox,” he said. “But this is not Botox for the bags under my eyes or the lines on my head. I was injected with vocal cord Botox, if you will.”

The Botox was injected straight into his vocal cords in an effort to make the cords stronger and push closer together to make sound.

“It’s working, I feel more comfortable speaking now than I was in the past, because I was really having a hard time,” Pegues said, noting that the disorder not only created a physical challenge, but a mental one too.

“It was perhaps the most challenging personal struggle I’ve faced in my life. What I found was that when I started losing my voice, I became introverted because I was so self-conscious about speaking,” Pegues said.

And working as a news correspondent, different high-pressure situations would arise, such as an active shooter or other breaking news, and he said spasmodic dysphonia would affect his coverage.

“At the height of this problem, I would just freeze up because I didn’t know what was going to come out of my mouth,” he revealed. “I would even decline radio interviews. I just didn’t feel comfortable. It was a real low point.”

Asked why he chose to speak about the struggle now, Pegues said, “It’s something I’ve been working on and part of that is being honest with myself and with other people. If there’s something stressful in your life, you need to weed it out of your life.”

And in the age of social media, Pegues stresses how important it is to take care of yourself and do what’s best for you in order to be happy.

“Don’t put too much pressure on yourself, take moments to break away and think about what’s really important for you,” he said. “Be honest with yourself about your mental health, as well as your physical health. It’s all very important.”