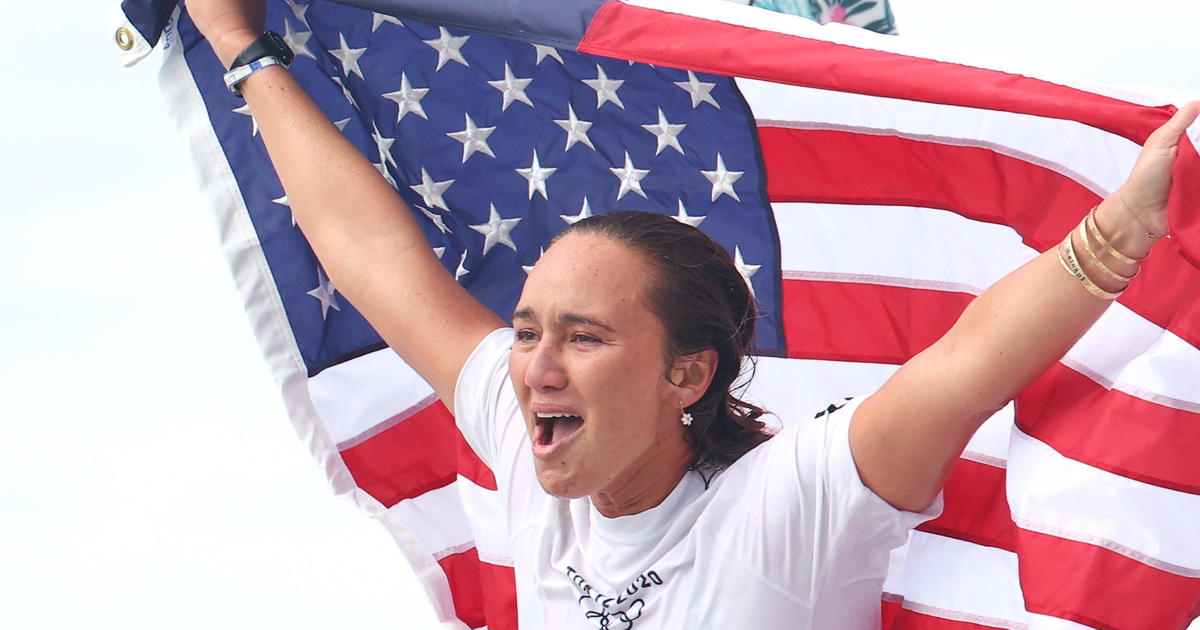 American Carissa Moore has made history by winning surfing gold. The sport made its Olympic debut at the Tokyo Games.

Moore was a child prodigy from Hawaii who grew up to be the youngest world champion surfer and a four-time world champ.

She persevered after struggling to gain momentum in the early heats at the Games.

Moore beat Bianca Buitendag of South Africa, who won silver. The 17th-ranked Buitendag pulled off upset after upset to deliver some of the contest’s biggest moments in her path to the Olympic podium.

Moore’s family gathered at a watch party in Honolulu to cheer her on because they couldn’t attend in person, reports CBS Honolulu affiliate KGMB-TV.

After Moore had clinched the gold, her mother Carol burst into tears. “Completely elated!” she said. “We’re all so happy.”

Moore’s husband, Luke Untermann, said she has worked incredibly hard to make the gold a reality.

“The conditions were extremely tough today and so it could have gone either way,” he said.

Moore was the only American surfer to reach the podium after Marks lost in the bronze medal rounds and Kolohe Andino and fellow Hawaii surfer John John Florence were eliminated in the earlier rounds.

The Reuters news agency quotes Moore as saying, “This isn’t just about this gold medal moment — it’s about surfing, using the platform to share some positivity and love, all that kind of stuff.

“I hope it has a positive impact. The ocean has changed my life and I can’t imagine my life without it, I’ll be surfing until I’m in the ground,” she continued.