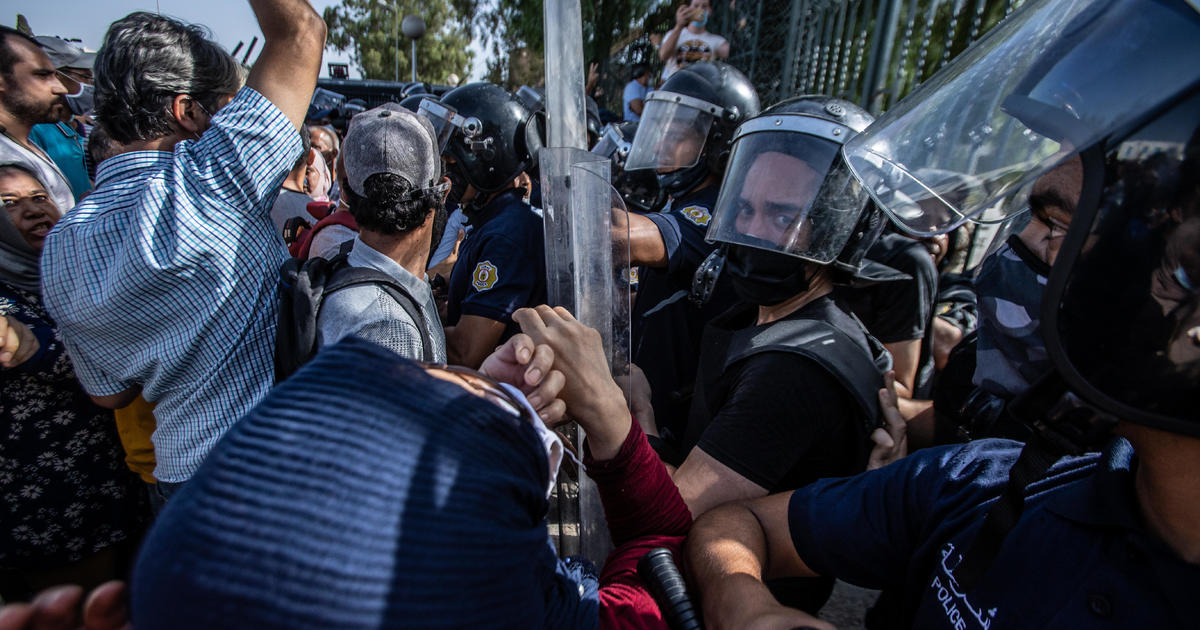 Tunisia’s president has been accused of staging a coup after he suspended the country’s parliament for 30 days and fired its prime minister. The move came amid widespread violent protests that erupted on Sunday against social and economic insecurity and the government’s handling of the coronavirus pandemic, BBC News reported.

Tunisia has been experiencing a massive surge in coronavirus cases, and critics say a slow and poorly managed vaccine rollout has fueled frustration. COVID deaths in the country have skyrocketed to one of the highest per capita rates in the world, the Agence France-Presse news agency said.

Protesters on Sunday called for the dissolution of the government and the firing of prime minister Hichem Mechichi. They threw stones, lit fires, and tried to storm the headquarters of Mechichi’s political party, Ennahdha. Police used pepper spray against demonstrators, according to the BBC.

“We have taken these decisions … until social peace returns to Tunisia and until we save the state,” Tunisian President Kais Saied, who is an independent politician, said in a televised address announcing the suspension of the legislature on Sunday, according to BBC News.

Tunisia’s 2011 revolution is often held up as the sole success of the Arab Spring. Under the country’s constitution, the president, prime minister and parliament all share power. The president controls foreign affairs and the military.

Saied says he is allowed to suspend parliament if it is in imminent danger, but critics say he went against rules set out in the constitution, the BBC reported.

“What Kais Saied is doing is a state coup against the revolution and against the constitution, and the members of Ennahdha and the Tunisian people will defend the revolution,” the Ennahdha party said in a statement, according to the Al Jazeera. Ennahdha, which was banned before the 2011 revolution, has been the most consistently successful party since then, Al Jazeera said.

Saied and Mechichi were embroiled in political disputes for over a year, and Saied had been threatening to fire Mechichi and dissolve parliament before Sunday’s move, Tunis-based journalist Rabeb Aloui told Al Jazeera.