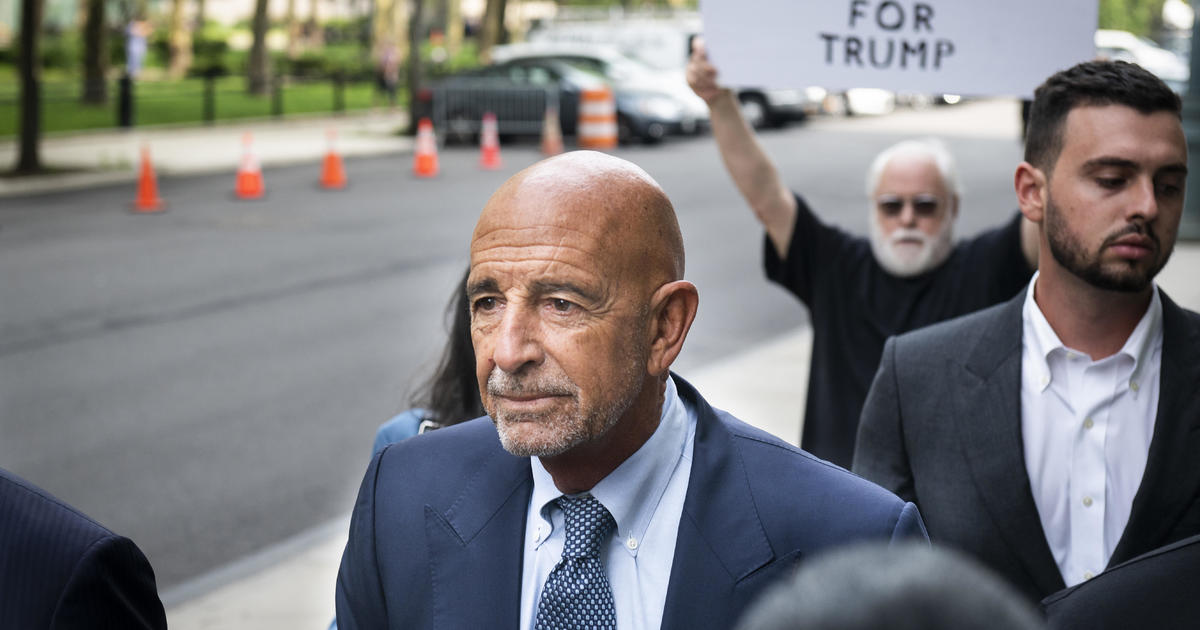 Washington — Thomas Barrack, a longtime ally of former President Donald Trump who headed up his presidential inaugural committee, pleaded not guilty on Monday to federal charges stemming from his work unlawfully lobbying the Trump administration on behalf of the United Arab Emirates.

Barrack appeared in federal court in Brooklyn for his arraignment, days after he was released from custody on a $250 million bond while he awaits trial. He was arrested last week and faces charges for acting as a foreign agent for the UAE, obstruction of justice and making false statements to the FBI about his dealings.

Under the terms of his bail agreement, Barrack must wear an electronic ankle bracelet with GPS monitoring and adhere to a curfew. His travel is restricted to Southern California and parts of New York, where he was charged.

Matthew Grimes, an employee of Barrack’s who was also charged by federal prosecutors for illegally lobbying for the UAE, was also freed Friday on a $5 million bond and pleaded not guilty. He is prohibited from having contact with Barrack except in the presence of attorneys.

A seven-count indictment unsealed in federal court last week claimed that from April 2016 to April 2018, Barrack, Grimes and another man, Rashid Sultan Rashid Al Malik Alshahhi, acted as unregistered foreign agents for the UAE. Prosecutors said Barrack capitalized on his relationship with and access to Mr. Trump to influence his foreign policy positions first during the 2016 presidential campaign and then during the Trump administration to benefit the UAE.

Prosecutors allege that Barrack then lied to FBI agents during a voluntary interview in June 2019, including about efforts to connect Mr. Trump with two Emirati officials after the 2016 presidential election.

A longtime friend of the former president’s, Barrack was tapped to lead Mr. Trump’s Presidential Inaugural Committee after the 2016 election. But the committee’s activities came under scrutiny from federal, state and local investigators, though the charges against Barrack are unrelated to his work as chair.

Barrack is the latest person close to Mr. Trump to face charges, including several who came under scrutiny by special counsel Robert Mueller and his investigators. Most recently, Mr. Trump’s namesake company, The Trump Organization, and its longtime chief financial officer Allen Weisselberg were indicted by a grand jury in New York this month.

Nicole Sganga and Cassandra Gauthier contributed to this report.