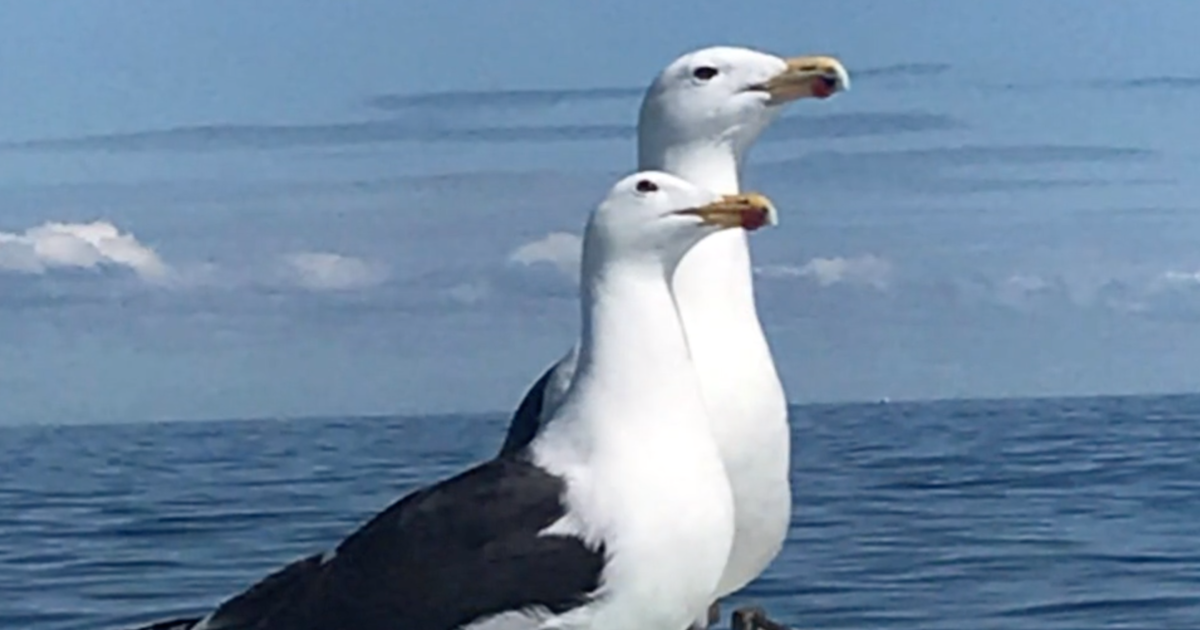 Since CBS News first told the story of captain John Makowsky and his seagull friend Red Eye, life has only gotten better for the bird.

Makowsky and Red Eye first met in 2005, when the bird showed up one day on his boat in the Gulf of Maine. Red Eye had been a faithful companion for 15 years as Makowsky pulled lobster traps.

“How hard was it for him?” CBS News asked Makowsky’s wife, Debbie, when the story first aired in August.

“Oh, very, very difficult,” she responded. “To watch John and see how sad he was. I could tear up right now.”

“I don’t know why I was so emotionally crushed, but it was a piece missing. I was beginning to wonder how much longer I felt like doing this,” Makowsky said.

So in an attempt to save his passion for the sea, he tried to save that seagull. He actually caught her and brought her to the Center for Wildlife in Cape Neddick, Maine. The staff nursed Red Eye while Makowsky spoiled her with Brown Hake — her favorite kind of fish.

Just a few weeks later, Red Eye was good as new and released back into the wild. Of course, “the wild” was never really Red Eye’s thing, which is why, still today, no matter where Makowsky is in this great ocean, Red Eye somehow finds him.

To contact On the Road, or to send us a story idea, email us: OnTheRoad@cbsnews.com