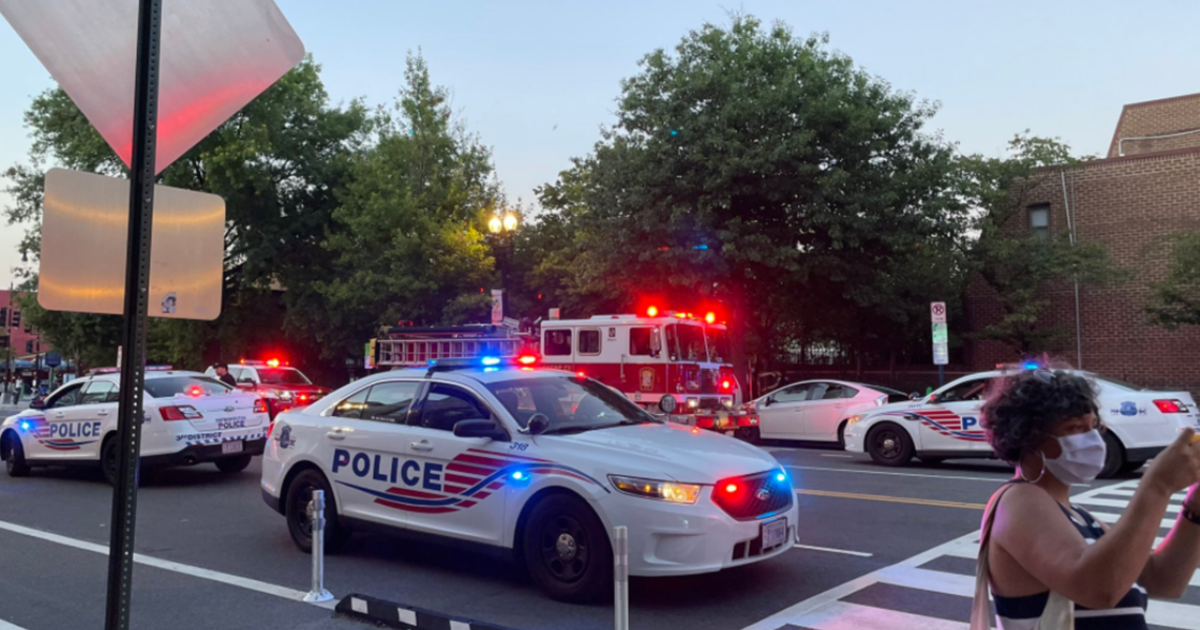 Police have responded Thursday night to the scene of shots fired at a street in Washington, D.C., known for restaurants and bars. At least two adult males were wounded, according to the Metropolitan Police Department. Officials say both men are “conscious and breathing.”

The Metropolitan Police Department confirmed in a tweet that a shooting took place at the intersection of 14th and Riggs Street. Police are looking for a male leaving the scene in what they described as an older black Honda Civic.

Video showed the area blocked off and first responders at the scene. Police said the shooting is under investigation. Police Chief Robert Contee of the Metropolitan Police Department of Washington, D.C., is at the scene and will provide more updates this evening, according to the police department’s tweet.

Thursday’s shooting comes days after one that took place outside the stadium where the Washington Nationals were playing against the San Diego Padres on Saturday night. That incident led to a panicked scene, with attendees ducking for cover and the teams retreating to their clubhouses. Police said that three people were shot in that incident.

This is a developing story. Please check back for latest updates.