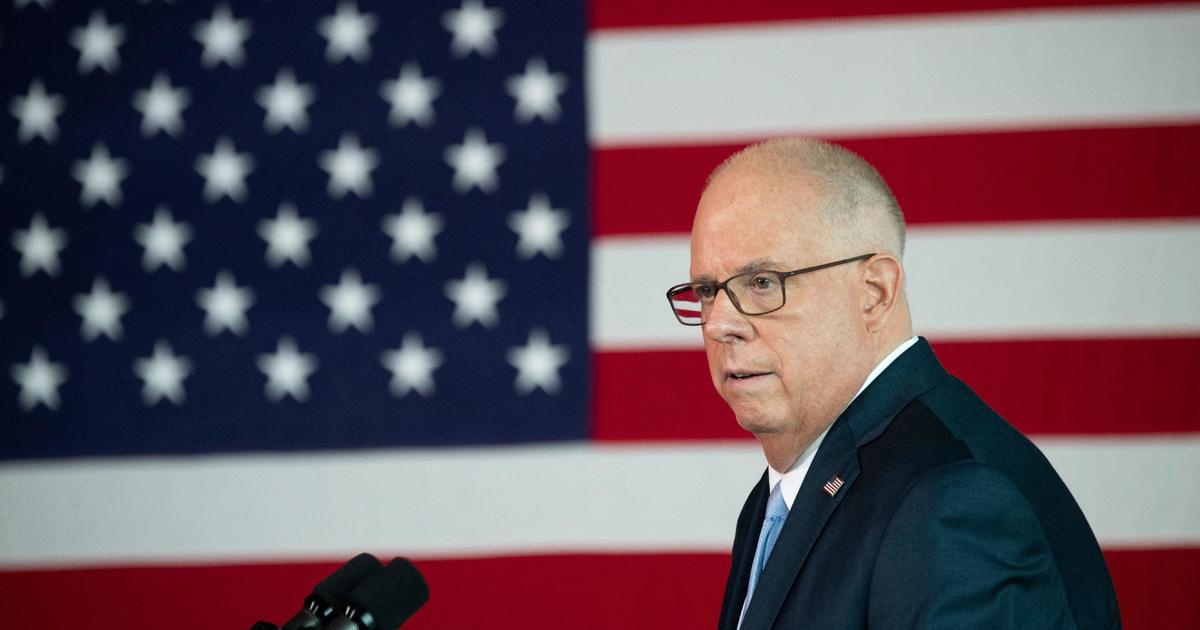 Maryland Governor Larry Hogan says he doesn’t think Donald Trump will run for president in 2024, that some House Republicans are “whitewashing” the January 6 riot at the Capitol, and that he plans to raise money and campaign for Liz Cheney’s reelection.

On “The Takeout” podcast this week, Hogan, a two-term Republican governor, discussed a wide range of topics, ranging from the January 6 Select Committee investigation to his political aspirations to COVID-19.

“We have to get to the bottom of exactly what happened [on January 6]. And there’s no whitewashing,” Hogan CBS News chief Washington correspondent Major Garrett. “We need to get all the facts and find out exactly what happened. But there’s no way to just overlook this and say it didn’t happen. The nonsense about ‘these were just peaceful tourists’ is completely absurd.”

But Hogan added that he’s “concerned” about the select committee’s potentially partisan findings and that a true bipartisan committee would have been a better option to probe the events of January 6. In May, Senate Republicans voted down a bill that would have created an independent commission.

Hogan declared his support for Wyoming Congresswoman Liz Cheney, who, after voting to impeach former President Trump on charges of inciting an insurrection on January 6, was ousted from her third-ranking leadership position in the Republican party.

“I have a great deal of respect and admiration for Liz Cheney. I think she showed a lot of courage when there were not too many examples of profiles of courage,” Hogan said, adding that he would help the vocal Trump critic in her high-profile 2022 reelection bid. “We need people like Liz Cheney in the Republican Party,” Hogan added.

Hogan, like Cheney, is a vocal critic of Mr. Trump, and he’s viewed as a possible GOP presidential candidate for 2024. When asked by Garrett if he plans to run for president, Hogan said he’d “see what happens in the midterms and see what opportunities present themselves,” but “it’s far too early” for a final decision to be made. He did, however, rule out trying to unseat Democratic incumbent Senator Chis Van Hollen in 2022, saying that he has “no interest whatsoever in running for the United States Senate.”

The Maryland governor weighed in on the nation’s efforts to contain COVID-19, blaming misinformation spread by Trump-influenced Republicans for vaccine hesitancy that has fueled the virus. As the Delta variant continues its rapid spread across the country, Hogan was saddened to see so many cases among unvaccinated communities.

“It breaks my heart that we can’t break through, and we can’t convince some of these folks [to get vaccinated] because it’s the simplest thing to do to keep you and your family and your loved ones safe,” he said.

According to Hogan, Maryland will not require children to wear masks when they return to school or impose a vaccine mandate once the vaccines receive full Food and Drug Administration approval, which is expected in the coming weeks. This is because Maryland’s vaccination rates are already high — it has already managed to get 76% of those 18 or older vaccinated already.

Hogan also told Garrett that he’s concerned about “echo chambers” created by social media platforms and the disinformation campaigns that infiltrate these communities for issues like January 6, the 2020 election, and COVID vaccines. He called vaccine disinformation and misinformation “a serious problem all across the country,” and said that “among people who have not gotten vaccinated, it’s not because it wasn’t available, it’s because they had reservations [due to disinformation].”

Highlights from this week’s conversation with Maryland Governor Larry Hogan: