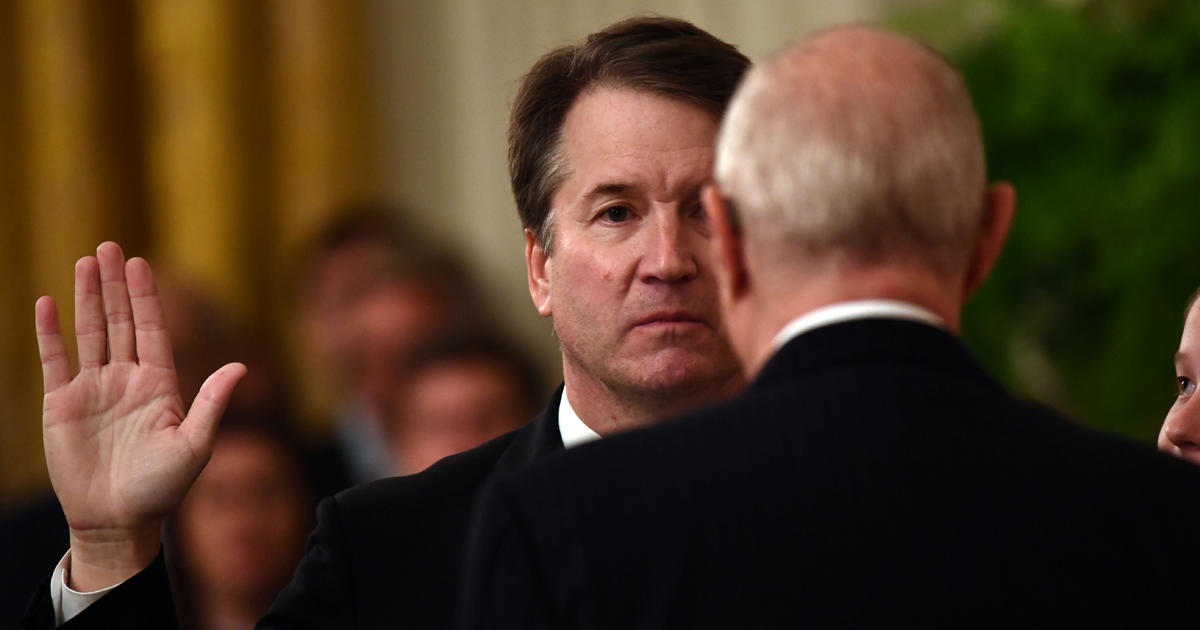 Senate Democrats are lambasting the FBI and demanding answers after learning the bureau had received 4,500 tips about then-Supreme Court nominee Brett Kavanaugh that it had forwarded to the White House Counsel’s Office.

According to a June 30 letter sent by FBI Assistant Director Jill Tyson to Democratic senators, the bureau received over 4,500 tips after setting up a tip line during Kavanaugh’s tumultuous 2018 Senate confirmation process.

Tyson reminded senators that the FBI’s role in background investigations isn’t to adjudicate security clearances — its work is “purely fact finding.” If it “becomes aware of new information that raises questions about the candidate’s suitability or trustworthiness,” the FBI notifies the entity that requested the investigation but won’t begin a supplemental investigation unless the entity asks for one.

“Because the FBI was again acting in its role as an ISP and not as a criminal investigative entity, the authorities, policies and procedures used to investigate criminal matters did not apply,” the FBI letter said.

Senate Democrats, in a letter to the FBI Friday, blasted the bureau for its handling of the thousands of tips about the Supreme Court nominee. Kavanaugh was accused of sexual misconduct as a young person, although no criminal charges were filed and he was narrowly confirmed by the Senate, 50-48, in October 2018.

“Your letter fails to explain how the FBI reviewed and assessed the tips, or whether the bureau conducted any interviews related to information received through the tip line or otherwise pursued tips,” wrote Senators Sheldon Whitehouse, Chris Coons, Dick Durbin, Patrick Leahy, Richard Blumenthal, Mazie Hirono and Cory Booker.

“If the FBI was not authorized to or did not follow up on any of the tips that it received from the tip line, it is difficult to understand the point of having a tip line at all,” the senators wrote.

It isn’t clear what happened to the 4,500 tips once they reached the White House Counsel’s Office, and the Democratic senators want to learn more about this.

The FBI’s June 30 letter is the result of nearly two years of requests from Whitehouse and Coons, who have been pressing FBI Director Christopher Wray for answers about how it handled inquiries surrounding Kavanaugh.

The senators are urging the FBI to hand over any records about the tip line, and the “relevant tips” described by the FBI, among other things, giving the FBI until August 31 to respond.