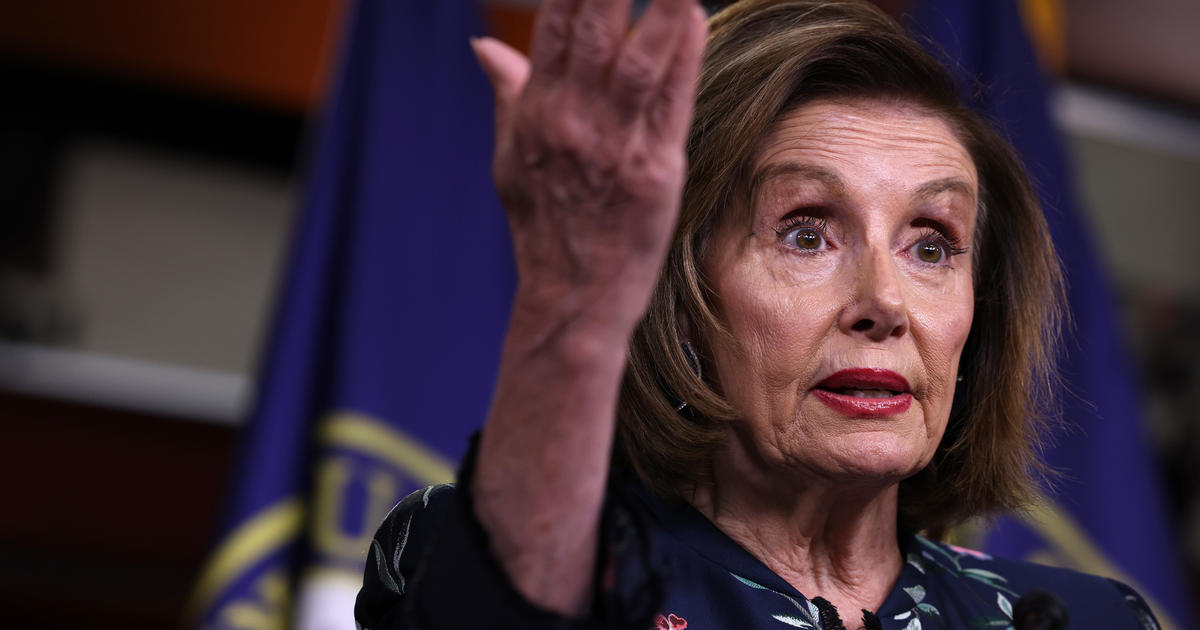 Washington — House Speaker Nancy Pelosi said Thursday that some Republican lawmakers have “expressed their interest” in serving on the select committee investigating the January 6 assault on the U.S. Capitol after House Minority Leader Kevin McCarthy threatened to pull his picks from the panel.

While the California Democrat would not reveal who may be under consideration to join the select committee, she said “some of them have expressed their interest.”

The House voted last month to create a select committee to probe the January 6 riots at the Capitol after Senate Republicans blocked an effort to form an independent commission to examine the attack. The panel is composed of 13 members — eight appointed by Pelosi and five selected by McCarthy, though the speaker has the power to reject the Republican leader’s picks.

Pelosi exercised that veto power on Wednesday, when she announced she would be nixing two of the GOP lawmakers selected by McCarthy, Congressman Jim Banks of Indiana and Congressman Jim Jordan of Ohio, because of statements they made about the Capitol assault. McCarthy tapped Banks as the committee’s ranking member.

The California Democrat said she had no objection to McCarthy’s other three selections, Rodney Davis of Illinois, Kelly Armstrong of North Dakota and Troy Nehls of Texas.

In response to the speaker’s move, McCarthy threatened to pull all five of his Republican selections from serving on the select committee if Pelosi did not reverse course.

“Republicans will not be party to their sham process and will instead pursue our own investigation of the facts,” he said.

One Republican, Congresswoman Liz Cheney of Wyoming, has already been appointed to the panel as a pick by Pelosi, along with seven Democrats. Cheney defended the speaker’s decision to axe Jordan and Banks from the panel and said Wednesday that McCarthy has “attempted to prevent the American people from understanding what happened” on January 6.

The House speaker did not say whether she is considering another GOP lawmaker critical of former President Donald Trump, Congressman Adam Kinzinger of Illinois, for a spot, but told reporters his military service “is considered of course an asset in what we have to do.” Democratic Congressman Bennie Thompson of Mississippi, chair of the select committee, said Kinzinger is “the kind of person we’d want to have” on the panel.

Both Cheney and Kinzinger were among the 10 House Republicans who joined Democrats in voting to impeach Mr. Trump for his role in the January 6 assault.

The January 6 select committee is set to hold its first hearing Tuesday with officers from the U.S. Capitol Police and D.C. Metropolitan Police Department. The committee has already hired staff, and Thompson told reporters there has been discussion of appointing Republicans to work on the panel.

Zak Hudak and Aaron Navarro contributed to this report