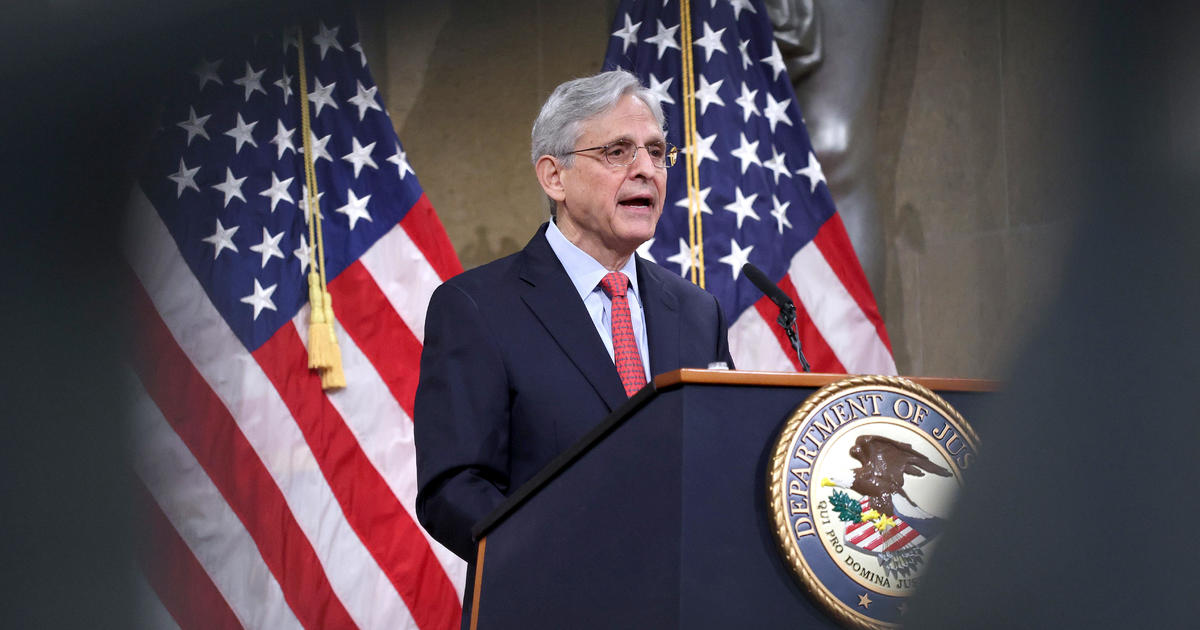 Washington — The Justice Department on Thursday is launching five gun trafficking strike forces to tackle gun violence and curb the supply of firearms being illegally trafficked into key regions nationwide, the latest in a series of steps taken by the Biden administration to confront a surge in violent crime.

Attorney General Merrick Garland and Deputy Attorney General Lisa Monaco launched the five cross-jurisdictional strike forces during a visit to the Bureau of Alcohol, Tobacco, Firearms and Explosives (ATF). Later on Thursday, Garland will travel to Chicago, one of the strike force cities.

The five key regions are: New York, Chicago, Los Angeles, the San Francisco Bay area and Sacramento Region, and Washington, D.C. Led by U.S. attorneys in each of the areas, the prosecutors will work with ATF and state and local law enforcement to identify patterns, leads and possible suspects in violent gun crimes.

“All too often, guns found at crime scenes come from hundreds or even thousands of miles away. We are redoubling our efforts as ATF works with law enforcement to track the movement of illegal firearms used in violent crimes,” Garland said in a statement. “These strike forces enable sustained coordination across multiple jurisdictions to help disrupt the worst gun trafficking corridors.”

The strike forces intend to leverage existing resources to disrupt significant trafficking corridors and, ultimately, the full network, from where the guns originate and flowing to the places they are used to commit violent crimes.

A Justice Department official told reporters the effort is not a “short-term infusion of resources” but a sustained coordinated and multi-jurisdictional strategy. The new effort prioritizes intelligence-sharing between source areas and market areas, where guns are used in crimes, and links law enforcement and prosecutors from the places where violence is taking place with officials in the jurisdictions where the firearms came from, the official said.

Gun trafficking is not a crime, but those involved in the schemes are prosecuted under other laws, such as conspiracy, prohibited possession or making false statements, an ATF official told reporters.

The Justice Department and President Biden have rolled out a series of initiatives with the goal of addressing gun violence and curbing the flow of firearms used to commit violent crimes. Last month, Mr. Biden and Garland announced ATF would be cracking down on federal firearms licensers who violate key regulations. The president has also encouraged cities to use remaining COVID-19 pandemic relief money for community policing funds or teenage job programs.

In April, Mr. Biden directed ATF to propose a new rule to stem the increase of so-called ghost guns and review the use of stabilizing braces used to convert pistols to short-barreled rifles.

The latest move from the Justice Department comes as cities nationwide confront a spike in violent crime. A study from the National Commission on COVID-19 and Criminal Justice examining crime rates in 34 cities found homicide rates were 30% higher in 2020, while aggravated assault increased 6% and gun assault rose by 8%.