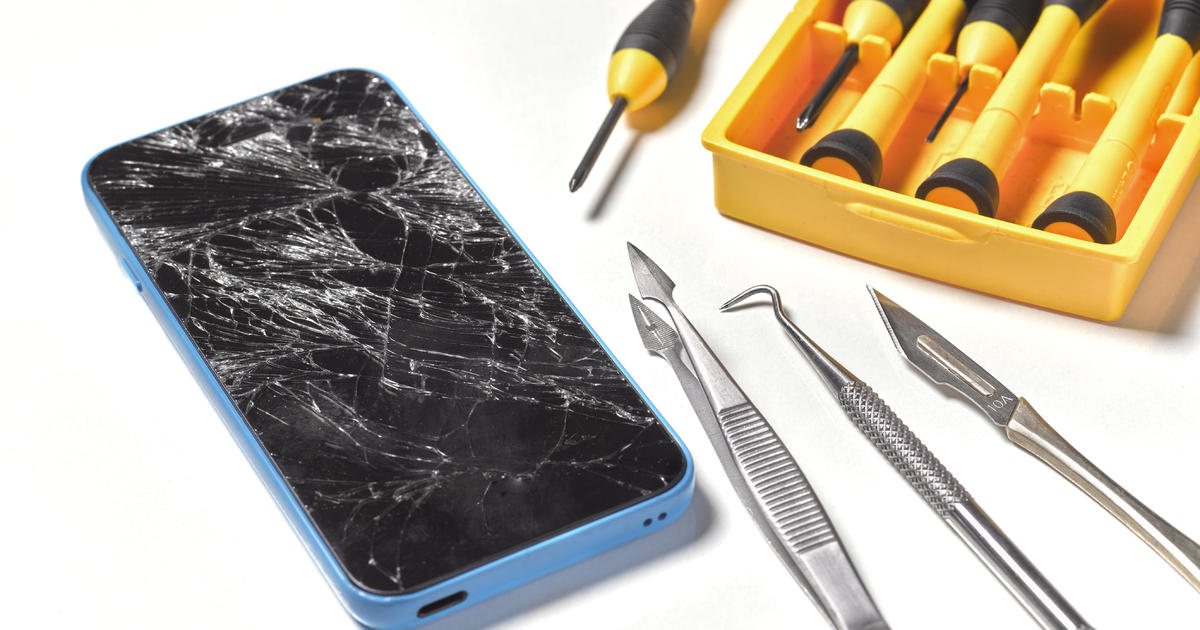 Americans would be freer to repair their broken cellphones, computers and videogame consoles themselves, or to use independent repair shops, under changes being eyed by federal regulators.

The regulators maintain that restrictions have steered consumers into manufacturers’ and sellers’ repair networks or led them to replace pricey electronics and other products before the end of their useful lives.

As the Federal Trade Commission and the Biden administration see it, that raises issues of anti-competitive conduct.

The FTC is moving toward writing new rules targeting the restrictions. On Wednesday, the five FTC commissioners unanimously adopted a policy statement supporting the “right to repair” that pledges beefed-up enforcement efforts and could open the way to new regulations.

“These types of [repair] restrictions can significantly raise costs for consumers, stifle innovation, close off business opportunity for independent repair shops, create unnecessary electronic waste, delay timely repairs and undermine resiliency,” FTC Chair Lina Khan said. “The FTC has a range of tools it can use to root out unlawful repair restrictions, and today’s policy statement would commit us to move forward on this issue with new vigor.”

The policy statement commits the agency to prosecute repair restrictions that violate current antitrust or consumer protection laws. A 1975 law, for example, requires that if a product has a warranty — which is not mandatory — the warranty must avoid using disclaimers in an unfair or deceptive way. It also prohibits tying a warranty to the use of a specific service provider or product, unless the FTC has issued a waiver in that case.

The repair restrictions often fall most heavily on minority and low-income consumers, the regulators say. An FTC report to Congress in May noted that many Black-owned small businesses make equipment repairs, and repair shops often are owned by entrepreneurs from poor communities.

For minority and low-income consumers, the repair restrictions are especially acute for cellphones, the report says. Those consumers often have cellphones but no broadband access for computers at home, increasing their dependence on the phones.

Industry critics say the coronavirus pandemic worsened the effects of repair restrictions for all consumers as computers became essential for working remotely, schooling children at home and visiting relatives on screens — while many large chain stores stopped offering on-site repairs.

Last July, as the country struggled to rein in the pandemic, hospital biomedical repair technicians tasked with keeping ventilators and other life-saving medical equipment up and running faced unnecessary and time-wasting hurdles, a 2020 survey by the consumer watchdogs at U.S. Public Interest Research Group warned.

The survey found almost half of 222 workers known as biomeds, or BMETs, reported being denied access to “critical repair information, parts or service keys.”

More than 90% said they’d been denied service information for critical equipment including defibrillators, ventilators, anesthesia machines and imaging machines, with 17% reporting it happening “most of the time” and 47% reporting it occurring “somewhat frequently.”

Manufacturers, on the other hand, maintain that repair restrictions are needed to safeguard intellectual property, protect consumers from injuries that could result from fixing a product or using one that was improperly repaired, and guard against cybersecurity risks. Manufacturers say they could face liability or harm to their reputation if independent repair shops make faulty equipment repairs.

New right-to-repair laws and regulations “would create innumerable harms and unintended consequences for consumers and manufacturers alike, including by limiting consumer choice, impeding innovation, threatening consumers’ safety and wellbeing, [and] opening the door to counterfeits,” the National Association of Manufacturers said in a prepared statement.

Legislation to ease repair restrictions is active in about 25 states, and the European Community also is considering new right-to-repair regulations.

The repair directive was included in President Joe Biden’s sweeping executive order issued earlier this month targeting what he labeled anti-competitive practices in tech, health care, banking and other key parts of the economy. The order has 72 actions and recommendations that Biden said would lower prices for families, increase wages for workers and promote innovation and faster economic growth. New regulations that agencies may write to translate his policy into rules could trigger epic legal battles, however.

The order includes calls for banning or limiting so-called noncompete agreements to help boost wages, allowing rule changes to pave the way for hearing aids to be sold over the counter at drugstores, and banning excessive early-termination fees by internet companies. It calls on the Transportation Department to consider requiring airlines to refund fees when baggage is delayed or in-flight services aren’t provided as advertised.

That practice not only trashes the planet but costs consumers big bucks, according to PIRG. Americans waste $40 billion each year from not being able to repair products, the group noted in a report last week. That comes to about $330 per household every year. And the proliferation of internet-connected “smart” devices is adding to the stream of hard-to-repair items, consumer advocates say.

Allowing consumers to make their own repairs “saves money, and it keeps electronics in use and off the scrap heap,” Proctor said in a recent statement. “It helps farmers keep equipment in the field and out of the dealership.”

“You don’t think of a tractor as high-tech as everything else we have,” Kyle Wiens, the founder and CEO of iFixit, told CBS correspondent David Pogue last year. “But a tractor has a touchscreen in it; it’s got a computer.”

Said Proctor, “More repair choices will protect the environment by cutting down on the amount of new electronics we make and old stuff we toss.”

Kate Gibson and Irina Ivanova contributed to this report.