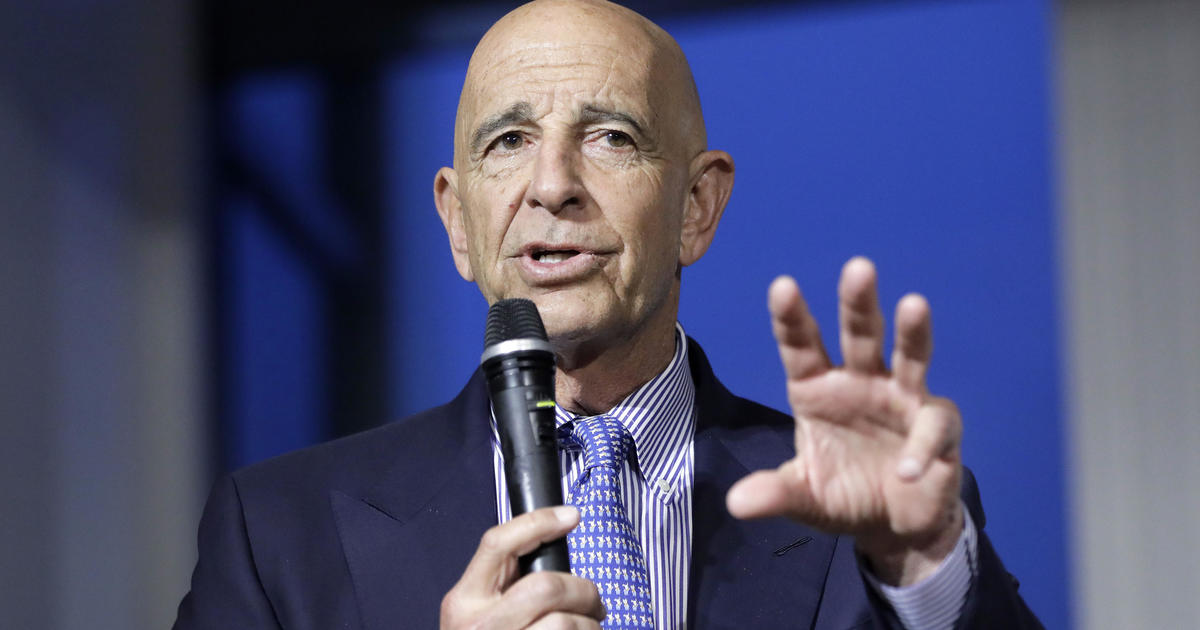 Washington — Thomas Barrack, a close adviser to former President Trump and chair of his inaugural committee, was arrested Tuesday morning and charged with a violating federal lobbying law after allegedly failing to disclose his work on behalf of the United Arab Emirates, the Justice Department said.

A seven-count indictment was unsealed in federal court in Brooklyn charging Barrack and two others, Matthew Grimes and Rashid Sultan Rashid Al Malik Alshahhi, for their alleged efforts between April 2016 and April 2018 as agents of the UAE. Barrack allegedly attempted to influence the foreign policy positions of then-candidate Donald Trump during the 2016 presidential campaign and later the Trump administration.

Federal prosecutors also allege Barrack and the two others sought to influence public opinion in the U.S. in favor of UAE interests. Barrack is also facing charges of obstruction of justice and lying to federal agencies during a June 2019 interview.

He and Grimes were arrested in California and are set to appear in court in Los Angeles on Tuesday afternoon. Alshahhi remains at large, according to the Justice Department.

“The defendants repeatedly capitalized on Barrack’s friendships and access to a candidate who was eventually elected President, high-ranking campaign and government officials, and the American media to advance the policy goals of a foreign government without disclosing their true allegiances,” acting Assistant Attorney General Mark Lesko said in a statement. “The conduct alleged in the indictment is nothing short of a betrayal of those officials in the United States, including the former president.”

Barrack is a longtime friend of Mr. Trump’s and led his Presidential Inaugural Committee. He has, however, come under scrutiny from federal and local investigators for the committee’s activities. The charges unsealed Tuesday appear unrelated to the inaugural committee.

According to the 46-page indictment, Barrack leveraged his relationships with Mr. Trump and top government officials to unlawfully advance the interests of the UAE and failed to notify the attorney general he was lobbying on its behalf, in violation of federal law.

The indictment details several instances in which Barrack and the two co-defendants attempted to advance the interests of the UAE. In May 2016, prosecutors allege Barrack added language praising the UAE into a campaign speech to be delivered by Mr. Trump about U.S. energy policy and shared an advanced draft of the speech to Alshahhi to give to senior UAE officials. The three men also allegedly sought and received talking points and other feedback from top UAE officials in connection with Barrack’s press appearances in 2016 and 2017.

After Mr. Trump was elected president in November 2016, the indictment claims Barrack and the other two men acted at the direction of UAE officials to influence the policy positions of the incoming administration to benefit their interests.

Federal prosecutors say Barrack made false statements to the FBI during a voluntary interview about facilitating communications between Mr. Trump and officials from the UAE after the 2016 presidential election. Prosecutors claim Barrack arranged at least one phone call between Mr. Trump and two Emirati officials, and provided contact information for them to the then-president-elect’s assistant.