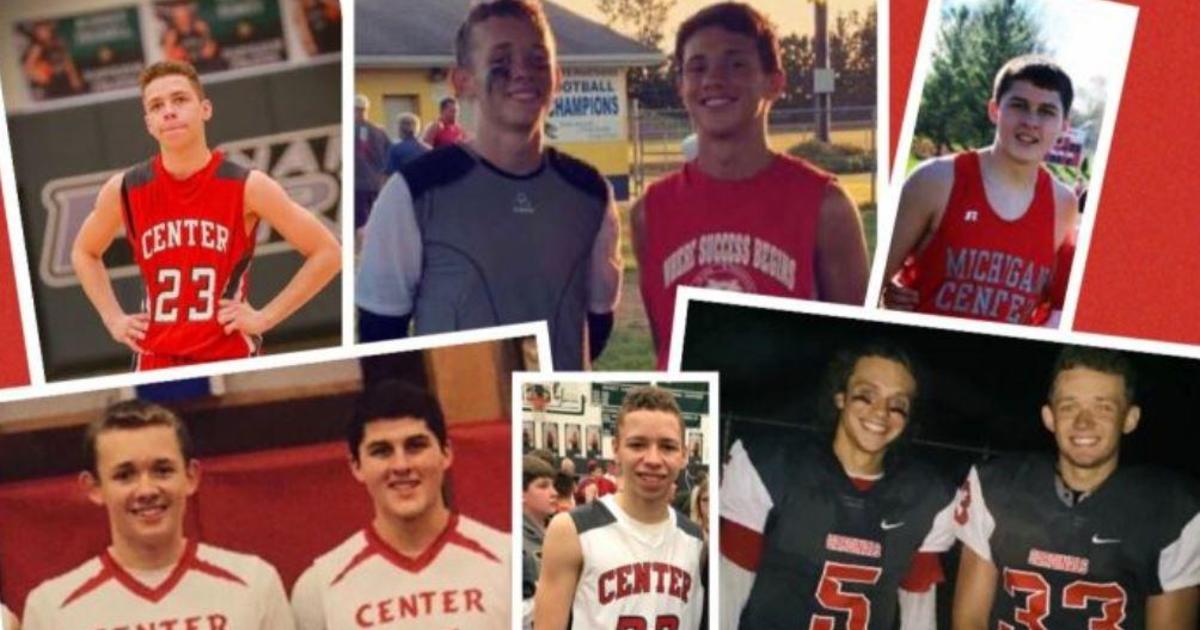 Three young men who likely died from carbon monoxide exposure while camping near a country music festival in Michigan were pals who played high school football together. They were identified as Dawson Brown, 20, William Mays Jr., 20, who was known as Richie, and Kole Sova, 19, authorities said.

“My heart is breaking for these families and the ones still fighting for their lives,” said Mays’ mother, Amy Satterthwaite, referring to two more friends who were at a hospital.

The deaths Saturday probably were caused by carbon monoxide from a portable generator that was operating too close to their travel trailer, Lenawee County Sheriff Troy Bevier said Monday.

The victims likely were asleep and “never knew what happened,” Bevier told The Associated Press.

The other men, Rayfield Johnson and Kurtis Stitt, both 20, remained in critical condition, he said.

They were at a campground across the road from the Faster Horses Festival, a weekend country music show, at Michigan International Speedway, about 80 miles west of Detroit.

“Our hearts are broken for the families, friends and loved ones,” festival organizers said on Facebook.

Brown, Mays and Sova graduated from Michigan Center High School in Michigan Center, about 60 miles west of Detroit. Brown had a landscape and lawn business. Mays had talked about selling insurance. Sova worked at the Jiffy Mix plant in Chelsea and had taken college classes.

In high school, they all were chosen as captains of the football team by their classmates, CBS affiliate WLNS-TV reports. Hundreds came to a candlelight vigil Monday night at Michigan Center High School to remember the three graduates.

“The older boys mentored the younger boys and it’s like a big family and parents knew each other,” Rae Fruth told the station. “This is just such a far-reaching tragedy I don’t think there’s anybody at Michigan Center that wasn’t touched by one of these boys or isn’t connected to some of their family in some way.”

“They had a good life,” Sova’s father, Jerry Sova, said. “I think it is important to focus on that, too.”

A GoFundMe site set up by the Michigan Center Athletic Boosters has raised more than $21,000 for the families.

Separately, state police were investigating the death of Melissa Havens, 30, of Croswell, at the festival Saturday. The cause and manner of her death still weren’t publicly disclosed.