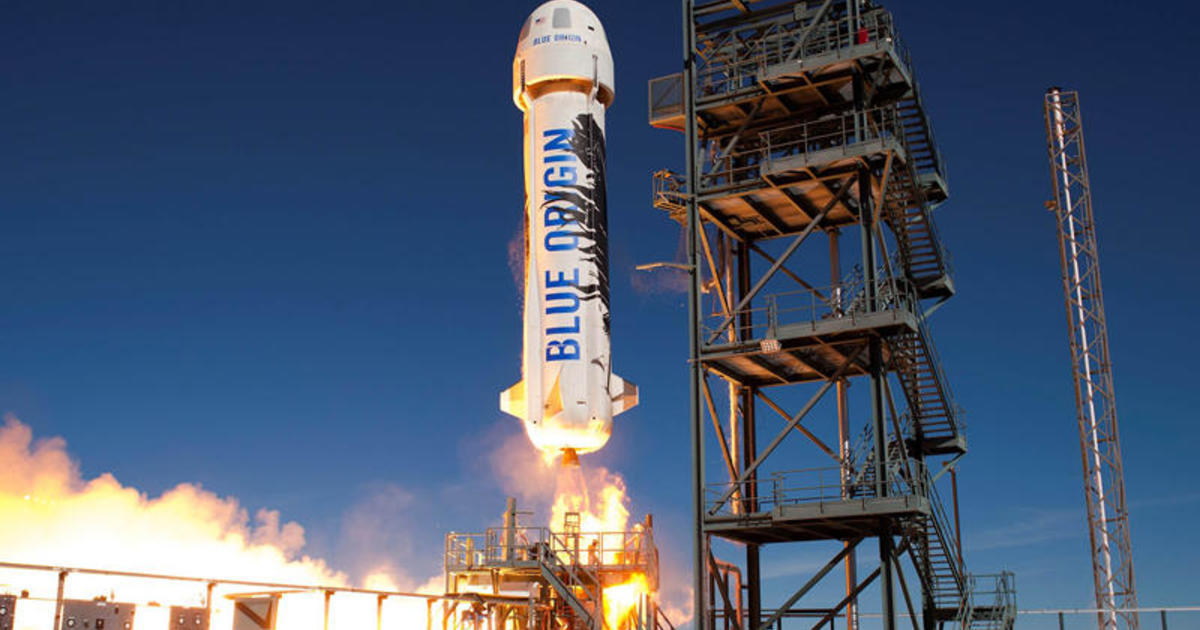 After Bezos announced his launch plans, Richard Branson, owner of the rival space company Virgin Galactic, upstaged him by lifting off on his own sub-orbital flight on July 11. But they both insist they don’t view the competition as a “space race.”

“I’ve said this so many times, it really wasn’t a race,” Branson said after landing. “We’re just delighted that everything went so fantastically well. We wish Jeff the absolute best and the people who are going up with him during his flight.”

Blue Origin, in its mission statement, says “we are not in a race” and vows to pursue its goal of “building a road to space” according to its Latin motto, Gradatim Ferociter: “Step by step, ferociously.”

Yet both are looking for an edge in the emerging business of launching paying customers on short trips to space.

Virgin Galactic plans to start regular commercial operations in early 2022, and is aiming to carry out 400 flights per year from Spaceport America, its base in New Mexico. Some 600 tickets have already been sold, including to Hollywood celebrities, for prices ranging between $200,000 and $250,000. Tickets are expected to be even more expensive when they go on sale to the public.

Blue Origin has yet to announce ticket prices or a date for the start of commercial operations.

However, while the companies are enthusiastic, the idea of billionaire owners and wealthy passengers spending huge sums on space tourism has sparked some backlash.

“Jeff Bezos’ 11-minute thrill ride to space is an insult to the millions of people here on planet Earth who struggle every day to feed their families and make ends meet,” Oxfam America said in a statement. “Many of them are the very Amazon workers who helped make Bezos the richest man in the world.”