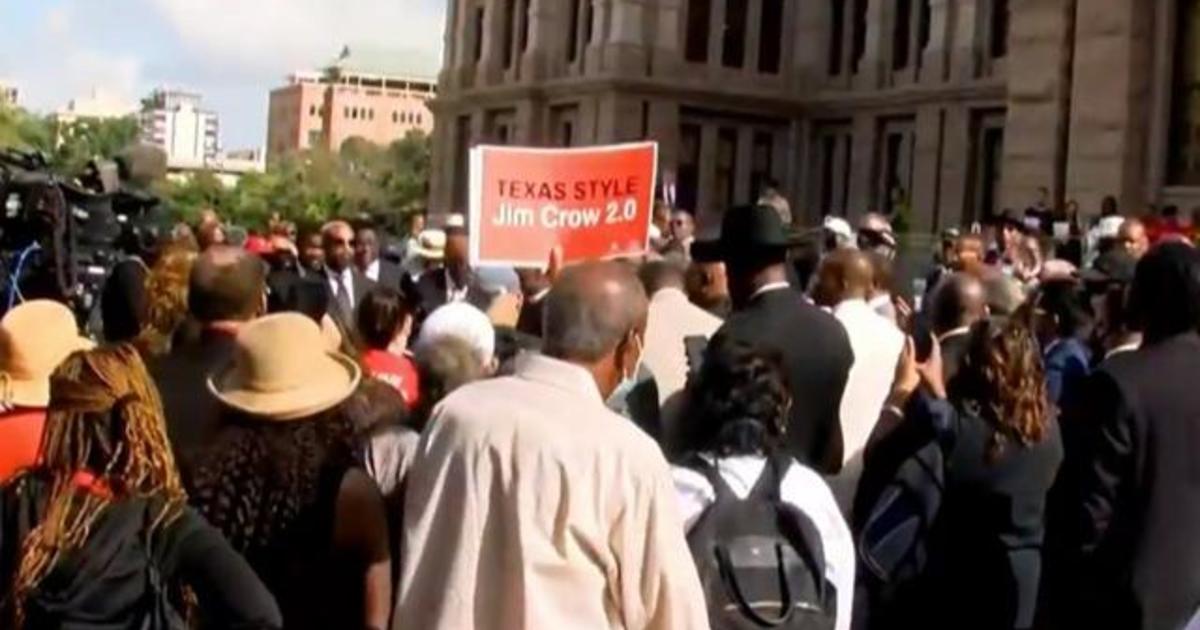 Dallas – Hundreds of Black voters marched at the Texas state Capitol, calling for a stop to Republican-proposed voting restrictions in the Legislature.

Over 50 state Democrats left Austin to prevent a vote during this special session.

Attorney Abdul Dosunmu said “the voting rights of Black Texans” are at stake.

Dosunmu founded the Young Black Lawyers’ Organizing Coalition, a group that’s hosting voting rights seminars at Black churches nationwide and reminds parishioners about the historic role the church has played in getting the African American community to the polls.

Some of the more controversial restrictions, like limiting early Sunday voting, were taken out of the latest bill proposal. GOP lawmakers say these new measures are designed to ensure election integrity.

“Voter fraud is a criminal offense,” Republican state Representative James White said. “I want to caution against saying, ‘Well, since it’s a very, very, very small amount of voter fraud, somehow it’s something that we should not be concerned with.'”

Dosunmu hopes the voting restrictions sweeping the nation will not roll back the hands of time.

“It’s important that a new generation understands the power of electoral politics,” he said.

He said his group will use the civil rights blueprint of the 1960s to fight these voting challenges.