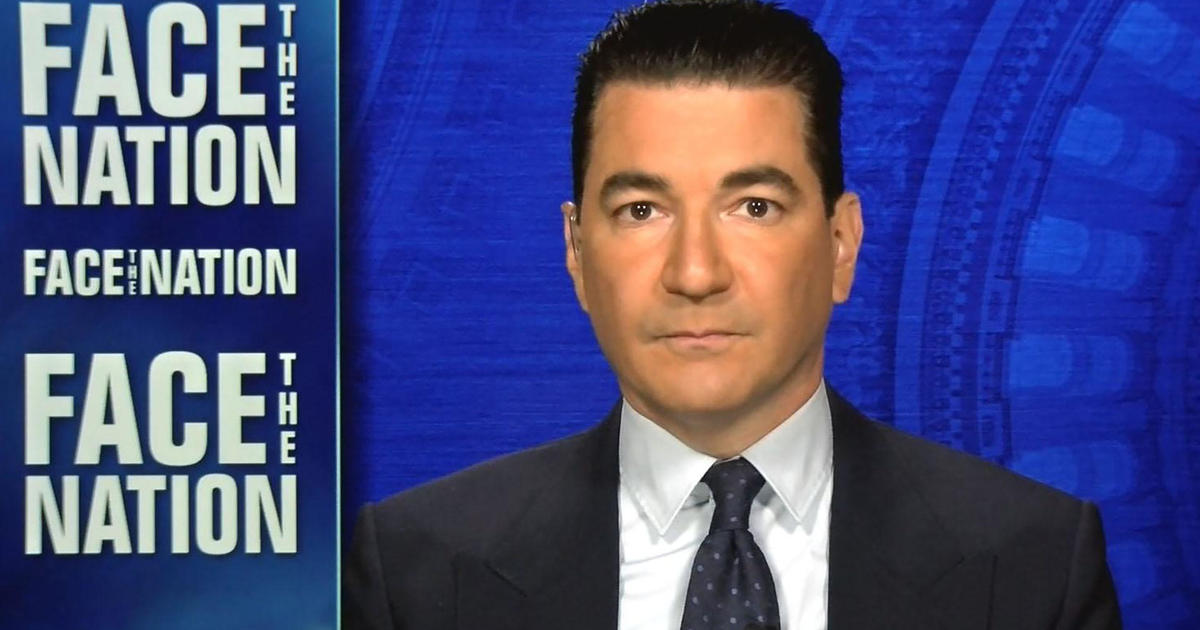 The following is a transcript of an interview with former FDA commissioner Scott Gottlieb that aired on Sunday, July 18, 2021, on “Face the Nation.”

JOHN DICKERSON: And we go now to former FDA commissioner Dr. Scott Gottlieb, who is on the board of Pfizer and joins us from Westport, Connecticut. Good morning, Dr. Gottlieb.

JOHN DICKERSON: So the CDC director said this week that the- that there is an epidemic of the unvaccinated. What’s your reaction to that?

DR. GOTTLIEB: We’ll look when you look at the people who have been hospitalized, 97% of the hospitalizations are in people who are unvaccinated and most of the deaths that are occurring right now are and people who are unvaccinated. The bottom line is that many people are no longer susceptible to COVID more than 50%, about 50% of the population has been fully vaccinated. Probably another third of the American population has been previously infected with this virus. So many people aren’t susceptible to the virus. But if 25% of the population remain susceptible to the virus in absolute terms, that’s still a lot of people. And this virus is so contagious, this variant is so contagious that it’s going to infect the majority that most people will either get vaccinated or have been previously infected or they will get this Delta variant. And for most people who get this Delta variant, it’s going to be the most serious virus that they get in their lifetime in terms of the risk of putting them in the hospital.

JOHN DICKERSON: We just talked to the mayor there of Springfield, Missouri, who said it was sent a message to other communities. It’s coming. Do we- it just reminds me of the original days of this pandemic where the numbers kind of caught up to where reality was, is- do we have a handle really on the Delta variant and how it’s spreading and how much of it there is in the community.

DR. GOTTLIEB: Well we’re seeing a decoupling between cases and hospitalizations and deaths, and I think that’s likely to persist, England is seeing that as well, and they’re- they’re further ahead in terms of their Delta epidemic than us. And that’s because more of the vulnerable population has been vaccinated. I think at this point, we’re probably undercounting how many infections are in the United States right now, because to the extent that a lot of the infections are occurring in younger and healthier people who might be getting mild illness, they’re not- probably not presenting to get tested. And to extent that there are some breakthrough cases either asymptomatic or mildly symptomatic cases and those who have been vaccinated, they’re not presenting to get tested because if you’ve been vaccinated, you don’t think that you have the coronavirus, even if you develop a mild illness. And we’re not doing a lot of routine screening right now unless you work for the New York Yankees, you’re not getting tested on a regular basis. So, I think that this Delta wave could be far more advanced than what we’re detecting right now in our ascertainment. The number of cases we’re actually picking up could be lower at the peak of the epidemic in the wintertime, we were probably turning over one in three or one in four infections. In the summer wave of last summer, we were probably picking up more like one in 10 infections. We might be picking up something on the order of one in 10 or one in 20 infections right now because more of those infections are occurring in people who either won’t present protesting or they’re mild infections and they’re self-limiting. So, the people who tend to be getting tested right now are people who are getting very sick or people who are developing telltale symptoms of COVID like loss of taste or smell. And that’s only about 15 or 20 percent of people who will become infected.

JOHN DICKERSON: So, if there’s low ascertainment, if we don’t really know as much that’s in the community as is actually there. And you live in a low vaccinated community that doesn’t yet have the headlines about hospitals filling, is that a fair expectation that you’re going to start seeing those headlines in some number of days?

DR. GOTTLIEB: It depends on where you live, I think if you live in states like I’m in right now with vaccination rates are very high and there’s been a lot of previous spread. There is a wall of immunity. And I think it’s going to be a backstop against Delta spread. If you’re in parts of the country where vaccination rates are low and there hasn’t been a lot of viruses spread and that’s a lot of parts of the rural south, I think it’s much more vulnerable. I think people who live in those communities, especially if you live in communities where the prevalence is already high, I think it’s prudent to take precautions if you’re a vulnerable individual. And Delta is so contagious that when we talk about masks, I don’t think we should just talk about masks. I think we should be talking about high quality mask. Quality of mask is going to make a difference with a variant that spreads more aggressively like Delta does, where people are more contagious and exude more virus and trying to get in N95 masks into the hands of vulnerable individuals in places where this is really epidemic, I think is going to be important, even in cases where they’re vaccinated, if they want to add another layer of protection. There is a supply of N95 masks right now, there is no shortage. There’s plenty of masks available for health care workers. So it could be something that we start talking about getting better quality masks into the hands of people, because I think it’s going to be hard to mandate these things right now. But we can certainly provide them so people can use them on a voluntary basis to try to protect themselves.

JOHN DICKERSON: Let me just underscore that briefly, because one of the things we have seen is in people who don’t want to get vaccinated, they say, well, I’ll wear a mask. But your point is if you’re going to wear a mask, any old piece of cloth isn’t going to do. You have to have a N95 or something that’s truly robust.

DR. GOTTLIEB: Right, remember, the original discussion around mask’s was that if we put masks on everyone, people who are asymptomatic and likely to transmit the infection would be less likely to transmit the infection if they had a cloth mask on or even a procedure mask on. And there is data to suggest that there’s data in flu and is now data and COVID. But if you want to actually derive protection from the mask, you want to protect yourself from others spreading the virus to you. Quality of mask does matter and a- and a high quality N95 mask is going to afford you a much better level of protection, especially if you fit it and wear it properly. So, quality of mask is important. And I think if you’re a vulnerable individual who wants to use that mask to protect yourself and not just use that mask to cut down on the risk that you could be a super spreader, you could be spreading the virus to others, then you have to look out for a high-quality mask. They are available. Remember, originally during the epidemic, people were reluctant to recommend masks because there was a shortage for health care workers. There’s now plenty of masks. The administration has done a good job getting masks out into the marketplace so you can get them from reputable suppliers like 3M right now.

DR. GOTTLIEB: Probably the most pervasive is that somehow the vaccine itself is going to have an impact on fertility. I think that that’s discouraging a lot of young women from getting vaccinated. I think quite the opposite is true. What we’ve seen is COVID infection during pregnancy can be very dangerous. I think every woman who’s an expectant mom or a prospective mom should be talking to their doctor about getting vaccinated. The CDC has now started a registry called V-Safe. You can go on and look at it right now with 133,000 women who’ve registered for this registry who became pregnant after they got vaccinated- they got vaccinated while they were pregnant. And so they are prospectively collecting data on the safety of the vaccine in pregnancy, and it looks very encouraging. Pfizer, the company I’m on the board of, is also doing a study of the vaccine in pregnancy. So, I think this is the single biggest piece of misinformation out there to discourage use of the vaccine. The other one is that this is somehow a DNA vaccine. It’s going to integrate into your genome. That’s not the case. This is an MRNA vaccine. And what it really is doing is delivering a genetic sequence of MRNA of the- of the spike protein. So basically, the sequence that codes for production of the spike protein, which is protein on the surface of the virus that we want to develop antibodies against. And when the body sees that MRNA, it does one of two things. Either it destroys it or it translates it into the protein, and then your body develops antibodies against that protein. All vaccines work on the same basic principle and that they’re trying to deliver a protein on the surface of the virus, that you’re trying to stimulate the immune system to develop antibodies against in this case, instead of delivering that protein directly. What you’re delivering is a genetic sequence for that protein.

JOHN DICKERSON: All right, Dr. Scott Gottlieb, thank you so much, as always. See you next week. FACE THE NATION will be back in a minute. Stay with us.