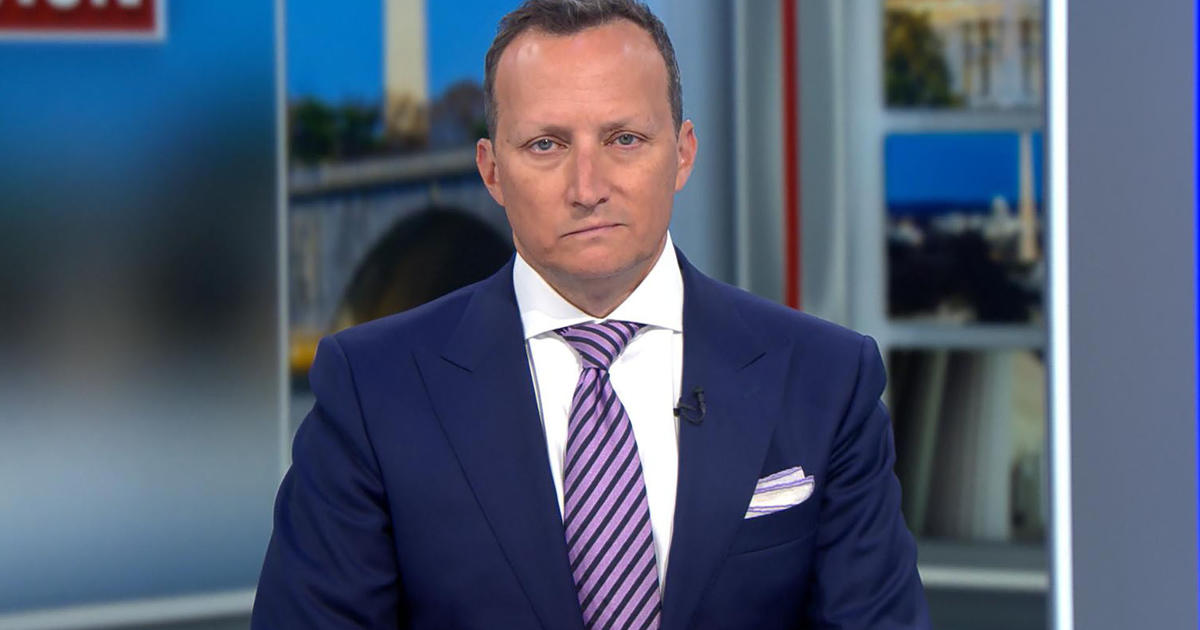 The following is a transcript of an interview with David Becker, the director and founder of the Center for Election Innovation and Research, that aired on Sunday, July 18, 2021, on “Face the Nation.”

JOHN DICKERSON: Since the November election, 17 states have enacted new laws that tighte rules around casting ballots and running elections in an effort to keep Texas from becoming the 18th, Democrats in the state legislature staged a dramatic protest flying to Washington to block Republicans from passing a more restrictive voting law. To help us put those challenges into perspective, we’re joined by David Becker, the director and founder of the Center for Election Innovation and Research. Welcome. Nice to have you here, David.

DAVID BECKER: Thanks. Great to be here, JOHN.

JOHN DICKERSON: There’s a lot going on. So just put us- give us the basic perspective of what’s going on with all of these different voting rights efforts.

DAVID BECKER: So we’re seeing a lot of highly partisan efforts to make it harder for some people to vote. They do appear to be targeted in some ways to ensure that in particular, the Republican Party right now might be perceived to have a better chance of winning some elections. But what I’m also very concerned about are unprecedented efforts to inject toxic partisanship into the counting of ballots and the certification of election results that occur during election and after an election where you’re going to see potentially chaos from things like what we’re seeing in Texas, where they’re introducing efforts to allow for partisan poll watchers to roam free within the polling place, interfering with the process where we’re seeing efforts to criminalize activities by professional election administrators who are trying to make it easier and more efficient and more secure for elections to be run. We’ve never really seen that before, and it could be potentially a national security issue.

JOHN DICKERSON: So, I’ll get to the national security issue in a second. But essentially, do we have two baskets of concern here? One is limits and challenges to just getting to the polling place and the right to vote. And then the second is what you do after those votes are cast and who gets to oversee them and who gets to question them in that kind of thing. Are those- are the two basic categories?

BECKER: I think that’s basically right. And it’s- and it’s important to note that these are all being based on a complete lie, that the election somehow had some irregularities, were now well over eight months past the election. The losing candidate hasn’t brought forth any evidence that’s been considered by any court or anywhere else that’s been valid, that the election was not secure. And in fact, this election was as the attorney general, as attorney general Barr said, as the DHS said under Trump, as the FBI said, and as many others said, this was the most secure and transparent and verified election we’ve ever held in American history.

JOHN DICKERSON: Yeah, actually, just reset the table here. How many actual people, humans have been charged or anything with fraud in 2020 in the whole country?

BECKER:I mean, very few. It’s a handful. I believe it’s under 10 at this point in time. The total number of potential fraud cases that we might see in an election of this size. One hundred and sixty million people voted in November, which is amazing. But the total number of fraud cases we might see is going to be measured in the dozens out of 160 million, not anywhere near anything that could have affected the outcome.

JOHN DICKERSON: So back to your- the two categories. You were talking about the problems of voting and then the problem after the vote is cast. Republican leader Senate Republican Leader Mitch McConnell said these are common sense measures out in the country. They’re just trying to unwind the measures that were brought in under the age of COVID and sort of restore things to the way it was before. Is- is that an accurate characterization of the scope of things that are being suggested?

BECKER: I don’t think it’s entirely accurate. I think what we’re seeing in light, it’s always a good idea after an election to look at what actually worked based on facts and maybe consider ways to improve that. And there are ways to increase integrity while also increasing access. What we’re seeing here are things like in Georgia, for instance, where they ran not only the most successful, highest turnout election they’ve ever held. They actually ran two of them within a two month period of time. But they did this with paper ballots for the first time in two decades. And they were able to count every one of those presidential ballots three times, three different ways, once entirely by hand. We should be applauding those efforts. I think another thing that’s really important here is when we talk about election integrity, it is actually good for election integrity. When we have more people voting in different ways over a period of time, we don’t want to have a single point of failure on Election Day where something goes wrong. We can’t fix it if we learn of a problem at one p.m. on Election Day, it’s very hard to fix by the time the polls close. But if we have people voting by mail, people voting early in-person and people voting on Election Day, as we saw in most states in 2020, we can actually find problems early and fix them so they don’t affect the outcome of the election. That’s a very good integrity measure.

JOHN DICKERSON: So- so if- if those ways of voting are limited, then does that mean there’s the opportunity for more chaos? Is this what you were talking about in terms of national security? There’s more opportunity for chaos and America’s enemies love opportunities for chaos.

BECKER: That’s right. Imagine now we’re in a highly partisan environment. We’re concentrating more voting on Election Day in polling places where there might be long lines, where partisan poll watchers have free reign to engage in chaos. And then we are now injecting partisanship into the counting and certification process where partisans might be tempted to overturn. Earn the will of the people, and they are somewhat empowered to do that by their legislators. This is something this could be a void that our adversaries see and try to exploit in some ways.

JOHN DICKERSON: So in about the last 30 seconds, we have to tell me about what your sense is, the prospect of abilities to push back against some of these measures that you find alarming, that Democrats certainly find alarming either in Congress or at the local level.

BECKER: Yeah, we don’t have many ways to fight back at this point. We’ve- we’ve gone seven months into the year. Clearly, one thing we need to do is everyone needs to stand up and say this election was valid, it was secure and applaud the election officials who ran it. But secondly, maybe Congress does have a small window here where Republicans and Democrats of goodwill can come together on a- on some kind of bill that actually could establish a foundation for democracy, that could get 50 votes. So far, we haven’t seen an election bill that could get 50 votes. And so, the filibuster is not necessarily relevant, at least as of yet.

JOHN DICKERSON: All right. I’m going to have to cut you off. We are out of time. David, thanks so much. And we’ll be right back.