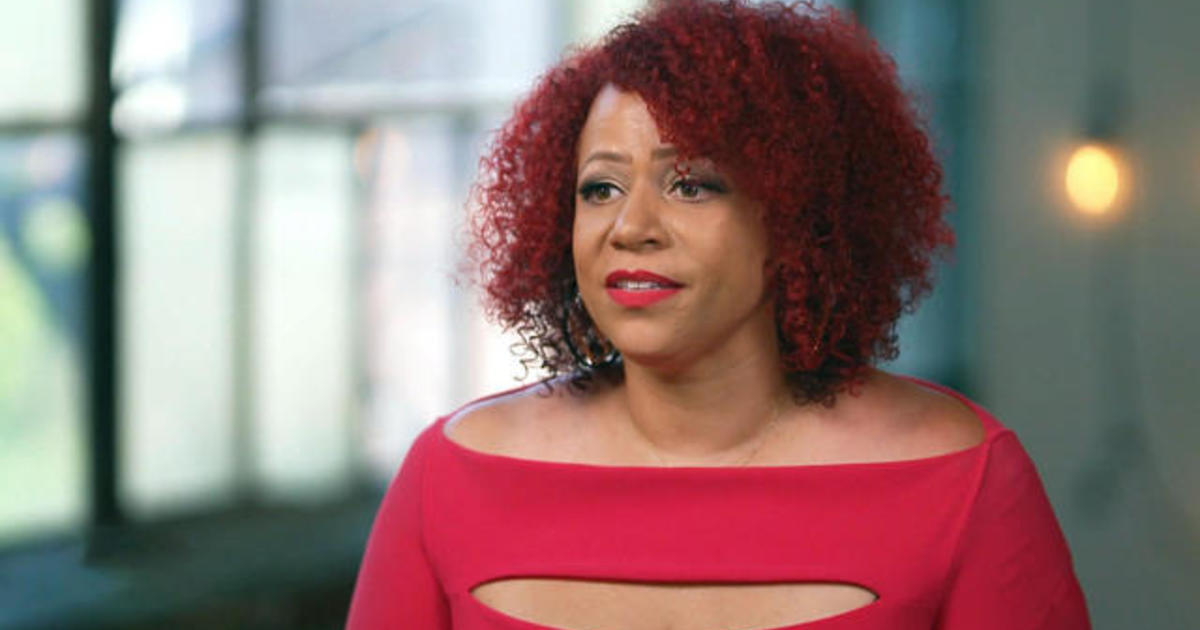 As one of the most prominent journalists in America, Nikole Hannah-Jones has been both admired and scorned. Her work on The 1619 Project for The New York Times Magazine re-framed American history through slavery and the contributions of Black people— an uncomfortable lens for some.

A clue to her unapologetic motivation can be found on Twitter, where her page name reads “Ida Bae Wells. “

“From the moment I pulled her autobiography off-the-shelf, I was … hooked, and to this day, she’s kind of my spiritual godmother,” Hannah-Jones said of Ida B. Wells, the fearless 19th-century newspaper publisher, suffragist and anti-lynching campaigner who exposed the horrors of lynchings and enlightened those in denial.

“Here is this woman, born in slavery, who provided the template for the type of journalism I wanted to do, the type of person I wanted to be,” Hannah-Jones told CBS News’ Michelle Miller. “She was one of the nation’s first investigative reporters. … She’s the reason that we began to catalog the number of lynchings.”

That lifetime of work earned Wells a prestigious Pulitzer citation in 2020 — the same year Jones received her Pulitzer prize for The 1619 Project. All of it placed her in the orbit of another Wells admirer, author Michelle Duster, who took stories from her grandmother, Alfraeda Barnett, Ida’s youngest daughter, and penned the icon’s latest biography, “Ida B. the Queen: The Extraordinary Life and Legacy of Ida B. Wells.”

“I want a younger people, in particular, to feel that when they’re reading this book, this is not ancient history, but this is very relevant, to what’s going on today. Here we are dealing with some of the same struggles,” Duster said.

At Chicago’s DuSable Museum of African American History, you can see pieces of her life on display. At five feet and 100 pounds, she’s described as the epitome of determination.

An orphan at 16, she raised her four younger siblings alone, became a Memphis schoolteacher, Chicago’s first woman probation officer, and a suffragist. But through it all, she was a newspaperwoman whose voice was born out of tragedy.

Duster said Wells was out of town when her friends were lynched.

“She decided to use it [her voice] to expose the tragedy and the reality of what lynching was and to encourage people to use their own level of power, which was economic power, to affect the white community. She encouraged people to boycott white-owned businesses, boycott the streetcars,” Duster said.

She tried suing a Tennessee railroad for discrimination and taking on President Woodrow Wilson for segregating federal offices. She even integrated the women’s march on Washington for voting rights, all the while finding time to co-found the NAACP. All of this made her a target.

“She was exiled from the city she lived in, Memphis, for her reporting. Her newspaper was burned down, and she was basically threatened that she would be hurt if she came back home,” Hannah-Jones said.

Which is why lived for a while in Brooklyn, Ne York, and has a street named in her honor.

“She spent her entire life refusing to be silenced, pushing back, and refusing to allow other people to write a script for her life. And that’s what I’ve tried to do as well. I understand that it cost you,” Hannah-Jones said.

Jones, who recently joined the staff of Howard University after a public tenure battle with the University of North Carolina, is unabashed.

“Can you be a journalist and an activist today?” Miller asked.

“I get that question a lot,” Hannah-Jones replied.

The answer is simple for the journalist and professor, who co-founded the Ida B. Wells Society for Investigative Reporting.

“All journalism is activism. When you look at the model of The Washington Post, ‘Democracy Dies in Darkness,’ that’s not a neutral position. But our methods of reporting have to be objective. We have to try to be fair and accurate, and I don’t know how you can be fair and accurate if you pretend, publicly, that you have no feelings about something you clearly do,” Hannah-Jones said.