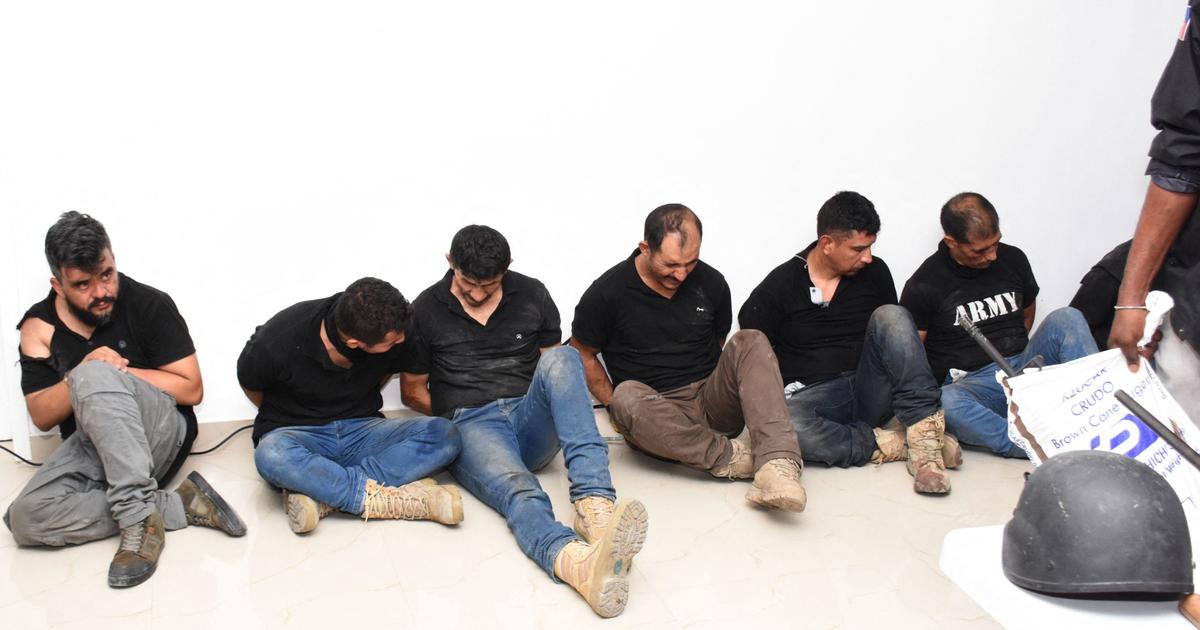 The Pentagon disclosed for the first time Thursday that some of the Colombian suspects in the assassination of Haitian President Jovenel Moïse had some U.S. training through their military service in Colombia.

“A review of our training databases indicates that a small number of the Colombian individuals detained as part of this investigation had participated in past U.S. military training and education programs, while serving as active members of the Colombian Military Forces,” Pentagon spokesman Lieutenant-Colonel Ken Hoffman said in a statement. “Our review is ongoing, so we do not have additional details at this time.”

Haitian police say that 26 Colombians are among the suspects in Moïse’s killing. Twenty-three have been arrested, according to the Associated Press. Three Haitians have also been detained, and at least three suspects have been killed.

Colombian police chief General Jorge Luis Vargas in a news conference last week confirmed at least 13 of the Colombian suspects had served in the Colombian military.

The Defense Department also noted that the U.S. “routinely conducts training for thousands of military men and women representing partner nations from South America, Central America and the Caribbean.”

The U.S. has been giving military assistance — including training — to Colombia for decades to aid in their fight against drug traffickers, leftist guerillas and right-wing paramilitary groups. Congress has appropriated more than $12 billion dollars in aid to Colombia through funds mainly from the Defense and State Departments, according to the Congressional Research Service.

Hoffman also said in his statement that the “training emphasizes and promotes respect for human rights, compliance with the rule of law, and militaries subordinate to democratically elected civilian leadership.”

Since Moïse’s assassination, the U.S. has sent teams from the FBI and the Department of Homeland Security to Haiti to support investigative efforts. The Defense Department confirmed it has received a request from Haiti for U.S. troops and is still evaluating the request.

Twelve additional Marine guards have also been deployed to assist with security for the U.S. embassy in Haiti, a defense official told CBS News.