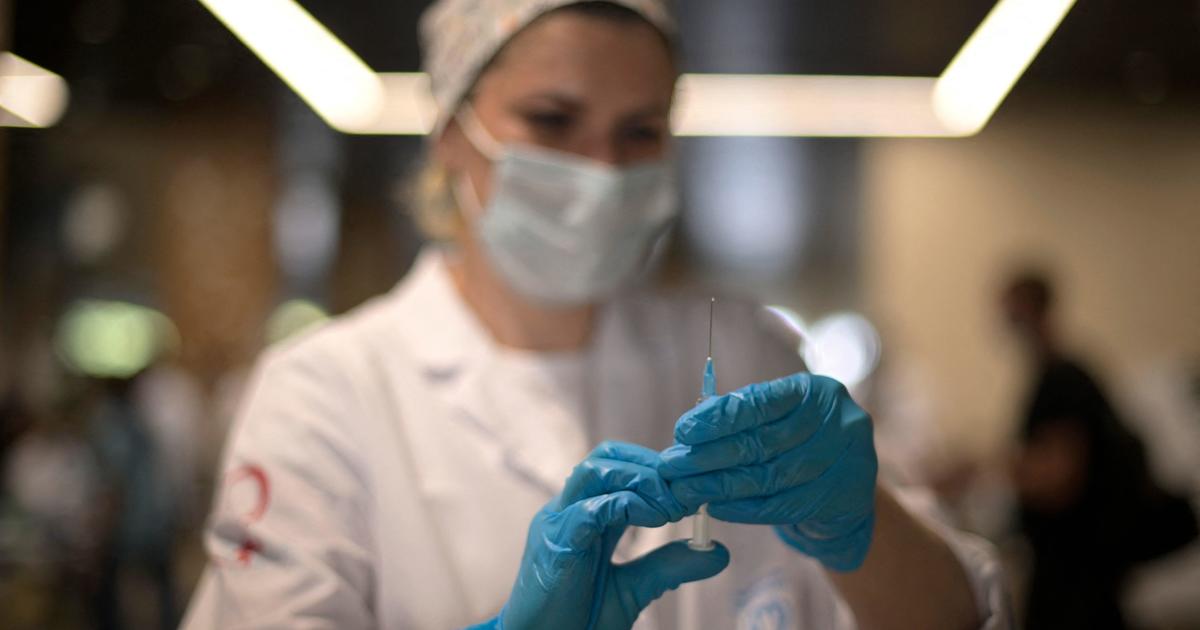 Moscow — Russia is battling a deadly third wave of coronavirus infections. For days, the country has reported record numbers of daily deaths, and hospitalizations are skyrocketing thanks in part to the spread of the highly infectious Delta variant.

On Thursday, Russia reported 25,293 new infections, and it set a grim new record for daily deaths with 791 confirmed fatalities. Overall, Russia has officially identified more than 5.8 million COVID-19 cases since the pandemic began.

But despite an official ban on mass gatherings and other restrictions, many Russians are either ignoring or cheating on the rules. Videos have showed young people enjoying large parties.

A fan zone set up for people to watch the Euro 2020 soccer game in St. Petersburg led to a massive spike in cases in neighboring Finland after fans returned home.

Russia’s voluntary vaccine rollout has been painfully slow and authorities are now making it mandatory for certain workers to get shots.

“We see that the campaign is picking up steam and here in the last week we have three times more people getting vaccinated than before,” Natalya Kuzenkova, the head doctor at Clinic No 68 in Moscow, told CBS News.

People are being given the Russian-made Sputnik V vaccine, which has been widely available since December, but only 15% of Russians have had at least a first dose thus far.

Authorities have blamed everything from Russian nihilism to the sense of freedom that developed following the collapse of the Soviet Union for the shortcomings of the vaccine rollout. But surveys from independent pollsters show that mistrust of the government, and of its approval procedure for vaccines in particular, has grown so wide that a majority of Russians still say they don’t want to get vaccinated.

“Why would I get vaccinated?” one man with fairly typical views told CBS News. “I’m a healthy man and never got sick, so I don’t need it… If I get sick then I get sick, what’s the difference? That’s my personal choice.”

That reluctance, as well as the government’s move to mandate vaccination for many people, has led to a booming black market for fake vaccine certificates.

One man being held by authorities for selling fake certificates said he had been delivering them since April. He made hundreds of them in a tiny office that was raided as part of a sting operation by law enforcement agencies, which have launched a nationwide crackdown.

For about $100, authorities say criminals will ensure that the vials containing a client’s allocated vaccine doses are simply poured out, while they’re given fake certificates and are added to the official registry of vaccinated citizens, allowing them access to workplaces and restaurants.

Russian president Vladimir Putin’s own inoculation has been shrouded in secrecy, but he recently claimed that he was given Russia’s domestically produced Sputnik V vaccine, and he’s pleaded with other Russians to do the same.

“The only way to prevent the further spread of the epidemic is through vaccination,” Putin said recently. “I hope that the prejudice among some of our citizens will recede as vaccination goes on.”

If the government can convince more Russians to get vaccinated, the next problem facing the country could be widespread supply shortages.

Last week, Moscow ran out of doses of two of the three approved vaccines, and several other regions across the country have also reported shortages.