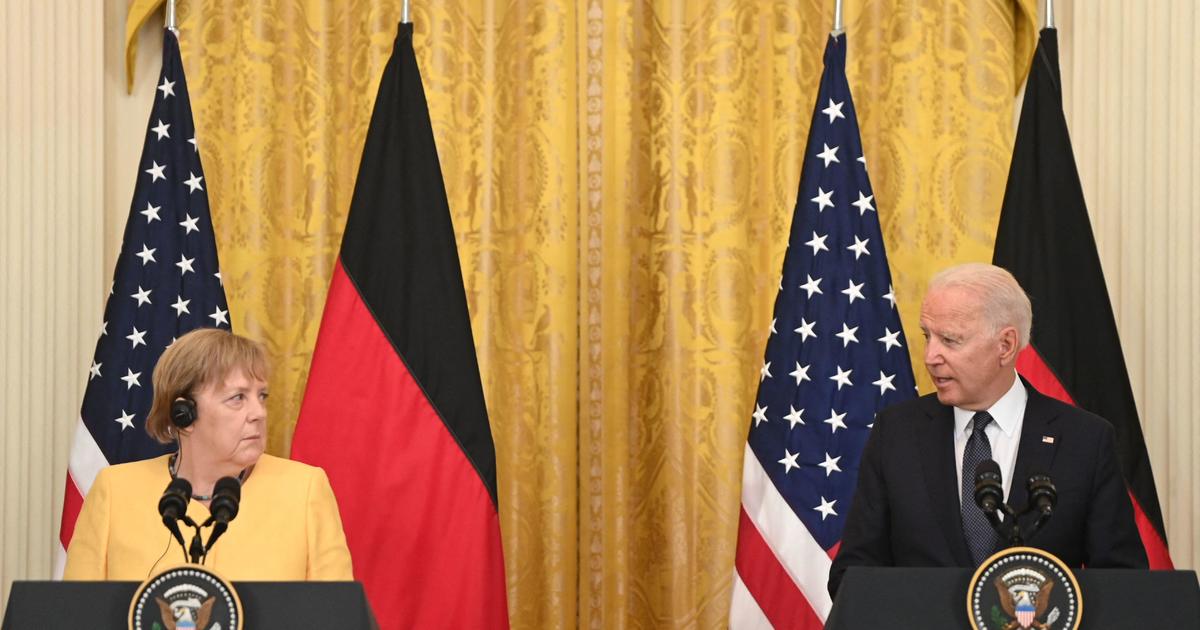 Washington — President Biden emphasized the strength of the U.S.-Germany relationship Thursday during a press conference and meetings at with German Chancellor Angela Merkel at the White House. Mr. Biden insisted the relationship between the two countries is “strong and getting stronger.”

The president announced the two countries are launching a climate and energy partnership to work on pressing climate change issues, as well as a “futures forum” to collaborate on ideas in fields including business and science. The president also said he and Merkel are united in their conviction that Russia must not be allowed to use energy as a weapon to push around its neighbors. Merkel, for her part, also addressed the threats of Russia and China.

Merkel, through a translator, said the U.S. is “evaluating the matter” of travel restrictions from Germany to the U.S., something that did come up in her meeting with the president. Germany is currently on the United States’ list of countries with travel restrictions, even as vaccines become more widely available. Merkel noted the prevalence of the Delta variant as a consideration. Merkel also noted their conversations about Nord Stream 2.

“But let me say very clearly, our idea is and remains that Ukraine remains a transit country for natural gas, that Ukraine, just as any other country in the world, has the right to territorial sovereignty, which is why we continue to be engaged,” she said. “We will be actively acting should Russia not respect this right of Ukraine that is has as a transit country. So, Nord Stream 2 is an additional project, and sadly not a project replace any sort of transit to Ukraine. Anything else would obviously create a lot of tension.”

Asked by CBS News Radio White House Correspondent and new White House Correspondents Association President Steven Portnoy about the situation in Haiti, Mr. Biden said the idea of sending American forces to Haiti is “not on the agenda.” The president also expressed his thoughts on communism, in response to a question about Cuba, the protests from the Cuban people, and socialism.

The two leaders in their meeting together also addressed the need to share vaccines around the world, as well as security challenges in places like Afghanistan.

The president and First Lady Jill Biden are hosting Merkel and her husband, Joachim Sauer, for dinner in the State Dining Room. The dinner will include a variety of guests, ranging from Senate Minority Leader Mitch McConnell to former Secretary of State Hillary Clinton. Vice President Kamala Harris and Second Gentleman Doug Emhoff will be present for dinner, too.