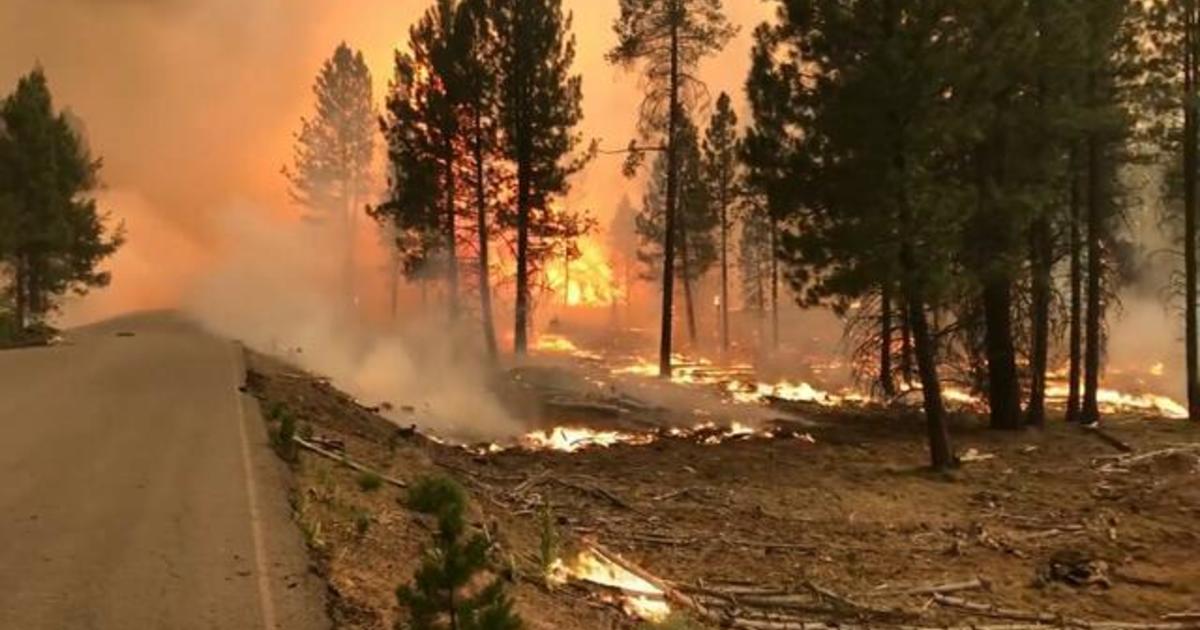 From California and Washington to Idaho and Arizona, more than 14,000 firefighters are battling to contain more than 60 wildfires in the West. More than 33,000 wildfires have broken out across the U.S., the most in a decade.

Oregon’s Bootleg Fire is now the nation’s largest, growing to over 200,000 acres and forcing hundreds from their homes. “It was hungry. It was mean. It was ugly, and it was right there where we could watch it,” Sarah Kose said.

The National Interagency Fire Center says the fires have burned 2 million acres — an area larger than the state of Delaware.

In California, crews on the frontlines are fighting the Beckwourth Fire north of Lake Tahoe. Near Yosemite National Park, the River Fire continues to spread across two counties during peak tourist season.

“It’s just really high stress,” said Amy Stephens, who manages a bar and restaurant in the nearby town of Ahwahnee.

Climate scientists say the conditions fueling these fires are expected to continue to worsen as the planet warms.

Veteran firefighter Zachary Resnick is a squad leader for the Big Bear Hot Shots — a highly skilled hand crew that responds to some of the biggest and most dangerous fires. Resnick said this fire season is proving to be difficult.

“The most concerning thing about fire season is just the lack of resources, and it’s not because we don’t have a ton of wildfires in California. There’s just that many fires,” he told CBS News’ Lilia Luciano.