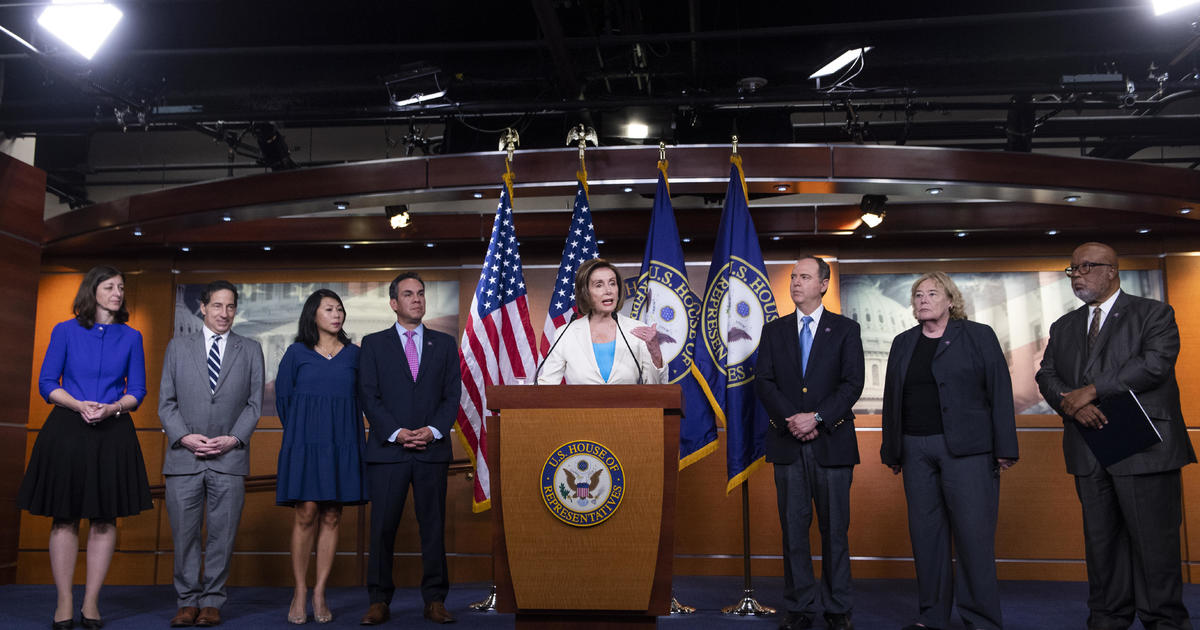 Washington — The House select committee investigating the January 6 attack on the U.S. Capitol will hold its first hearing at the end of July, featuring testimony from Capitol Police and Metropolitan Police officers. The House voted largely along party lines to create the select committee last month, after an effort to impanel an independent, bipartisan commission was torpedoed by Senate Republicans.

Only eight members out of thirteen have been appointed, with Speaker Nancy Pelosi choosing seven Democrats and Republican Congresswoman Liz Cheney to serve on the committee. House Minority Leader Kevin McCarthy can choose the remaining five members, but has not yet done so. Even if McCarthy does not name his appointments in the coming weeks, the hearing scheduled for July 27 could proceed, as the committee will have a quorum of members present.

The appointment of Cheney gives a veneer of bipartisanship to the select committee, but the Wyoming Republican has become an outcast in her party. She was ousted from her leadership position in May due to her frequent criticism of former President Donald Trump and her refusal to downplay the January 6 attack.

In an interview with CNN on Wednesday, Cheney urged McCarthy not to name any Republican to the committee who has whitewashed the insurrection or who continues to deny the outcome of the election.

A mob of violent Trump supporters overran the Capitol on January 6, seeking to prevent the certification of President Biden’s electoral victory. Five people died, including a Trump supporter who was shot by Capitol Police as she attempted to enter the House chamber, and three who suffered medical emergencies. Capitol Police Officer Brian Sicknick died hours after confronting the mob, although a medical examiner later determined he died of natural causes.