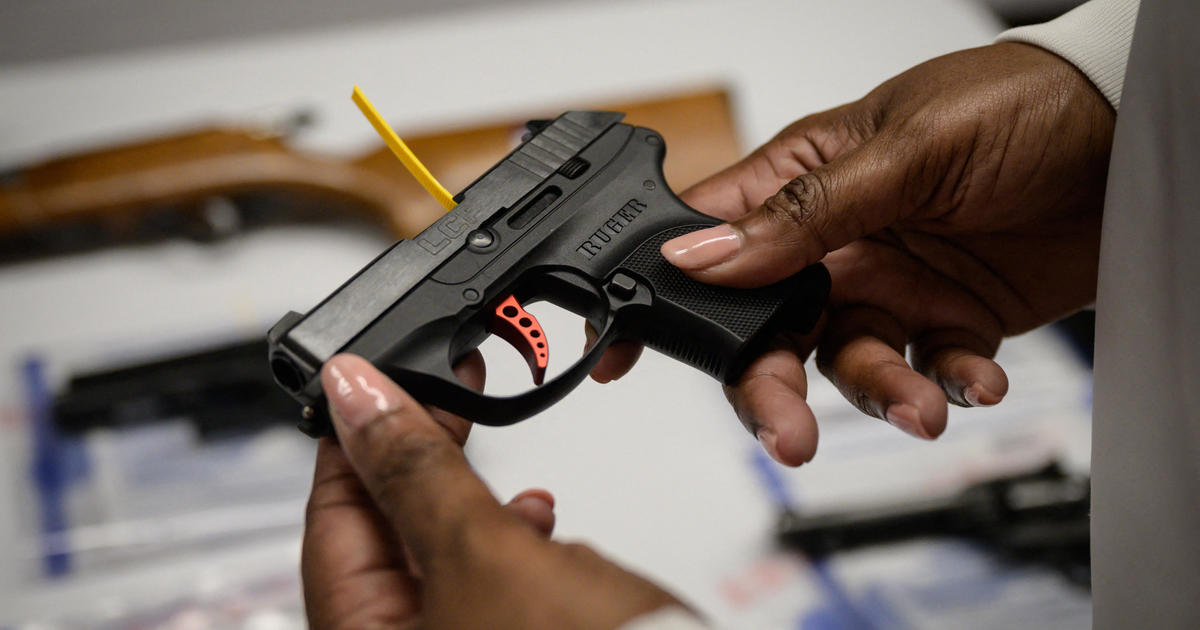 Washington — A federal appeals court said Tuesday that federal laws that bar the sale of handguns to young adults under the age of 21 are unconstitutional under the Second Amendment.

In a 2-1 decision by a three-judge panel of the 4th U.S. Circuit Court of Appeals, the court found that 18-year-olds possess the constitutional right to keep and bear arms and said the restrictions at issue in the legal battle amount to a “total ban” on buying a handgun from a licensed firearms dealer for those under the age of 21.

“Looking through this historical lens to the text and structure of the Constitution reveals that 18- to 20-year-olds have Second Amendment rights. Virtually every other constitutional right applies whatever the age. And the Second Amendment is no different,” the court said in its decision.

The divided panel of the 4th Circuit noted the nation’s “most cherished constitutional rights” vest no later than the age of 18, and said that at the time of the nation’s founding, 18-year-olds were required to serve in the militia and provide their own weapons.

“Despite the weighty interest in reducing crime and violence, we refuse to relegate either the Second Amendment or 18- to 20-year-olds to a second-class status,” Judge Julius Richardson, appointed by former President Donald Trump, wrote for the two-judge majority.

The legal battle was brought by a 19-year-old and then-20-year old who tried to buy handguns from licensed dealers but were denied because of their age. The two sued the Bureau of Alcohol, Tobacco, Firearms and Explosives, arguing federal statutes that prohibit federally licensed firearms dealers from selling handguns and handgun ammunition to 18, 19 and 20 years olds violate the Second Amendment.

Since bringing their suit, one of the young adults, Tanner Hirschfeld, has turned 21. The other, Natalia Marshall, is still under the minimum age to purchase a handgun.

The decision by the panel is likely to be appealed to the full 4th Circuit. The court sent the case back to a federal district court for further proceedings.

In his decision, Richardson said that men and women at the age of 18 are eligible to serve in the armed forces and “have since our Founding been trusted with the most sophisticated weaponry.”

“These men and women who, historically, have served either voluntarily or by conscription may not be read out of ‘the people’ in the Second Amendment,” he wrote.

The decision by the majority brought a stinging dissent from Judge James Wynn, who said the two judges “break new ground by invalidating a modest and long-established effort to control gun violence” by finding Congress cannot enact a law setting the minimum age for handgun purchases at 21.

“The Second Amendment is exceptional not because it is uniquely oppressed or imperiled, but rather because it is singularly capable of causing harm,” Wynn wrote. “As other courts have recognized, while there are dangers inherent in other constitutionally protected rights — like the rights to speak and assemble — the Second Amendment alone protects a direct and lethal right to endanger oneself and others.”

Groups advocating for stricter gun laws criticized the decision by the 4th Circuit panel. Eric Tirschwell, the managing director for Everytown Law, the litigation arm of Everytown for Gun Safety Support Fund, called the opinion “an extreme outlier” and predicted the full court will reverse its ruling.

“Not only has this same law previously been upheld, other courts have upheld stronger minimum age laws,” he said in a statement. “It’s truly troubling that the court’s majority departed from this clear consensus, particularly given the strong historical support for minimum-age restrictions and social science research showing that a disproportionate share of gun violence is carried out by young people.”