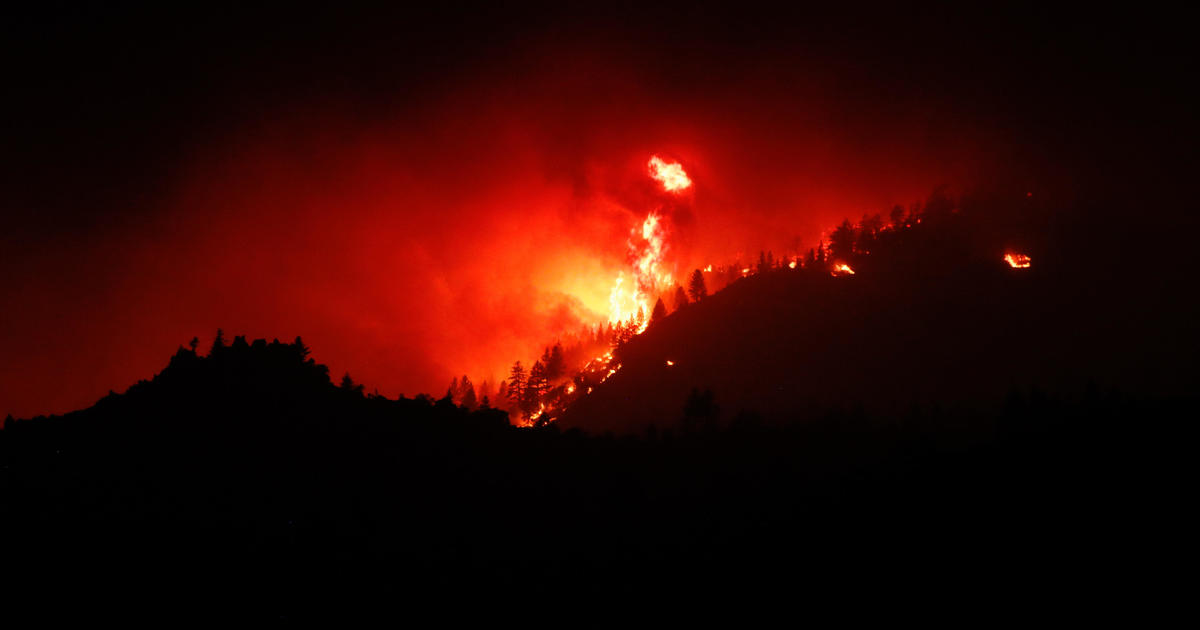 Fire crews are making progress in containing the largest wildfire in California so far this year, the U.S. Forest Service said Monday. The Beckwourth Complex fire, a combination of two fires in Plumas National Forest, has burned nearly 90,000 acres as of Monday night.

The lightning-caused Dotta Fire, which has been burning since June 30, is 99% contained, the Forest Service said. Though it’s the smaller of the two fires, burning some 670 acres.

Two days after the Dotta Fire began, lightening struck again, igniting the Sugar Fire, which has burned more than 89,000 acres. Fire crews had the blaze 23% contained as of Monday night, according to the Forest Service.

Dry, unstable winds and low humidity mean conditions are still ripe for “extreme fire behavior,” the agency said. Adding to the danger is excessive heat, with temperatures lingering around 100 degrees.

Residents in Plumas, Lassen and Washoe counties are being asked to evacuate, as the wildfire burned at least 20 homes in the area.

Meanwhile, in Oregon, the nation’s biggest fire is continuing to grow, burning more than 153,000 acres so far.

“We are seeing doubling in size of the fire every 24 hours,” Oregon State Fire Marshal Gert Zoutendijk said of the Bootleg Fire on Saturday. “Basically every ember that falls will start a new fire.”

On Monday, after days of the Bootleg Fire doubling in size, fire crews were able to limit its spread to an additional 5,000 acres, the Forest Service said. The cause of the wildfire, which ignited July 6, is unknown.