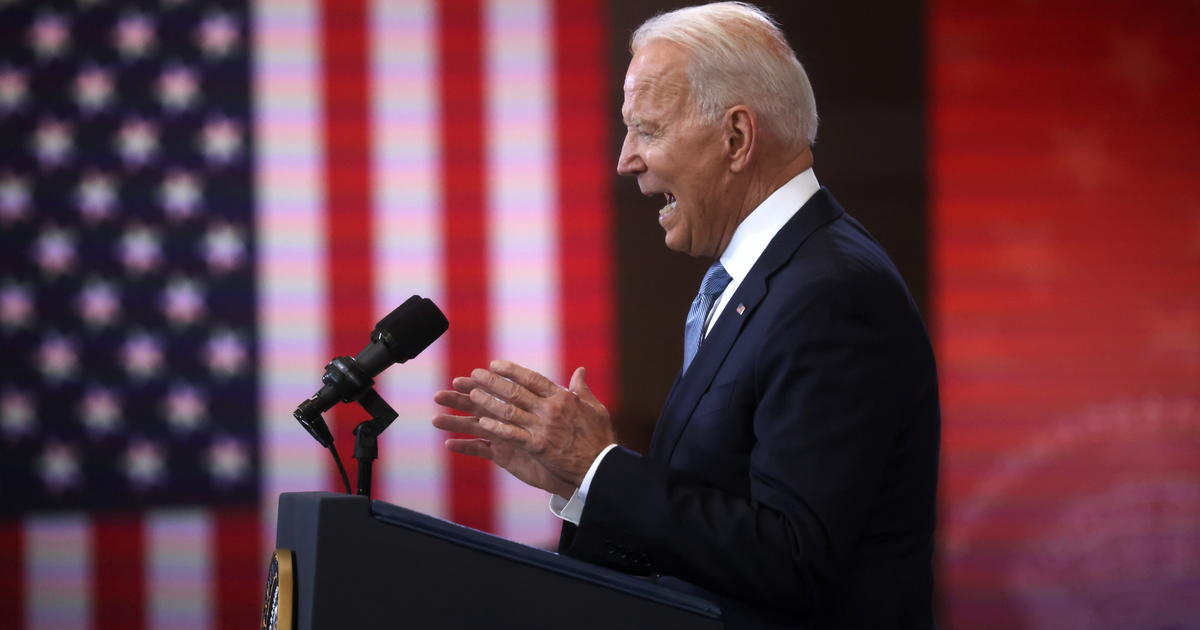 The president, speaking Tuesday from the National Constitution Center in Philadelphia, focused much of his ire at Republicans in Texas, accusing them of wanting to “intimidate” voters — of making them drive further and wait longer to vote. His speech on voting rights comes as Democrats in the Texas legislature flew to Washington, D.C., in an attempt to prevent a quorum on a GOP election bill.

“They want to make it so hard and inconvenient that they hope people don’t vote at all. That’s what this is about. This year alone, 17 states have enacted — not just proposed, but enacted — 28 new laws to make it harder for Americans to vote,” the president said. “Not to mention — and catch this — nearly 400 additional bills Republican members of the state legislatures are trying to pass. The 21st-century Jim Crow assault is real. It’s unrelenting. We’re going to challenge it vigorously.”

The president noted that he took an oath to defend the country against all threats, foreign and domestic. He insisted, as the White House has in recent days, that the U.S. is “facing the most significant test of our democracy since the Civil War.”

“That’s not hyperbole. Since the Civil War,” the president repeated. “The confederates back then never breached the Capitol, as insurrectionists did on January the 6th. I’m not saying this to alarm you. I’m saying this because you should be alarmed. I’m also saying this — there’s good news — it doesn’t have to be this way. It doesn’t have to be, for real. We have the means. We just need the will. The will to save and strengthen our democracy.”

“We must pass the For the People Act. It’s a national imperative. We must also fight for the John Lewis Voting Rights Advancement Act, to restore and expand voting protections and prevent voter suppression,” the president said.

Republicans in Texas are aiming to ban drive-thru voting, although early voting hours could expand in some counties. (Read more about the Texas voting proposals here.)

“He’ll lay out the moral case for why denying the right to vote is a form of suppression and a form of silencing,” Psaki said ahead of Mr. Biden’s remarks. “And how he will redouble his commitment to using every tool at his disposal to continue to fight to protect the fundamental right of Americans to vote against the onslaught of voter suppression laws, based on a dangerous and discredited conspiracy theory that culminated in an assault on our Capitol.”