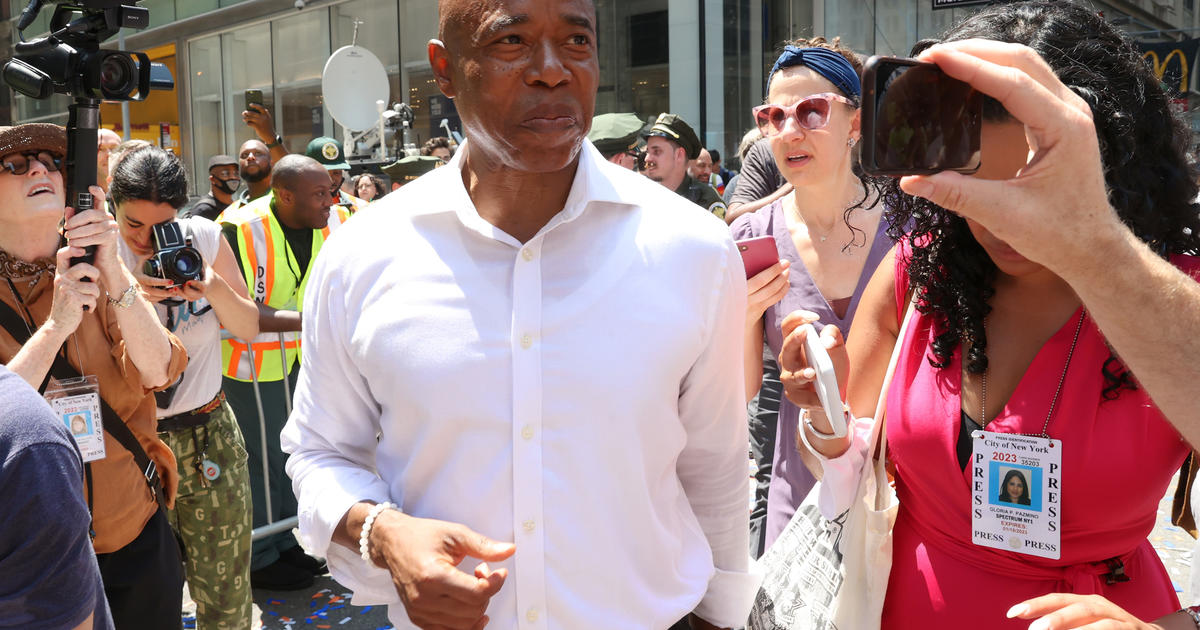 Eric Adams, the Democratic nominee for New York City mayor who won a crowded primary by focusing on what he called his more conservative plans to combat the Big Apple’s recent surge in gun violence, is scheduled to meet with President Biden on Monday at the White House, multiple people familiar with the plans tell CBS News.

Adams is set to join a meeting the president is holding with Attorney General Merrick Garland and other law enforcement and municipal leaders to discuss the nationwide surge in gun violence, according to White House officials. The White House has not yet announced who else is attending.

An aide to Adams also confirmed his participation. He is attending in his capacity as Brooklyn borough president, but Adams is also a former police captain.

During his primary campaign, Adams was critical of Democratic opponents who called for significantly curtailing the budget of the New York Police Department, in some cases by at least $1 billion. While Adams supports revamping the police budget, mostly through targeting inefficiencies, he railed against calls by liberal Democrats to “defund the police.”

He has called himself the “new face of the Democratic Party” for combining a tough-on-crime message with a blue-collar focus. In addition to being a former police officer, Adams said that he’d once been beat up by NYPD officers as a child. He’s also a onetime Republican.

Mr. Biden has also criticized calls to defund police forces, but supports a bipartisan push for police reform being negotiated by lawmakers that might redefine whether police officers could face civil suits if accused of wrongdoing. Currently, officers are subject to “qualified immunity” that shields government officials from civil suits while on duty if they didn’t violate the law.

Adams said over the weekend that he supports the repeal with exceptions.

“I don’t believe a police officer who’s carrying out his job within the manner in which he was trained to do so should be open to a lawsuit,” he told CNN’s “State of the Union” on Sunday. “If he’s chasing an armed person who’s discharging a weapon, and that police officer discharges his weapon and an innocent person is struck by that weapon, we should not have that officer open to a lawsuit.”