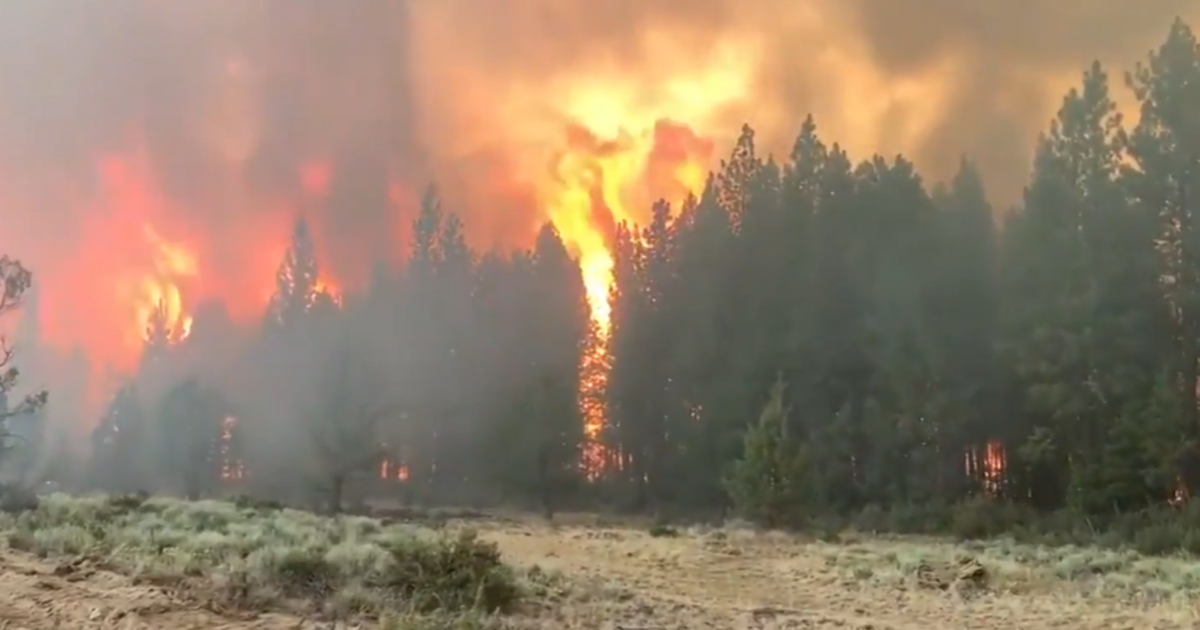 With soaring temperatures already pushing California’s power grid to the limit, utility officials were keeping a weary eye on the Bootleg Fire that is raging out of control in southern Oregon and threatening Path 66 — a vital electric line corridor linking the state with the Oregon power grid.

The fast-growing wildfire has prompted mandatory evacuations, threatening about 3,000 homes. Pushed by strong winds, the fire’s burn zone in Klamath County has grown to more than 120 square miles, according to Oregon’s Office of the State Fire Marshall. There was no containment, CBS SF Bay Area reports.

“The fire will continue to move unchecked in all direction with unstable air conditions and extremely dry fuels,” the National Forest Service said.

CAISO and other grid operators were monitoring the fire as it was burning in the proximity of the California Oregon Intertie — also known as Path 66. It’s a corridor of three parallel 500kV power lines that connects the power grids of Oregon and California.

The three lines are owned by PG&E, PacifiCorp, the Western Area Power Administration and the Transmission Agency of Northern California. PG&E officials on Friday activated the utility’s Emergency Operations Center to monitor the situation and manage any eventualities.

The Fremont-Winema National Forest was partially closed Friday, and smoke was causing visibility issues for motorists in the town of Chiloquin and surrounding areas.

The fire was one of several threatening homes across Western states that are expected to see triple-digit heat through the weekend as a high-pressure zone blankets the region.

A Northern California wildfire also exploded through bone-dry timber, prompting Nevada authorities to evacuate a border-area community as flames leapt on ridgetops of nearby mountains. The Beckwourth Complex, a merging of two lightning-caused fires, headed into Saturday showing no sign of slowing its rush northeast from the Sierra Nevada forest region after doubling in size only a few days earlier.