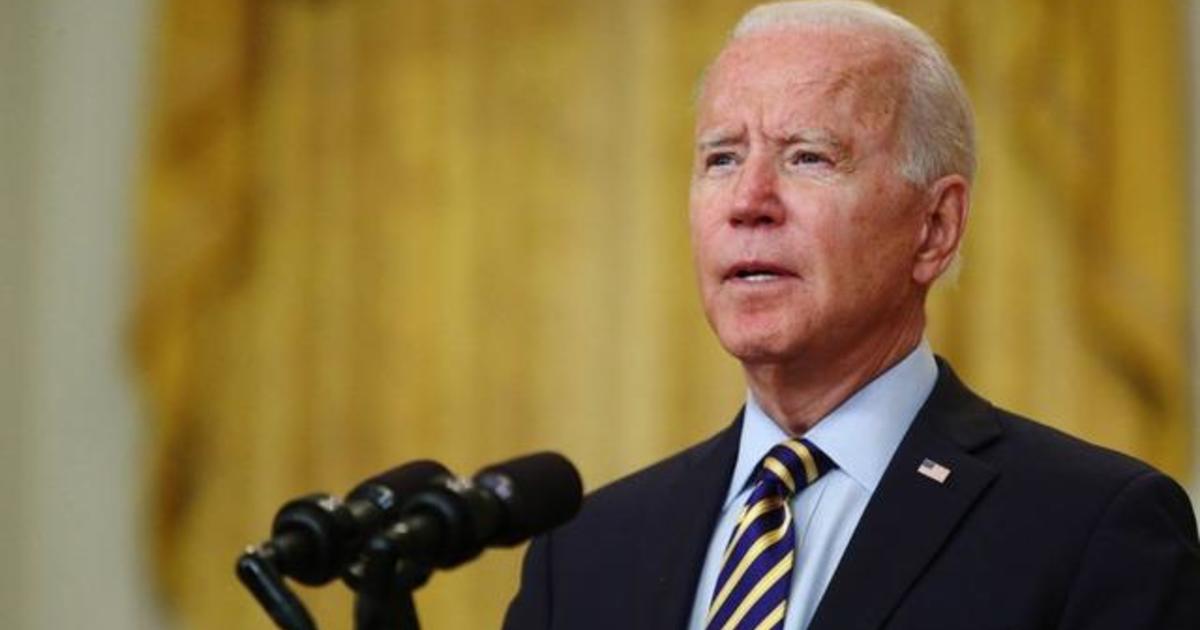 President Biden is signing an executive order on Friday cracking down on what the White House says are anticompetitive practices among technology companies, labor and several other economic sectors. Mr. Biden will deliver remarks on the order this afternoon.

A White House fact sheet says the order to “promote competition in the American economy” will “lower prices for families, increase wages for workers, and promote innovation and even faster economic growth.”

The executive order establishes “a whole-of-government effort to promote competition in the American economy,” the fact sheet says. “The Order includes 72 initiatives by more than a dozen federal agencies to promptly tackle some of the most pressing competition problems across our economy.”

The wide-ranging order includes initiatives to ban or limit non-compete agreements, lower prescription drug prices, allow hearing aids to be sold over-the-counter, and make internet access more affordable by banning excessive early termination fees and ending landlord internet service provider exclusivity arrangements. It would also limit manufacturers from prohibiting self-repairs of their products, making it easier and cheaper to fix items, and require banks to allow customers to take their financial transaction data with them to a competitor.

The order also “encourages the leading antitrust agencies to focus enforcement efforts on problems in key markets and coordinates other agencies’ ongoing response to corporate consolidation,” the fact sheet says. This would involve directing the Justice Department and Federal Trade Commission to “enforce the antitrust laws vigorously,” and establishing a White House Competition Council led by the director of the National Economic Council.

The order does not impose the will of the White House directly, but instead encourages different agencies to take action. For example, it urges the Surface Transportation Board to require railroad track owners to provide rights of way to passenger rail, and ask the Federal Maritime Commission to enforce rules against shippers charging American exporters high fees.

“The overarching objective with the executive order is to make sure the President is encouraging competition in industries around the country,” White House press secretary Jen Psaki told reporters on Thursday.

The Biden administration’s staffing choices have signaled its commitment to tighter antitrust enforcement, in particular the focus on what some experts contend are anticompetitive practices by Amazon, Facebook and other Big Tech companies. New FTC Chair Lina Khan is a prominent critic of the technology industry, having previously led the House Antitrust subcommittee’s investigation into the power of so-called Big Tech companies. The panel’s 2020 report detailed a range of anticompetitive practices and accused Amazon, Apple, Facebook and Google of stifling competition, charging “exorbitant” fees and eroding democracy.

As a student at Yale Law School, Khan in 2017 also authored an influential paper, titled  “Amazon’s Antitrust Paradox,” that charged the online retailer with predatory pricing and, more broadly, made a case for stiffening antitrust enforcement.

Other White House economic advisers are also seen as favoring tougher antitrust rules. Columbia law professor Tim Wu, a special assistant to Mr. Biden on tech and competition with the National Economic Council, has long raised concerns about the size and dominance of big companies, including in a 2018 book “The Curse of Bigness: Antitrust in the New Gilded Age.” And Heather Boushey, a member of the White House’s Council of Economic Advisers, is a co-founder of the Washington Center for Equitable Growth, a progressive think tank that advocates for stronger antitrust regulations.

Wall Street analysts expect the Biden administration to push hard to rein in Big Tech and other dominant companies.

“The Biden administration’s antitrust team is mostly in place and preparing for a significant ramp up in regulatory scrutiny over the coming months and years,” analysts with investment bank Raymond James said in a report on Friday assessing the impact of Mr. Biden’s executive order. “The market will especially be watching the tech space and signs point to regulators, as well as lawmakers on Capitol Hill, keeping the most dominant tech platforms in their sights in the near to medium term.”