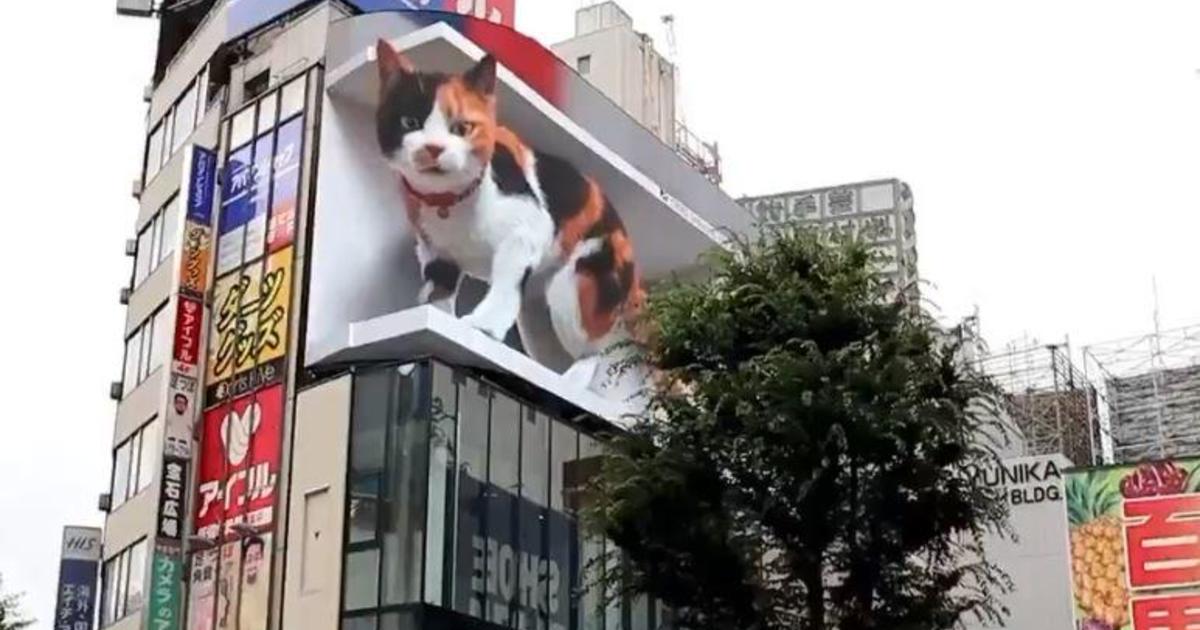 Tokyo — Many people may have gotten through the pandemic, and perhaps some long workdays, by sneaking off to watch cat videos on the internet. But in the Japanese capital, there’s one new cool cat in particular taking the city by storm, and this feline is larger than life.

Japan is a country with an awful lot of crazy cat lovers. But the Godzilla of felines looming over Tokyo’s bustling Shinjuku commercial district is getting all the buzz these days.

Every few minutes, giant “Shinjuku cat” briefly pops into view, flicking his tail and gazing down upon a growing band of admirers on the streets below.

“With the pandemic, we don’t have any way to chill out,” one hotel employee who had come to see the giant kitty told CBS News. “We’re dog people, but the cat is so adorable, it’s soothing.”

Like most cats, the one created by digital marketing firm Cross Space operates on its own timeline, making only short appearances throughout the day.

“That giant cat looks like it’s ready to pounce,” said another onlooker. “It’s really powerful and cute. I loved it — but I would have liked just a few more seconds with the kitty.”

From its 1,600-square-foot perch, the monster ball of virtual, 3D fur has its own livestream feed and a Twitter account with 17,000 followers, and counting.

Just last year the Starship Enterprise appeared to fly out of a wall and over the heads of shoppers in Chengdu, China, and in Taiwan, an LED cyclops menaced pedestrians.

But here in Tokyo, it’s the “giant cat” giving people a refreshing paws from their daily grind.