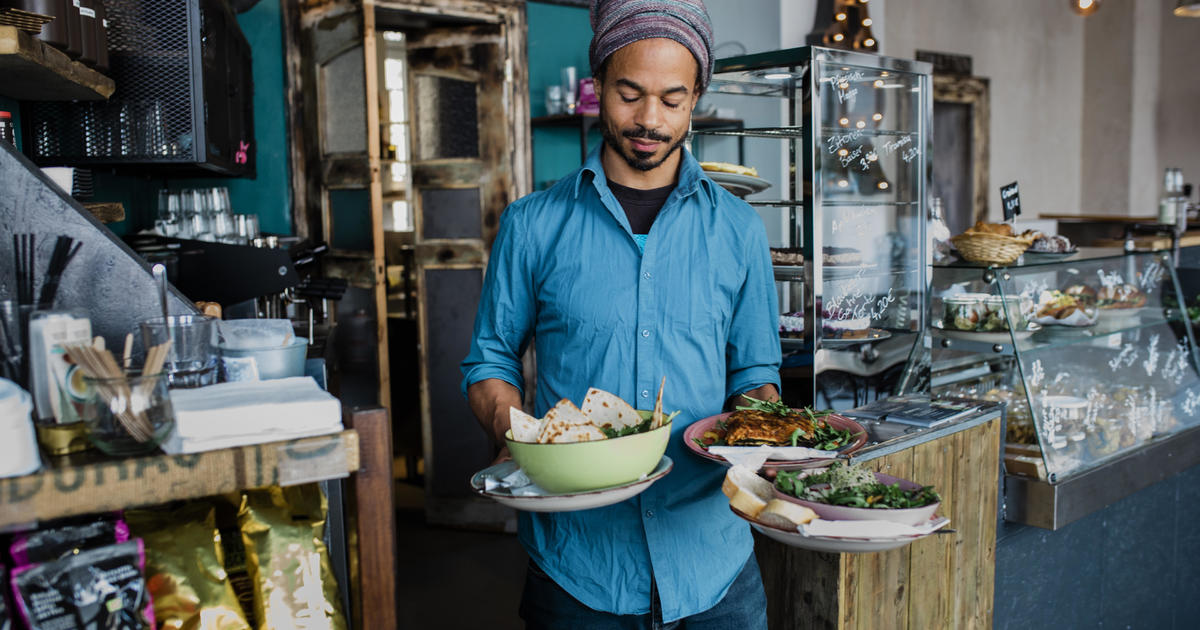 The difficulty many restaurants are having finding workers as businesses try to turn the page on the pandemic is benefiting one group: restaurant workers.

The swift U.S. economic recovery, fueled by the availability of COVID-19 vaccines, is at least temporarily empowering people in the notoriously low-paying leisure and hospitality industry to demand higher wages and better working conditions. In another boon for workers, businesses scrambling to fill positions are dangling cash bonuses and other incentives in front of job applicants.

“Leisure and hospitality was obviously one of the top markets adversely affected by the pandemic, and now it’s climbing back very rapidly and everyone is trying to hire at the same time,” said Ioana Marinescu, a labor economist at the University of Pennsylvania. “So competition for workers is very intense compared to normal times, and there is a lot of congestion — just like a traffic jam.”

Take Alex Pincus, owner of Crew, a restaurant group based in New York, who told CBS MoneyWatch that the labor shortage in his industry is hampering business.

“It is an absolutely insane time in the restaurant world right now attracting talent. If we could, I would hire 10 chefs today, three managers, 10 hosts, 10 servers. There are so many roles we need to fill because, at the moment, our restaurants are busy but we are greatly understaffed, and it’s very difficult to find people.”

With leisure and hospitality businesses competing workers, workers are finding more options. “Even if they don’t have another job lined up right now, they can reasonably hope to get a different one. So that slows things down in terms of the whole interviewing and hiring process,” Marinescu said.

Restaurants are suddenly faced with restaffing their establishments as pandemic restrictions were lifted and consumers returned in large numbers.

“We’re starting to see some pickup in wages as well. It makes total sense, you have increased demand, markets trying to adjust to businesses scrambling to find the employees. There is a bit of a lag in getting the matching to happen,” said Fitch Ratings credit analyst Erik Kim.

Teenage workers are filling some of the openings that don’t appeal to more seasoned workers. At the Cattivella Italian restaurant in Denver, Colorado, 16-year-old Harry Hittle, is earning up to $22.50 an hour, including tips, bussing restaurant tables.

“There’s never been a better time to apply for a job if you’re a teen,” Mathieu Stevenson, CEO of Snagajob, an online job site for hourly work, told the Associated Press.

Some economists also dismiss the notion that there’s a labor shortage at all, saying that it doesn’t cut across sectors and that leisure and hospitality businesses just need to raise wages for bartenders, waiters, hosts and other workers to show up.

“850,000 new jobs, more than a third of which were in leisure and hospitality,” tweeted University of Michigan labor economist Betsey Stevenson, of the number of jobs employers added in June. “Wages are up. So it turns out that you can find workers, you just have to pay a better wage than in the past because wages of low-wage workers are going up.”

Michael Lastoria, co-founder and CEO of &Pizza, a fast-growing pizza chain with dozens of locations across the Northeast, said that offering a starting wage of around $16 per hour has allowed the company to attract and retain enough workers to open 12 new locations over the past year, with each site receiving more than 100 job applications.

“There is no better way to attract someone to a job than to guarantee them that if they work 40 hours a week they won’t be living in poverty,” Lastoria told CBS MoneyWatch.

&Pizza offers workers health insurance, sick leave, paid time off for activism and other perks, according to Lastoria. But the key to finding qualified workers starts with offering a living wage.

“These are all great ways to attract employees, but at the end of the day they are ancillary to paying someone enough to put a roof over their heads and food on the table,” he said. “If the only way to keep your business viable is to trap your employees in poverty, then perhaps you should be rethinking your business model.”

Although people in the restaurant business can be choosier in taking a job, those conditions won’t last forever, while pay remains modest at best, experts note.

So while restaurant workers have more options today, “that doesn’t mean there are a bunch of family-sustaining jobs,” said Heidi Shierholz, a labor economist with the Economic Policy Institute. “The weekly wages that are in that industry — they are extraordinarily low.”

In June, average weekly earnings for all employees in the leisure and hospitality sector amounted to $483, or just over $23,000 per year, according to U.S. Bureau of Labor Statistics.

“Wages have grown in leisure and hospitality this year for sure, but they plummeted in the earlier part of the recession. So it’s not like the wages are high by any stretch in this industry,” Shierholz said. “These workers definitely have more leverage than they did in December in the worst of this, but it is far from an industry where workers call all the shots. It’s still extremely low wages, unstable hours, weak benefits.

Eventually, the industry is likely to arrive at a post-pandemic equilibrium, and workers will lose some of their newfound bargaining power.

“I looked hard and I can’t see anything in this that I expect to be permanent,” Shierholz added. “We’re in a labor market that’s in very rapid flux, so there are some pockets like this where we’re seeing unusual dynamics. But I think this is a temporary shift in some of the bargaining power to workers.”