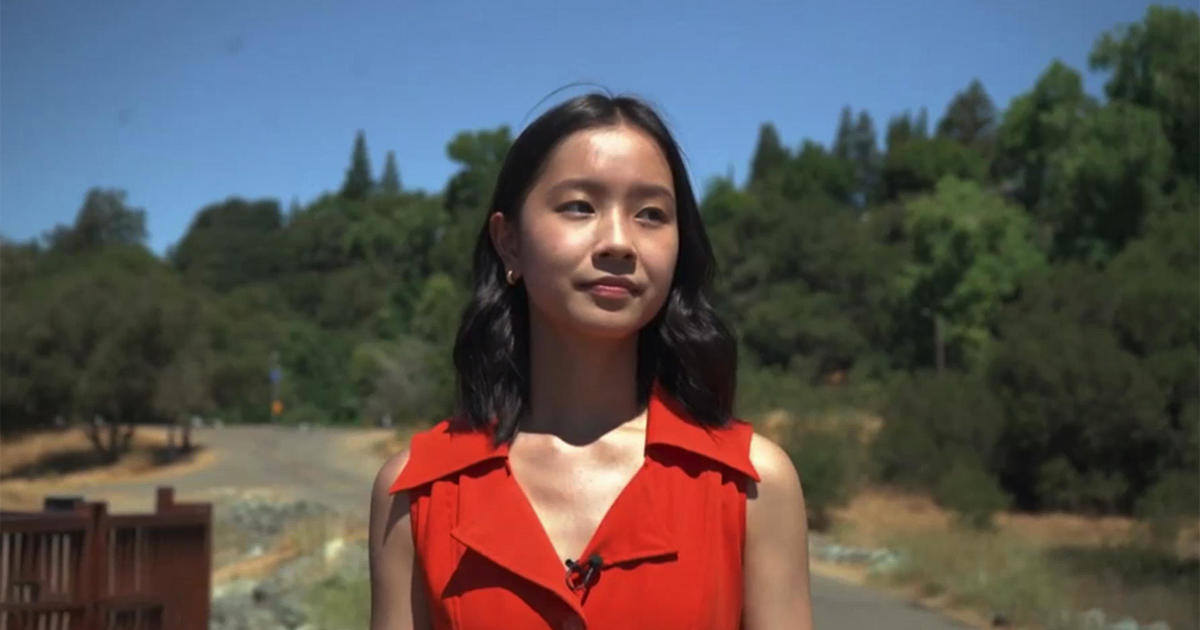 You might remember poet Amanda Gorman, who performed at this year’s presidential inauguration. Before she took the stage at the Capitol and landed on the cover of magazines like Vogue and Time, Gorman was honored as the first National Youth Poet Laureate, back in 2017.

Her name is Alexandra Huynh and at 18, this inspiring young woman is ready to share her ideas for making the world a better place through what she calls her superpower, poetry.

Huynh is telling her story of a California childhood interrupted by climate change. And the pride she feels as a Vietnamese-American.

Poetry has opened up a world of possibility to this shy rising college freshman.

“When Amanda Gorman was crowned the inaugural National Youth Poet Laureate,” Huynh told Jan Crawford for “CBS This Morning,” “I thought to myself, ‘Oh, that’s so cool. Couldn’t be me, though.'”

“So you never even thought, ‘Hey, maybe?'” Crawford asked.

“Yeah, no, I never thought it was possible,” Huynh said.

But in May of this year, it was her.

“It was just this overwhelming ‘why?’ And I think I’m still asking myself that question,” Huynh said. “Why. Why me? Why am I here?”

The ‘why’ starts with her parents, Dong Huynh and Thao Nguyen, who were high school sweethearts in Vietnam before immigrating to the U.S. to pursue higher education. Alexandra Huynh grew up with her three siblings and two working parents in Sacramento.

“I’m very proud of Alexandra. And [I] never would [have] dreamed that I would be a mom [to] such a national figure like that,” Nguyen, Alexandra’s mother, said. “That means that all the hard work that we put in to raise our children [paid] off.”

Her parents say Huynh has always been introverted, preferring to observe rather than speak. But as a kid, she took singing lessons.

“And after a while, I got kinda restless because I was thinking, ‘Why am I singing all of these songs that weren’t written for me that can’t show the nuance of my lived experiences?'” Huynh said. “I just thought to myself, ‘Well, why don’t I just write what I want to see?’ I think poetry and songwriting has allowed me to write myself into existence and give myself a say.”

When Huynh found her voice, she realized she had a lot to say about equality, climate change and identity.

“When you talk about your identity,” Crawford said to Huynh, “you wanted to show that your culture was something that was not necessarily to be, quote, ‘overcome.'”

“Yes. 100%. I think that in hearing my story, people might be… quick to applaud me because they believe that Asian culture is stifling, especially to female voices. But… I never spoke up, not because I felt like I was going to be punished… it’s just that no one asked me what I was thinking,” Huynh said. “No one asked. And that’s just a larger testament to the fact that there are so many people who walk around with these amazing thoughts in their head and because no one tells them that their voice matters, they don’t see any point in sharing it.”

“Your sister has said that she thinks that you seem so much more confident when you’re performing poetry,” Crawford said. “Do you feel that?”

“I do,” Huynh said. “When I’m on stage, I don’t feel scared of messing up because I don’t think I could ever forget words that I wrote myself.”

And as a little girl, she found herself identifying with Disney’s “Hannah Montana,” a show about a normal teenage girl who lived a secret life as a pop star.

“I was really intrigued by the idea of a double life,” Huynh said. “Because I kinda felt like I was leading one. In my head, I was very opinionated and I always had something to say. But on the outside… I did what everyone expected me to do. And… I’ve been trying to find a way to mesh those two halves together. Because it can be kind of excruciating when you feel like the person that is being perceived isn’t the person that’s inside of your head.”

“Yeah, because you’re not– feel like you’re being true to yourself,” Crawford said.

“Yeah, absolutely,” Huynh said. “I think I was so drawn to Hannah Montana because she found a way to make– to make that second identity a reality. And maybe that’s what I’m doing with poetry. I’m writing my truest self in attempts to make it, you know, my everyday self.”

Now that she has a national platform, Huynh wants to reach back and make sure other people’s voices are heard as well.

“I feel incredibly privileged to be here,” Huynh said. “And I know that it took a lot of work on my behalf. But I also know that my community has put in just as much, if not more work, by mentoring me. And really giving me access to spaces where I felt like my voice mattered. So, it’s the win of my entire community. The Vietnamese-American community, Sacramento, I’m just so happy to uplift their stories.”

This fall, Huynh will study engineering at Stanford. She plans to use that training to put into action some of the ideas she shares in her poetry of bettering her community and building a more sustainable and equitable world from the ground up. She also dreams of writing a book of poetry that will be translated into her first language, Vietnamese.