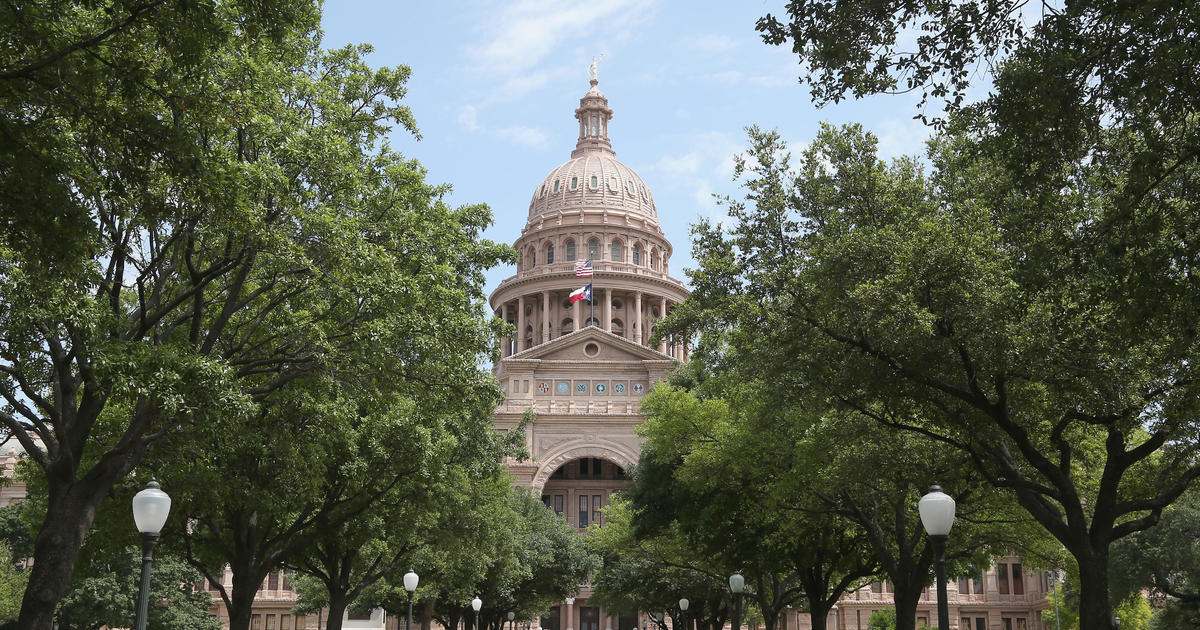 Texas lawmakers are being corralled back to Austin on Thursday for a special session that’s expected to focus on hot-button conservative priorities and put the Lone Star State’s battle over voting rights back in the national spotlight.

Governor Greg Abbott unveiled an ambitious agenda about 24 hours before Thursday’s special session is slated to begin. Election integrity, bail reform, border security, social media censorship, transgender sports and critical race theory are among the issues Abbott wants lawmakers to tackle over the session, which could last up to 30 days.

“The 87th Legislative Session was a monumental success for the people of Texas, but we have unfinished business to ensure that Texas remains the most exceptional state in America,” Abbott said in a statement.

The special session comes several weeks after Texas House Democrats staged a walkout to defeat a bill that would have overhauled the state’s election laws.

The special session could bolster Abbott’s conservative credentials ahead of his re-election campaign and also boost his national profile ahead of a potential presidential bid in 2024. Abbott is facing multiple 2022 primary challengers from his right, including Texas GOP Chairman Allen West, who announced his candidacy on July 4.

“The worst-kept secret in Austin is that Greg Abbott is running for president,” Democratic state Representative Rafael Anchia told CBS News. “Look at the last few bill signing ceremonies by (Florida Governor) Ron DeSantis and Abbott is going to want to match that blow-for-blow.”

The special session’s agenda also includes funding for the state legislature and legislative staff. Abbott vetoed that funding last month after the Democratic walkout. Texas Democrats and other organizations have asked the Texas Supreme Court to override that veto, but the court has not weighed in yet. One notable item not on the agenda: help for the state’s electric grid, which struggled to produce enough electricity for Texans during a heavy snowstorm in February.

Perhaps no issue will receive as much national attention as the renewed fight over proposed changes to Texas’ voting laws.

It’s not immediately clear what will be in the special session’s election bill, but the final version of SB 7, the bill that lawmakers failed to pass in May, provides an indication of what might be included. That bill would have set limits on the hours that early voting can be conducted, banned drive-through voting, added new requirements for mail voting and made it a felony for public officials to send unsolicited absentee ballot applications.

Two of the more controversial provisions from that bill, delaying the start time for Sunday early voting and lowering the standard for overturning an election based on claims of fraud, will not be included in the new bill, Texas Lieutenant Governor Dan Patrick tweeted on Tuesday. Patrick also serves as president of the Senate.

“I will gavel in the Texas Senate tomorrow morning at 10 AM. We are ready to pass all of the legislation on Governor Abbott’s Special Session call starting with SB1 — Election Security. Hearings will begin Saturday,” Patrick tweeted on Wednesday.

Republican State Representative Travis Clardy told NPR last month that lawmakers did not intend to change the Sunday voting start time to 1 p.m. Clardy also said in another interview that there was “zero appetite or intent or willingness to create some low bar where a single judge can overturn the results of an election.”

GOP State Senator Bryan Hughes, one of the authors of SB1, said the bill will include many provisions from last session’s election measure, such as extending early voting hours for some medium-sized counties and eliminating drive-through voting and 24-hour voting. Those practices were used by Harris County, home to Houston, during last year’s election.

“We believe that when people trust the system and know their vote is going to count and count accurately, they’re going to want to participate,” Hughes said. “These are dealing with specific issues that have come up in Texas elections.”

Democrats have tried to keep up the pressure against the passage of a sweeping election bill. Several Democratic lawmakers went to Washington D.C. in June to meet with Vice President Harris and Congressional Democrats about voting rights.

Trey Martinez Fischer, one of the Democrats who led the walkout in May, said House Democrats and Republicans were able to work together during the spring session to take some of the “sharp edges” off of a previous version of the Senate’s voting bill. He said Democrats are willing to work with leadership again, but did not rule out another walkout.

“Every option is on the table. The tools we used in the regular session to defeat voter suppression are going to be the tools we’ll use in the special session,” Martinez Fischer said.

Texas Democrats have a history of walkouts. They broke quorum twice in 2003, including leaving the state to go to Oklahoma, during a battle over redistricting.

Martinez Fischer and other Democrats sent a letter to Texas House Speaker Dade Phelan on Monday asking for a “fair, transparent, and accessible process throughout the special session.” They also said no action should be taken on bills until legislative funding has been restored.

“If they’re going to take our input, then we have the opportunity to govern together,” Martinez Fischer said. “If they want to govern in a hyper-partisan fashion, there’s not a single Democrat who will remain on that House floor and let Republicans run over our voting rights.”

Martinez Fischer said he hasn’t received a response from the state House speaker, but he’s optimistic that a new committee that Phelan announced on Tuesday “brings a more diverse group of leaders together” who are known for being “pragmatic and bipartisan.”

Voting rights and election reforms have been one of the top political issues in 2021. State lawmakers around the country considered hundreds of bills to amend election laws. Georgia, Florida and Iowa were among the states that passed some of the most high-profile changes. The Justice Department announced in June that it is suing Georgia over its new voting law. Last week, the Supreme Court ruled that two voting rules in Arizona do not violate a key provision of the Voting Rights Act.