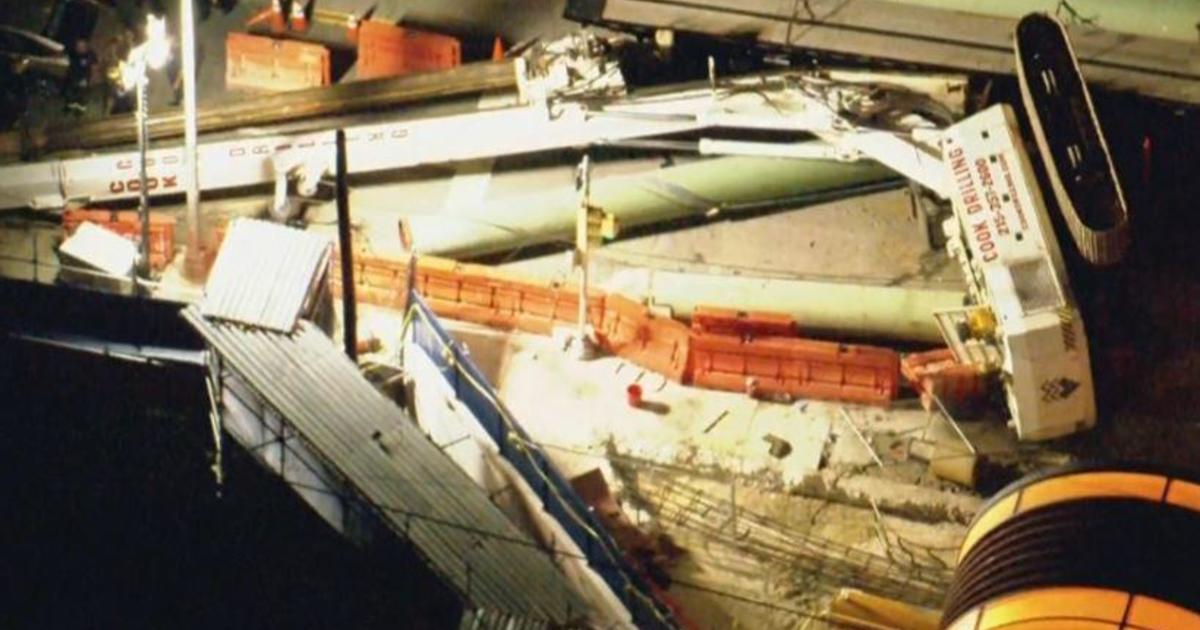 A massive construction drill toppled over and crushed a man to death Tuesday night in Philadelphia, police said.

Firefighters and police responded just after 9:10 p.m. to the 3100 block of Convention Avenue near Franklin Field and the Penn Museum in University City and found the man trapped under the drilling rig, CBS Philadelphia reports. It was not known how long the 55-year-old had been there.

According to  The Philadelphia Inquirer, he was still breathing but unconscious and bleeding heavily when he was rescued. He was transported by medics to Penn Presbyterian Medical Center, where he was pronounced dead at 9:45 p.m., said Chief Inspector Scott Small.

The rig operator was not seriously hurt but may have been taken to the hospital to be checked out, Small said.

“Moving heavy equipment from off of a tractor-trailer and putting it into the work site. So that’s when the crane turned over and that’s when we were called out,” Philadelphia Fire Deputy Chief Chuck Walker said.

The rig was marked as belonging to Cook Drilling Corp. of Trevose. The company’s website shows a rig that appears similar and says it weighs 75 tons.

A representative for the company could not be reached for comment.

Police were investigating the accident and the Occupational Safety and Health Administration also was expected to investigate, Small said.