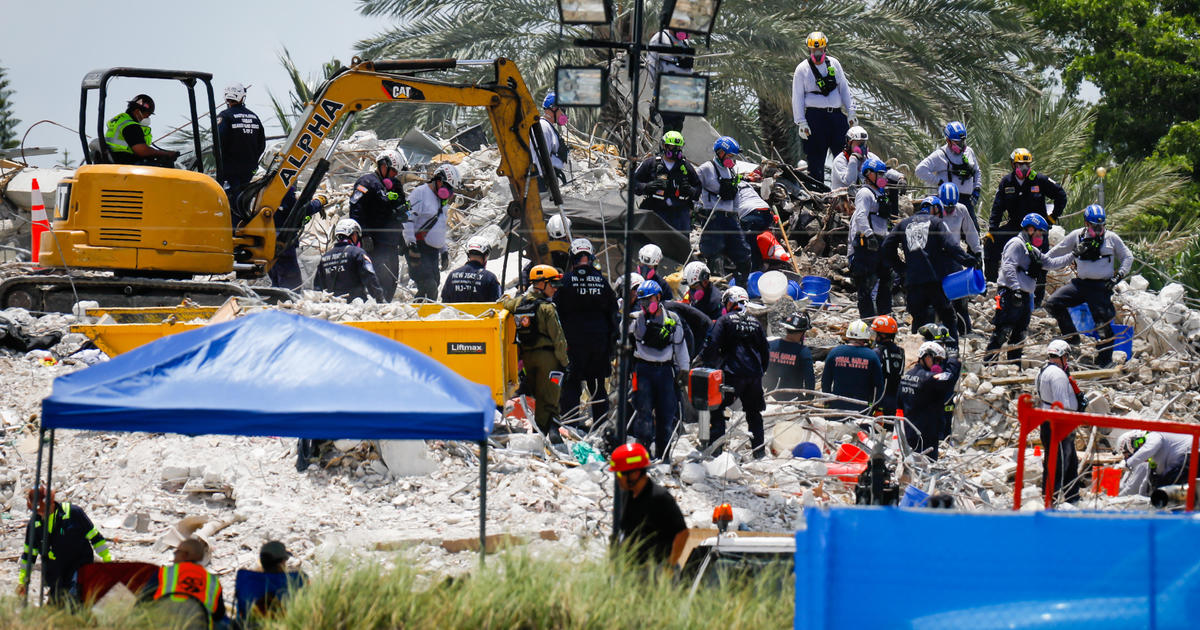 Officials are holding a media briefing in Surfside on Tuesday morning as Tropical Storm Elsa nears Florida, complicating search efforts nearly two weeks after the deadly condo collapse. The death toll stands at 28 and another 117 people remained unaccounted for.

Search crews at the Champlain Towers South collapse site worked through the night while dealing with the rain bands and gusty wind from the storm. At least 80 search and rescue team members are working on the pile at any given time, rotating in 12-hour shifts.

When there is thunder and lightning, the search is temporarily paused.

“They are continuing their mission of the search of the collapsed area,” said Miami-Dade Mayor Daniella Levine Cava, CBS Miami reports. “They’ve worked under this great difficulty, and they have pulled shifts to rotate because that’s how much they want to be out there searching. The first responders are the most frustrated by any delays we have. They live to save lives.”

Elsa is forecast to pass near the Florida Keys on Tuesday morning, then move near or over part of Florida’s west coast into Wednesday, according to the National Hurricane Center.