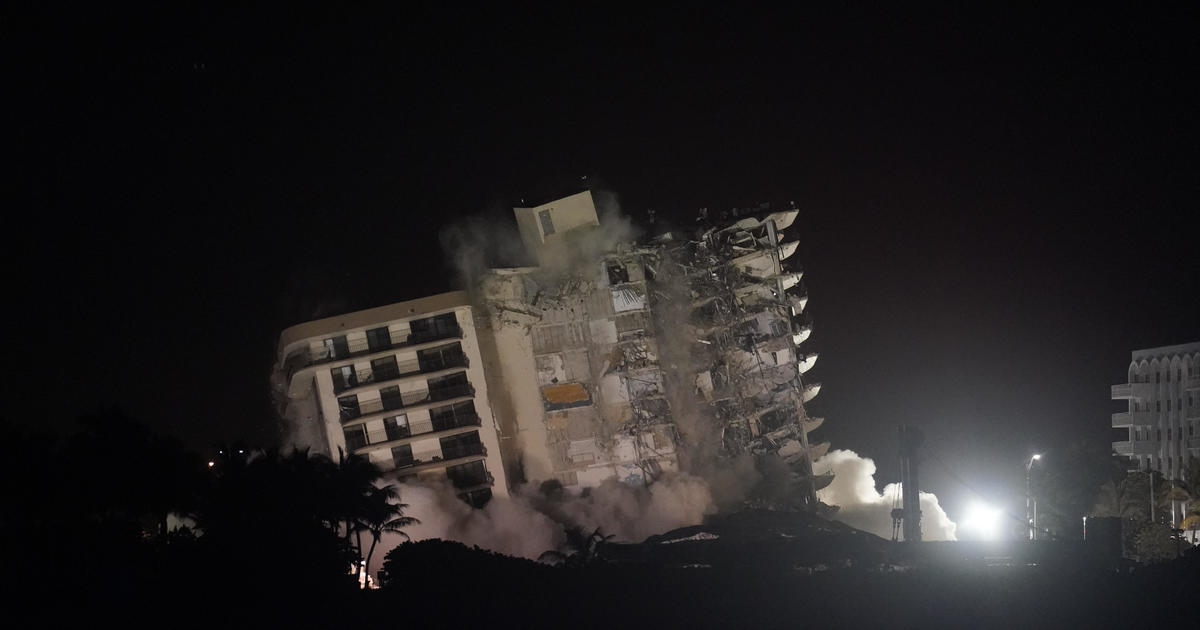 Demolition crews have set off explosives to bring down the damaged remaining portion of a collapsed South Florida condo.

The demolition Sunday night was key to resuming the search for victims of the June 24 collapse and even expected to open new areas for rescue teams to work in. No one has been found alive since the first hours after the disaster. So far, rescuers have recovered the remains of 24 people, with 121 still missing.

Search efforts were suspended Saturday to allow demolition workers to drill holes for the explosives needed to bring the damaged Surfside building down.

A Miami-Dade fire official said previously that search teams could resume their work between 15 and 60 minutes after the demolition.

Concerns had mounted that the damaged building was at risk of falling on its own. The approach of Tropical Storm Elsa added urgency to the demolition project. With the entire building down, rescuers hoped to have access for the first time to parts of the garage area that are a focus of interest.