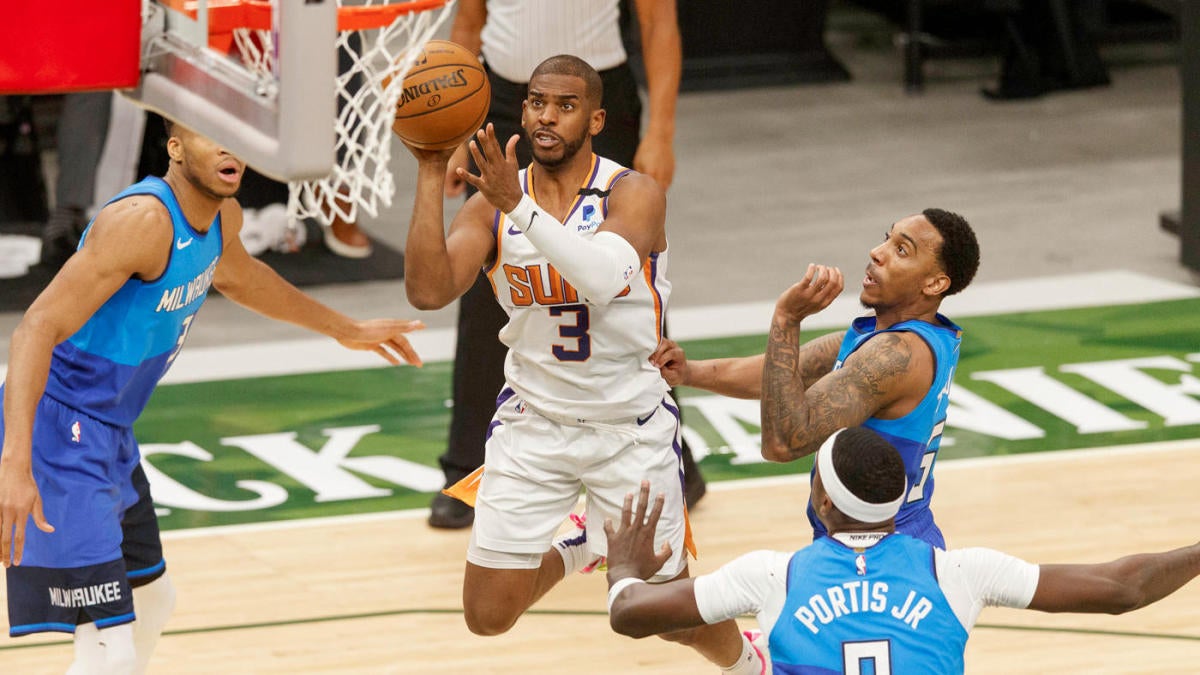 Back in December, when the 2020-21 NBA season got underway in the midst of an ever-worsening pandemic, and with teams playing to empty arenas, no one really knew how things would play out. What followed was the most unique and challenging seven months of basketball the league has ever seen. And now, finally, we have reached the conclusion.

On Tuesday night, the Phoenix Suns will host the Milwaukee Bucks in Game 1 of the 2021 NBA Finals. This isn’t the matchup anyone was expecting, even after the playoff brackets were released. It should be quite competitive, though, and in a season that was filled with unexpected twists and turns, it’s a fitting way to close things out.

The Suns have never won a title in their 53 years of existence, while the Bucks won their one and only championship back in 1971. Either way, a long title drought will be coming to an end. There’s plenty at stake on the individual level as well, with Chris Paul chasing his first ring and Giannis Antetokounmpo looking to come back from a knee injury to do the same.

Thanks for signing up!

Keep an eye on your inbox.

There was an error processing your subscription.

Ahead of Game 1, here’s a look at our experts’ Finals predictions:

Bill Reiter’s take: To the healthy team this season, and not necessarily the best, will go the spoils. And that appears to be the Suns right now. With Giannis’ status so uncertain, and the Suns excellence beyond doubt, Phoenix finds a way to get it done. Pick: Suns in six

Brad Botkin’s take: Giannis Antetokounmpo will be back, and I gain more confidence in Khris Middleton and Jrue Holiday every game. They’re both so good, and Brook Lopez is playing lights out. This is going to be an awesome series. Paul and Giannis are both on a mission. Middleton and Booker are eerily similar players. Deandre Ayton and Brook Lopez could be a wash. Both defenses are tremendous. I actually trust Phoenix to shoot better. But I just have a feeling about the Bucks. We tried to talk about them as a title-contending team before they were ready, before they brought in another creator in Holiday to fill the holes Giannis can’t fill, and now they’re actually coming to fruition in the year we sort of forgot about them. Pick: Bucks in seven

James Herbert’s take: It’s hard to pick Milwaukee without knowing more about Giannis Antetokounmpo’s status, and even if he were healthy this would be a tough call. The Bucks’ defense has been stingy and fairly adaptable throughout the playoffs, but I can see Phoenix’s pick-and-roll game giving them trouble. Pick: Suns in six

Colin Ward-Henninger’s take: I cannot unsee what I witnessed from Chris Paul to close out the Clippers series, and that was a man who will not let his team lose. With Giannis at least being hampered, if not out, to begin the series, that should give the Suns the running start they need to ultimately win the title on their home court in Game 7. Pick: Suns in seven

Sam Quinn’s take: If Giannis Antetokounmpo was healthy, I’d probably lean Milwaukee. But this is a dream matchup for the Suns. They took the fourth-most mid-range shots in the NBA this season and made them at the highest percentage in basketball. The Bucks allowed the second-most mid-range shots during the regular season and their opponents made them at the second-highest percentage in basketball. The Bucks simply cannot rely on their base drop coverage against Chris Paul and Devin Booker, and that is going to be the difference in a close series. Pick: Suns in seven

Jack Maloney’s take: Anyone claiming to make a confident pick when Giannis’ status is still up in the air is lying to you. Bucks in six because I’ve picked them in every other series so why not. Pick: Bucks in six

Michael Kaskey-Blomain’s take: Giannis’ health is obviously a major factor in this series, and if he’s unable to play and be near the peak of his powers, that will give a major advantage to Phoenix. But, assuming that he is able to play close to his usual level, the Suns will have a really tough time slowing him down on the offensive end. Plus, in Jrue Holiday they have an excellent perimeter defender to use on Chris Paul and/or Devin Booker throughout the series. Ultimately, I think the Bucks will be able to pull it out. Pick: Bucks in seven

Jasmyn Wimbish’s take: The Suns have been the more consistent team in the playoffs, and with Giannis’ status unknown to start the series that should only give Phoenix more momentum to jump out to an early series lead. Pick: Suns in six