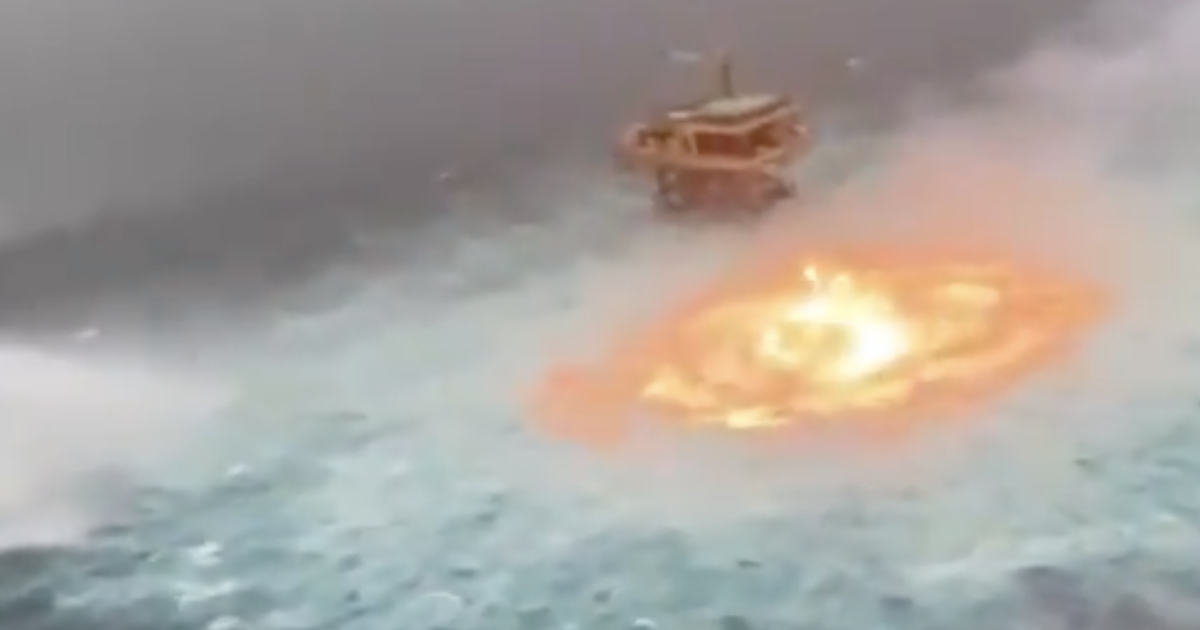 It seems like something that could only appear in a movie, but on Friday, it was reality: The ocean was on fire. A gas leak west of Mexico’s Yucatan Peninsula broke out of an underwater pipeline, causing bright flames to appear to boil up to the Gulf of Mexico’s surface and create what many described as an “eye of fire.”

Gas started leaking from the pipeline in the Campeche Sound at roughly 5:15 a.m. on Friday, according to a statement from the company that owns the pipeline, Petróleos Mexicanos, otherwise known as Pemex.

Pemex, a state-owned petroleum company, said in its statement that the incident was dealt with immediately after security protocols were activated, and firefighting vessels were sent to deal with the incident.

Normal operating conditions resumed around 10:45 a.m. on Friday, Pemex said, after interconnection valves were closed and the fire was extinguished. The company reported no injuries or evacuees, and said that it will investigate what happened.

Angel Carrizales, executive director of Mexico’s security, energy and environment agency, wrote on Twitter that the pipeline did not generate a spill.

Journalist Manuel Lopez San Martin posted the now-viral videos on Twitter, which show four ships appearing to spray water at the massive circle of flames. The fire, according to Martin, was just 400 meters from an oil platform.

Pemex has a history of major industrial accidents. According to its website, the company operates 81 drilling rigs, including 11 that are offshore.

In April, one of Pemex’s wells in Sota la Marina in Tamaulipas, Mexica, developed a leak, according to a statement on the company’s website. The company said it would build a dam to prevent the flow of water and clay and that the leak did not pose any risk because the area was unpopulated.

In February, a fire broke out at the Tula-Salamanca pipeline in San Juan del Rio, but later controlled and extinguished the blaze, the company said in a statement.

In January 2019, a Pemex-owned fuel pipeline in Tlauhuelilpan, Hidalgo exploded, killing dozens of people who were gathered around an illegal pipe drain to get fuel. Following the incident, Pemex said the pipeline had been breached 10 times over three months. It was estimated that 10,000 barrels of gasoline were going through the pipeline with 20 kilograms of pressure when it ruptured.