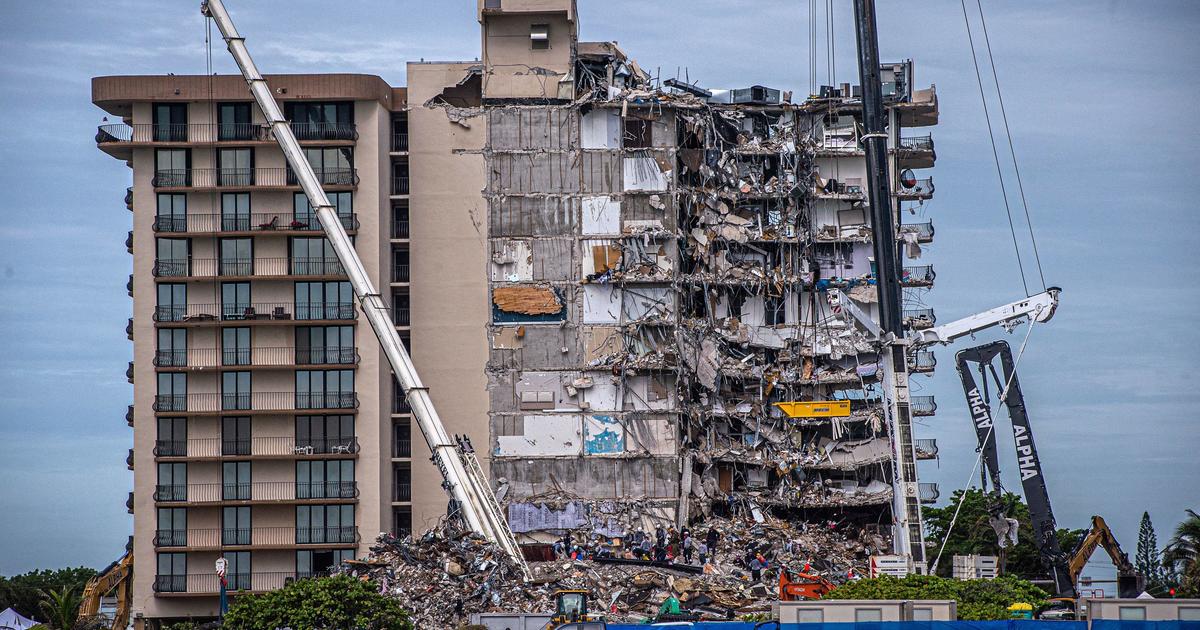 Search and rescue efforts resumed Thursday evening at the Surfside condo collapse site after they were called off over fears that what’s left of the building could cave in. Search crews made the decision to suspend the search early Thursday morning after discovering part of the building had shifted as much as a foot.

Engineers detected a large column in the portion of the building that is still standing that had moved 6 to 12 inches. First responders scrambled out of the area after there were reports of cracking sounds.

“Our monitors went off where we are monitoring the cracks. We had three that signal that there was some expansion or whichever with those cracks,” said Miami-Dade fire chief Alan Cominsky.

Operations were suspended for more than 15 hours, but resumed “after the recommendation of structural engineers who inspected the remaining structure,” according to Miami-Dade Fire Rescue.

Crews are now “planning for the likely demolition of the building while the search and rescue continues,” Miami-Dade County Mayor Daniella Levine Cava said at an evening press conference, according to CBS Miami.

The search’s temporary pause was a blow to family members of the victims. At least 145 people remain unaccounted for a week after the building collapsed in the middle of the night. Eighteen people have been confirmed dead.

President Biden and first lady Dr. Jill Biden traveled to Surfside on Thursday to thank first responders for their work. Mr. Biden sat with survivors and consoled relatives of those who died and those who are still missing.

“It is bad enough to lose somebody but the hard part, the really hard part, is to not know whether they’re surviving or not. Just not have any idea. When the accident took my wife and my family, the hardest part was were my boys going to get out? Are they going to make it?” Mr. Biden said, referring to a car crash that killed his first wife and young daughter.

Mr. Biden also pledged the federal government would cover 100% of the search and rescue cost for the first 30 days.