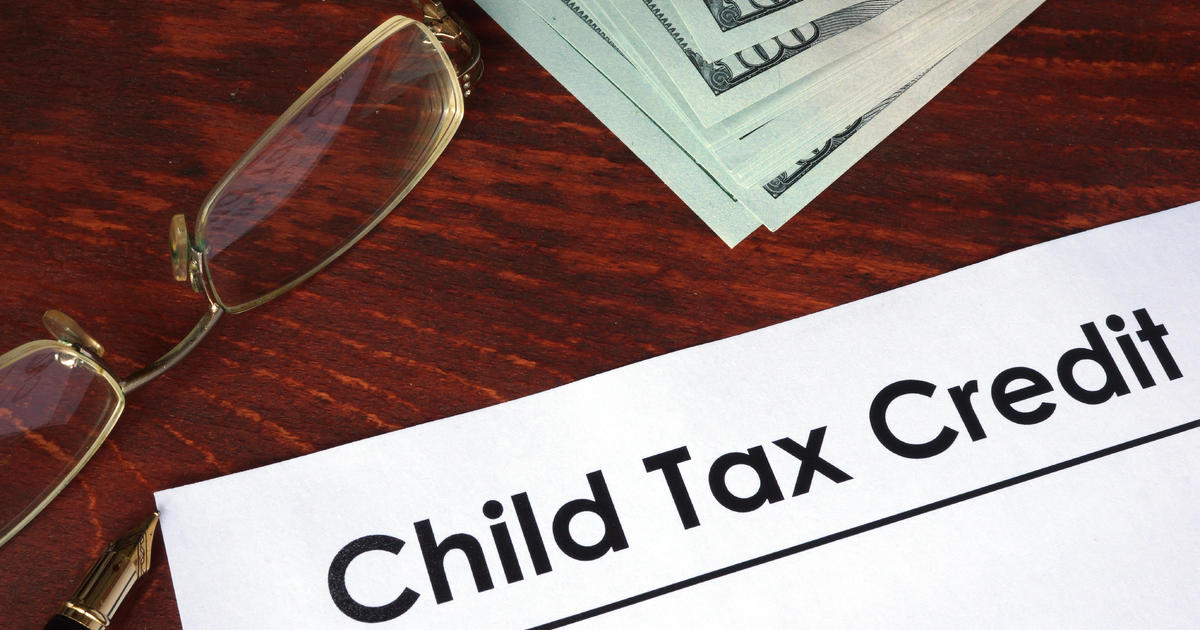 About 36 million American families on July 15 will start receiving monthly checks from the IRS, as part of the expanded Child Tax Credit. Eligible families will receive up to $1,800 in cash through December — however, the tax credit has a complication that may prompt some families to opt out.

The enhanced Child Tax Credit (CTC) was signed into law by President Joe Biden as part of the American Rescue Plan. The effort expands the benefit from a $2,000 credit, taken annually when you file your taxes, to up to $3,600 per child, with half the amount divided into six payments to be paid out in cash, on a monthly basis, from July through December, and the rest claimed on your 2021 tax return.

“He thinks this is a central benefit that will help families, help get women back to work,” Psaki said, noting that more that a million women have left the workforce during the pandemic.

The effort has some similarities to the three rounds of stimulus checks that have been distributed by the IRS to help people weather the pandemic. For one, the enhanced CTC and the stimulus checks are only available to eligible lower- and middle-class families, with upper-income households essentially shut out of the benefit. And secondly, the IRS will deposit the payments directly into bank accounts.

“If you are getting money and don’t qualify, you need to opt out of it,” said Mark Steber, Jackson Hewitt’s chief tax information officer. “You will have to pay that money back.”

In contrast, the stimulus payments’ treatment of overpayment amounted to “a big ‘Get out of jail’ card,” he said.

The IRS last week flagged the overpayment issue: “If you receive a total amount of advance Child Tax Credit payments that exceeds the amount of Child Tax Credit that you can properly claim on your 2021 tax year, you may need to repay to the IRS some or all of that excess payment,” it said on its website.

Who qualifies for cash payments?

Under the American Rescue Plan, the CTC was expanded to $3,600 for each child under age 6 and $3,000 for each child between ages 6 to 17. Previously, the credit had excluded children who had turned 17 and was limited to $2,000 per child.

Aside from having children who are 17 or younger as of December 31, 2021, families will only qualify for the expanded credit if they fall below certain income thresholds:

The IRS on Tuesday said it had created a website that will allow people to check whether they qualify for the benefit, called the Child Tax Credit Eligibility Assistant. To check whether you’ll receive the payments, you’ll need either your 2020 or 2019 tax return (if you haven’t yet filed for 2020). The IRS said if people don’t have a copy of their return, they may be able to use an estimate based on their W-2s or 1099s to determine eligibility.

The IRS pointed out that the Child Tax Credit Eligibility Assistant isn’t a registration tool — it only tells people if they are likely to qualify for the payments.

What if I have kids but my income is above that?

Families may still receive some of the enhanced tax credit if they earn above those thresholds — up to a point. Families will receive $50 less for every $1,000 over an income threshold, until the enhanced payments are phased out for people who earn roughly $20,000 more than those salary thresholds.

In other words, single filers who earn up to $95,000 and married couples with combined incomes up to $170,000 would receive smaller payments, but above that they would be phased out entirely from the enhanced Child Tax Credit.

How much will I get for each child?

For parents, the payments will amount to:

That means that a qualifying family with two parents who file a joint tax return and have two children under 6 will receive $600 in monthly payments for six months, starting July 15 and ending December 15. Over the course of the period, they’ll receive $3,600 in cash from the IRS for their two children.

What should I do to get the money?

“They have to do nothing if their situation was the same as their 2020 tax return — if their address is the same, their bank account is the same, same number of dependents,” Steber said.

The IRS already sent letters to 36 million families who are eligible based on either their 2019 or 2020 federal income tax return, or if they provided information using the “non-filers tool” on the IRS.gov website last year to register for a stimulus payment and qualified based on that data.

The IRS said it will soon send a second letter that will estimate eligible families’ monthly payment, which will begin hitting millions of bank accounts on July 15.

Can I update my bank account with the IRS?

Yes, with the IRS adding that option through its Child Tax Credit Update Portal. The website will tell people if they are enrolled to get the payments through direct deposit.

That is where the July 15 payment will be sent, although people can change their bank account info so that the following month’s payment (which lands on August 13) would be sent to another bank account. The IRS said that people can update their bank routing and account numbers through the portal, and will also have to indicate whether it’s a checking or savings account.

Only one bank account number is allowed for each recipient, which means that people can’t split the money between accounts.

What if the IRS doesn’t have my bank account?

If the tax agency doesn’t have your bank account number in its Child Tax Credit Update Portal, the check will be sent by mail.

But people can also switch to direct deposit by adding their bank account information through the same portal. You’ll need to enter your bank routing number and account number, as well as indicate whether it is a savings or checking account.

What if I don’t file a federal income tax return?

Because the IRS relies on tax returns to determine the enhanced CTC, some people may fall through the cracks, such as low-income households that aren’t required to file tax returns. In that case, the IRS has opened a portal for those families to register for the tax credit (That portal can be found here.)

The IRS says that non-filers will need to provide personal information such as their date of birth, as well as Social Security numbers for themselves and their children. If they have a bank account, they can also enter the bank routing number and bank account number to receive deposits.

Who should opt out of the CTC?

Because the IRS is relying on tax returns to determine payments, it sometimes doesn’t have the most up-to-date information about taxpayers, such as their latest income or number of children.

That could result in some taxpayers either receiving the cash payments when they aren’t actually eligible, or some people receiving less than they are entitled to — such as if they had a child in 2021, which the IRS wouldn’t be aware of since it’s looking at either 2020 or 2019 tax returns for eligibility.

The problem with overpayment is taxpayers will be required to repay any money received. That could happen if, for example, your 2020 income during the pandemic qualified you for the enhanced CTC, but your 2021 income was higher and would disqualify you. In that case, you could be looking at a future bill from the IRS.

How can I opt out of the payments?

The IRS said people will be able to opt out via an online tool, which is now available online. Called the Child Tax Credit Update Portal, the tool allows people to un-enroll from the tax credit before the first payment is made on July 15.

The IRS said that the password-protected CTC Update Portal can be used by families as long as they have internet access and a smartphone or computer. The portal will be updated later this year to allow people to see their payment history and change their bank account information or mailing address.

There is a deadline for unenrolling for the payments. The IRS says people must opt out by June 28 in order to skip the first payment on July 15. If you miss that deadline, you can unenroll for subsequent months, with the agency noting that you must use the CTC Update Portal to unenroll by 11:59 p.m. Eastern time on the third day before the first Thursday of the following month.

That sounds complicated, but the dates to unenroll are:

Can the Child Tax Credit payments be garnished?

Yes, according to the IRS.

The payments can be garnished by a number of creditors, including state and local governments and private creditors. However, some states and financial institutions have decided to shield their constituents and customers’ CTC from garnishment, the IRS said.

For instance, California’s attorney general recently said it is illegal for creditors to garnish CTC payments made to the state’s residents.

Will the CTC payments be reduced for federal back taxes?

No, the IRS said.

The IRS won’t chip away at your monthly payments to cover federal taxes that you may still owe. However, the IRS warned that if you get a refund when you file your 2021 taxes, any remainder amount from the CTC that is included in the refund could be used to offset tax debts.