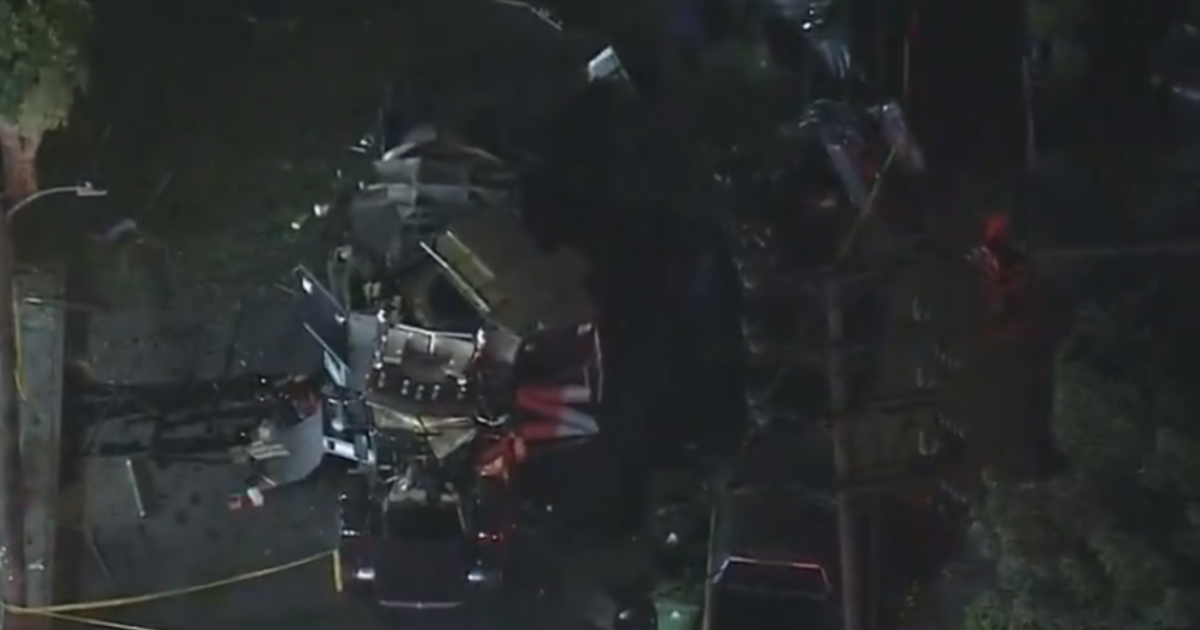 At least 16 people were injured and several cars were damaged on Wednesday when a cache of illegal fireworks confiscated by Los Angeles authorities exploded. Of those injured, 10 were law enforcement officers who sustained minor injuries. Three civilians sustained serious injuries, and three others were hurt in the blast.

The Los Angeles Police Department said in a tweet that it was unsure what had caused the explosion in South Los Angeles.

“Some of the fireworks were being stored in our Bomb Squad trailer as a precautionary measure,” the department tweeted.

According to CBS Los Angeles, officers at the scene yelled “fire in the hole” multiple times and moved away from the trailer shortly before the explosion.

Sky9 reporter Desmond Shaw told CBS Los Angeles that he thought the explosion would be a routine detonation, “and then it just went catastrophically wrong… After it happened, we felt the blast up here, and it just kind of shook up my head a little bit.”

The cache of more than 5,000 pounds of fireworks was seized from a South Los Angeles home earlier on Wednesday. The bomb squad and investigators were on the scene as officers loaded the fireworks into a semi-truck in an alleyway nearby.

Police Chief Michel Moore told CBS Los Angeles that officers found what he described as “improvised explosive devices,” which were placed in a containment vessel, then detonated at around 6:40 p.m. Though a bomb technician believed the vessel should’ve been able to safely dispose of the devices, Moore said something “catastrophic” happened.

“Something happened in that containment vehicle that should not have happened, and we don’t know why, but we intend to find out why,” Moore told the station.

In addition to illegal fireworks, officers found two children at the home, and authorities were planning to open a child endangerment case with the Department of Child and Family Services.

A 27-year-old was taken into custody on suspicion of possession of destructive devices, possession of fireworks and child endangerment. Police claim the suspect obtained the fireworks out of state and was planning to sell them ahead of the July 4th holiday.