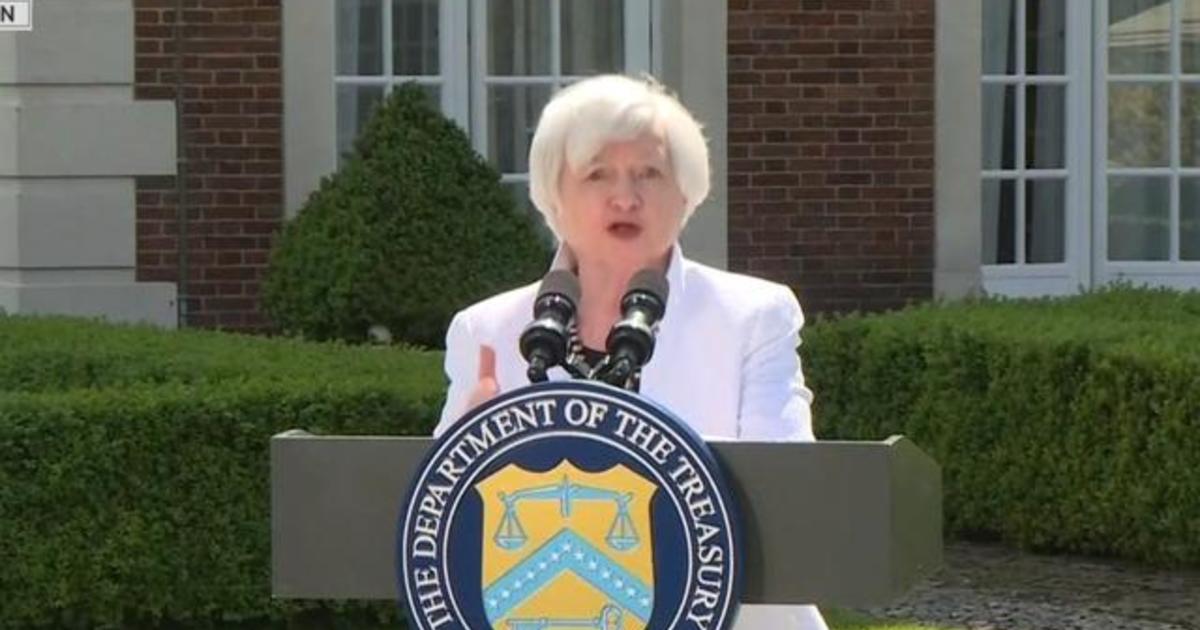 President Joe Biden’s corporate tax plan got a boost Thursday, as 130 countries and jurisdictions signed on to an agreement that would implement a global minimum tax for companies. The administration says the agreement, the first major overhaul of international taxation in a century, will level the playing field and help American business compete.

Treasury Secretary Janet Yellen, who has been leading the United States push for a global minimum tax of at least 15%, called the announcement a historic day for economic diplomacy.

“Today’s agreement by 130 countries representing more than 90% of global GDP is a clear sign: The race to the bottom is one step closer to coming to an end. In its place, America will enter a competition that we can win; one judged on the skill of our workers and the strength of our infrastructure,” Yellen said in a statement. “We have a chance now to build a global and domestic tax system that lets American workers and businesses compete and win in the world economy.”

Yellen said having lower tax rates have not only failed to attract new businesses but have deprived countries of funds for infrastructure, education and efforts to combat the coronavirus pandemic.

The two-part framework, coordinated by the Organization of Economic Cooperation and Development, was first signed onto by the G7 countries in early June as their top finance officials met in London.

It gives countries where a company does business the right to tax some $100 billion in multinational company profits, including digital ones, regardless of the company’s home country or if it has a physical presence in the nation. It also supports the implementation of a global minimum tax of at least 15%. The OECD estimates the global minimum tax would generate around $150 billion in additional global tax revenues a year.

“After years of intense work and negotiations, this historic package will ensure that large multinational companies pay their fair share of tax everywhere,” OECD Secretary-General Mathias Cormann said in a statement. “This package does not eliminate tax competition, as it should not, but it does set multilaterally agreed to limitations on it.”

Countries that have signed on to the agreement include some of the world’s largest economies, including China and India. But there are still some holdouts, including among countries with some of the lowest corporate tax rates such as Ireland and Hungary. Yellen has said the agreement does not need every country to be successful.

The Biden administration’s push to implement a global minimum tax is part of a larger tax proposal that also includes major overhauls to the U.S. corporate tax system including raising the rate from 21% to 28% as well as raising the minimum tax on U.S. multinational corporations from 10.5% to 21%, which would be calculated on a country-by-country basis.

Any changes to United States taxation must be passed by Congress. Republican lawmakers have already criticized the efforts, as well as vowed to make no changes to the tax law passed under President Donald Trump.