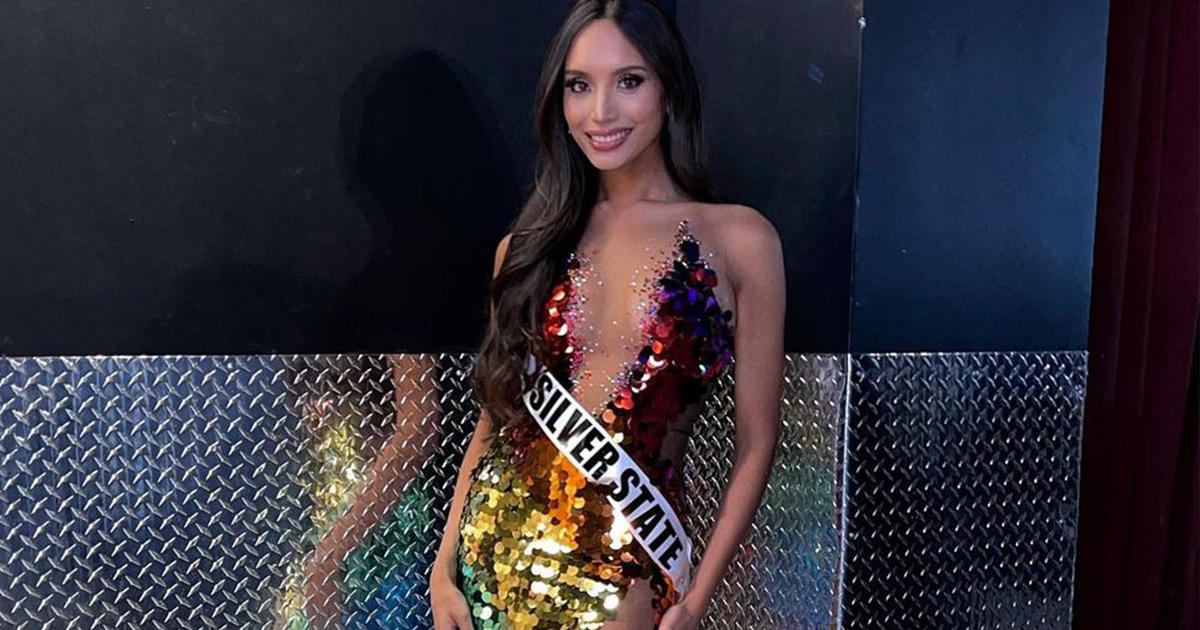 Kataluna Enriquez made history when she was crowned Miss Nevada USA this week. Enriquez is the first transgender woman to win the title and she will compete in the Miss USA pageant later this year.

Enriquez beat 21 other contests during the pageant in Las Vegas on Sunday. The 27-year-old previously won the Miss Silver State USA pageant in March, advancing to the state competition.

“Huge thank you to everyone who supported me from day one,” she wrote in the caption of an Instagram post about her win. “My community, you are always in my heart. My win is our win. We just made history. Happy pride.”

Enriquez, who designs gowns and makes her own pageant dresses, often uses social media to advocate for the LGBTQ community and share her own journey.

“My journey to self love was never easy,” she wrote in one post. “At a young age, I had to learn to live in the shadows to survive. I lived two separate lives. I was beaten, physically & sexually assaulted, refused basic human rights, bullied and even prayed many nights to never wake up.”

“I was shown the lowest so I can learn to reach my highest. But it was never the destination that kept me thriving, it was the journey to self love,” she wrote.

In an interview with the Las Vegas Review-Journal, Enriquez said it was an honor to win the pageant during Pride Month. “I wasn’t nervous. I knew that I had worked really hard and I had my one shot at making history,” she said.

During the interview portion of the pageant, judges asked Enriquez about her experience as a transgender pageant competitor, the publication reports.

“I told the judges that as a transgender woman of color and a survivor of physical and sexual abuse, I am everything that is underrepresented in this country,” she said. “Our voices matter. Those whose voices aren’t always heard deserve the chance to be heard.”

CBS News has reached out to Enriquez, Miss Nevada USA and the Miss Universe Pageant, which runs Miss USA, and is awaiting response.