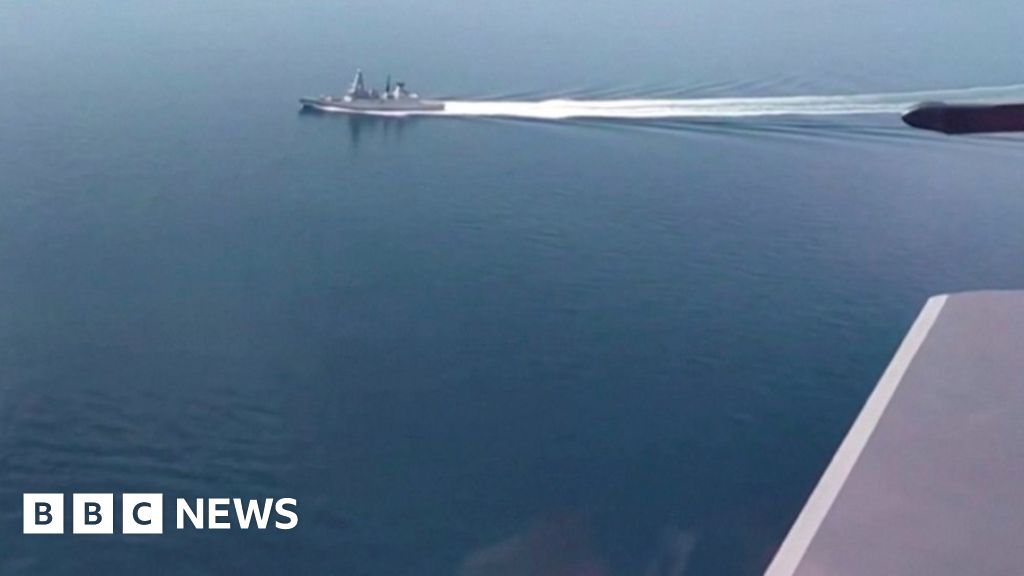 It insisted the destroyer had been “conducting innocent passage” through an internationally recognised shipping route in Ukrainian waters when it was buzzed by Russian warplanes. BBC correspondent Jonathan Beale, on board the ship, said Russian coastguard ships had threatened to open fire and some firing had taken place, but well out of range.