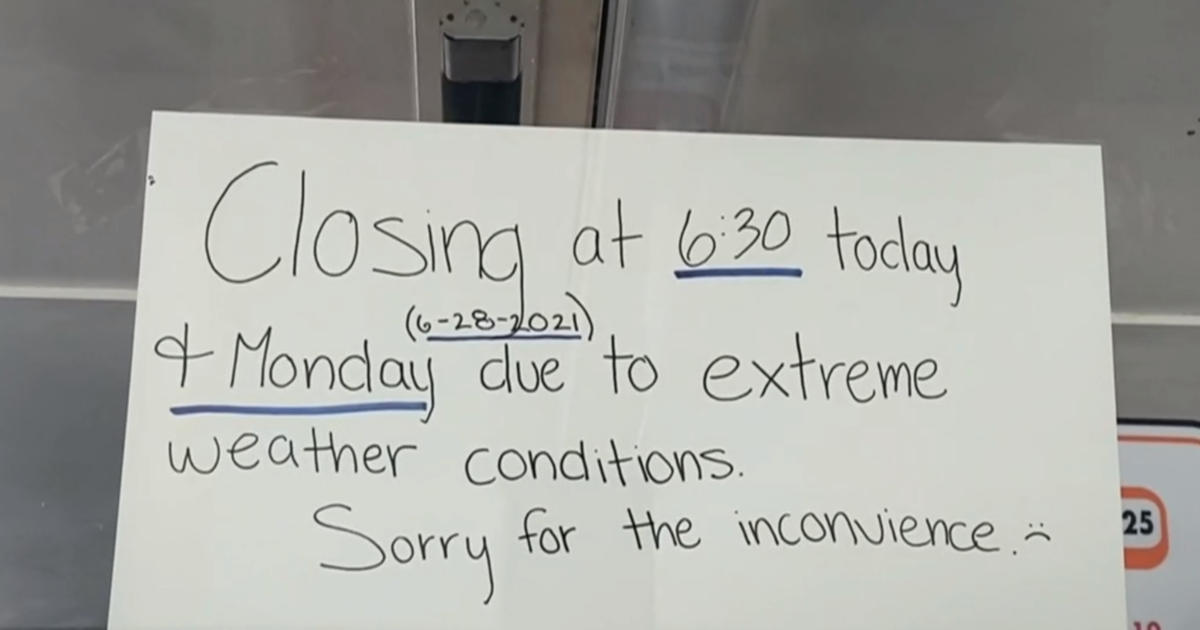 The city of Seattle reached its hottest day on record Monday as crews continue to battle brushfires throughout the Pacific Northwest, the heat putting a huge strain on the region’s power grid.

According to U.S. Census data, fewer than half the city’s residents have air conditioning, leaving people to try to find ways to cool off however they can.

For the first time, Seattle reached triple-digit temperatures for the third day in a row.

“Everything’s sold out. Like today, we couldn’t even get any ice. Everything is completely gone,” Seattle resident Monika Williams said.

For days, a dome of stifling heat has parked itself over the Pacific Northwest, even causing some restaurants to temporarily close and roads to buckle. Tanker trucks in Seattle hosed down draw bridges to try to keep the steel from expanding.

Larry Snyder, who calls himself a “community helper,” is taking donations to give water to the homeless — or anyone in need.

“Water is the one thing people on the street are really short of right now,” he told CBS News’ Lilia Luciano.

In Portland, which reached a record-breaking 116 degrees on Monday, the extreme heat was enough to bring light rail and street car service to a halt.

Some cities even had to close public pools. In Seattle, the hot pool deck made conditions unsafe.

“Part of the reason I moved here was… to come in the summer to have relief from Arizona heat,” Seattle resident Stanlie James said. “And I seem to have brought it with me. So I’m not real thrilled.”

Even at sundown, the city’s temperatures were still in the 90s.

A group of women who came to the Seattle shoreline for some relief said the break from the oppressive heat was “magical.”

While temperatures are expected to decrease this week, it will still be in the 90s in Seattle, about 20 degrees above normal. Hotel rooms throughout the city are sold out — even the CBS News crew are couch surfing with friends or colleagues in the area while reporting.