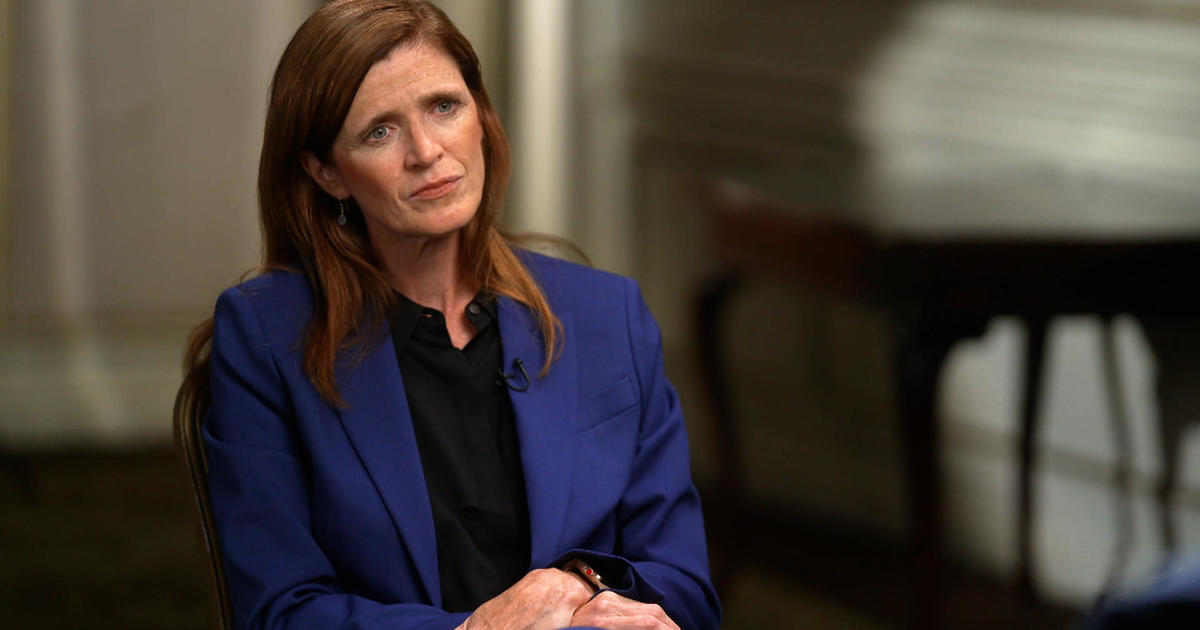 As the new head of the U.S. Agency for International Development, Samantha Power is juggling a wide range of global crises. But none is more pressing than the historic increase of migrants fleeing to the U.S. from Central America.

On her trip to Central America earlier this month, Power tried to strike a different tone than the blunt messaging heard from Vice President Kamala Harris.

“Do not come, do not come,” Harris told migrants during a June 7 news conference in Guatemala, warning they would be turned back at the border.

“Is it fair to say that her visit to Guatemala was controversial?” 60 Minutes+ correspondent Enrique Acevedo asked Power.

“Not here,” Power said. “I mean, I’m sort of following in her wake. And enjoying the positive vibes that I feel, you know, and the recognition that having the vice president of the United States from year one be focused on this as, you know, her top foreign policy priority, I think people know what that means.”

“But for those who have asylum claims, we also want them to be in a position to be able to make those claims,” Power continued. “That’s what Attorney General Garland has said today in saying, ‘If you’ve experienced domestic violence, you are eligible to seek asylum.’ But that’s different than encouraging somebody to take what is fundamentally a dangerous and very, very risky journey to the border.”

“But, ‘it’s not here–‘ acknowledgment that it did create some controversy back home?” Acevedo asked Power. “Democrats and Republicans criticized her visit.”

“Look, I think that she has made very, very clear that we are interested in dealing with root causes of migration,” Power said.

“She was also very clear when she said, ‘do not come,'” Acevedo said. “You’ve said that everyone in the Biden administration is committed to hearing people’s asylum claims. Are these mixed messages?”

“I think we are looking to build out the capacity in the region for people to make those claims,” Power said. “I mean, Vice President Harris is on record so many times you know, in her career talking about the importance of asylum. I mean, she herself, as the daughter of people who come from different parts of the world, like me, a beneficiary of America’s immigration system. So I don’t think there’s any doubt in the Biden administration’s commitment to hearing those asylum claims.”

See more of the interview on 60 Minutes+, streaming now on Paramount+.